The Toronto Blue Jays will begin the quest for the franchise’s first World Series title since 1993 on Friday afternoon when they kick off their wild card series with the Seattle Mariners (who have never even played in a World Series) at Rogers Centre.

Toronto is -174 to win the three-game series at FanDuel and is also -148 on the moneyline to take Game 1 when Alek Manoah takes the mound against Luis Castillo.

Manoah had a microscopic 0.88 ERA in the month of September, and he allowed just two earned runs in 7 1/3 innings pitched in his lone start against Seattle this season. Meanwhile, Castillo has impressed in Seattle since being traded by the Cincinnati Reds just prior to the trade deadline. The right-hander is 4-2 with a 3.17 ERA in 11 starts for the Mariners, and he earned a five-year, $108-million extension for his efforts.

Toronto is +1600 to win the World Series this year and +650 to win the American League pennant.

The exclusive gaming partner of the Blue Jays, theScore Bet, will have a branded food truck at the corner of Front Street and Spadina Avenue near the ballpark serving up some baseball-themed treats prior to each game of the series over the weekend in Toronto.

Fans can grab a Bet Mode Burger, a Walk-Off Wagyu Dog, or Touch Em’ All Tater Tots, among other dishes. 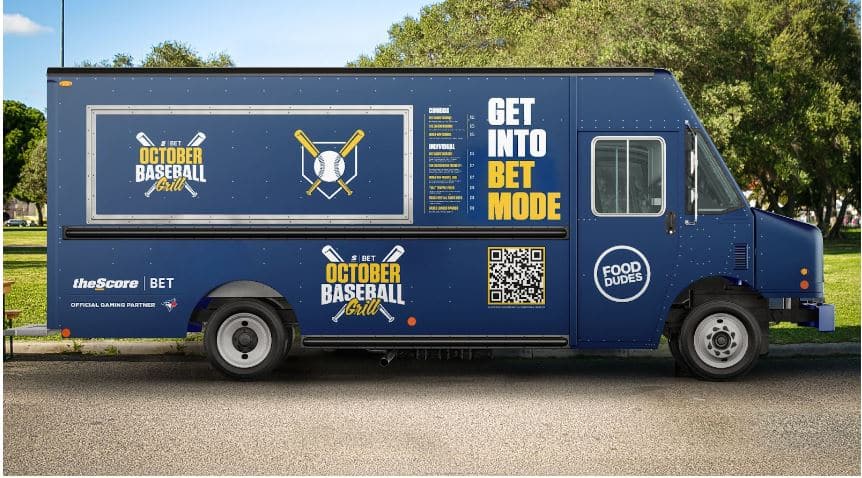 The Responsible Gambling Council, which is based in Toronto, announced on Monday that it has collaborated with marketing and research association ThinkTV on an iGaming public service announcement.

The 30-second PSA, which is targeting new and recreational bettors, reiterates that while online gambling can be fun and exciting, it also comes with significant risks.

“With the rise of online gambling and sports betting advertising in Ontario — and across Canada — we recognized there was a need to help the public understand the sensationalized ads we’re seeing on TV don’t necessarily reflect reality,” said Shelley White, CEO of the RGC, in the release. “It is important for everyone to learn and understand the risks involved when gambling in the online space and how to minimize those risks when playing online. This campaign is more important than ever as new operators continue to enter the market.”

The ad will run across Canadian broadcast networks in Ontario until March 2023, with the potential to expand across Canada.

thinktv is pleased to announce a partnership with the @RGCouncil (RGC) on a vital iGaming PSA, set to hit television and radio waves shortly. The PSA, developed with @ZuluAlphaKilo, was produced to educate the public on the risks of online gambling. https://t.co/caD8y2G2dv pic.twitter.com/fAummkCJ5S

Manitoba Liquor & Lotteries, a provincially owned corporation that contributes to the general revenue of the province of Manitoba through the sale of liquor, gaming, and cannabis, made the results of its 2021-22 annual report public last Thursday.

MLL made $1.41 billion (CAD) for the year ending March, 31, 2022, which is an increase of $206 million over the previous year, when COVID-19 restrictions and closures devastated the local gambling industry.

MLL says close to 300 aging electronic machines will be replaced soon with a variety of new games, while 960 old VLTs will also be replaced.

The only legal online sports betting and casino option in the province is MLL’s PlayNow sportsbook. Specific sports betting revenue numbers were not disclosed in the report and were lumped in with the online gaming data.