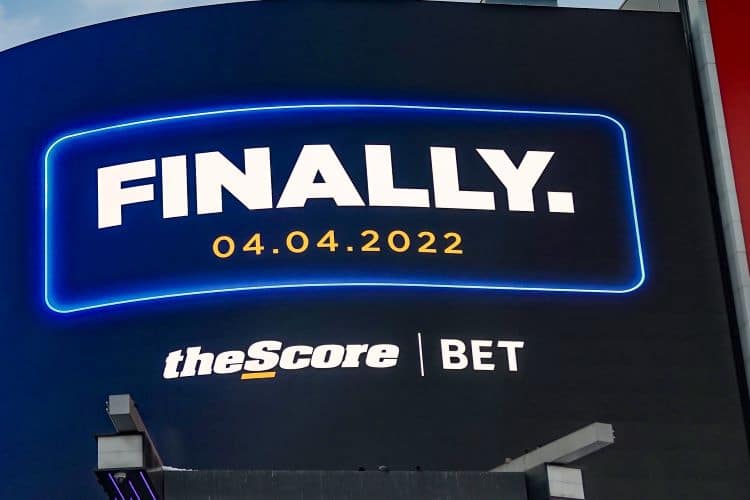 The NHL All-Star festivities are in Las Vegas this year and two unprecedented Vegas-style events have been added to this weekend’s agenda. The NHL Fountain Face-Off will take place on the Bellagio Fountains, while the Las Vegas NHL 21 in ’22 will occur on Las Vegas Boulevard.

Sponsored by DraftKings, both of these Friday night events are sure to be highly entertaining, although Sports Handle couldn’t find any odds at the time of publication due to the final participant list not being finalized.

Las Vegas NHL 21 in ’22: It's blackjack meets hockey.
Full deck of oversized playing cards on a rack. 5 players shoot pucks at them to make “21” in the least number of shots, without going bust. The player who wins two rounds is crowned Puck Shark. pic.twitter.com/0da4jLQhl4

The usual skills competition events — including fastest skater, hardest shot, save streak, and breakaway challenge — will be taking place inside T-Mobile Arena. DraftKings has odds posted for the fastest skater competition, with Connor McDavid listed as the favorite:

TheScore Bet has raised a billboard in its hometown of Toronto following the huge news last Friday that Ontario’s regulated sports betting and iGaming market will open to private operators on April 4. The billboard is located in the highly visible downtown area of Yonge-Dundas square. In addition to last Friday’s news, theScore also announced Thursday it has officially been licensed to operate in the province, effective April 4.

Read more as we get ready for Ontario: https://t.co/Qr7e6sreZw pic.twitter.com/Ptrj4DueNO

“We commend the Ontario government for their tireless efforts throughout this process and are thrilled to now have a confirmed launch date,” said John Levy, CEO of theScore, in a press release. “The AGCO [Alcohol and Gaming Commission of Ontario] and iGaming Ontario have been thoughtful and collaborative in their approach to creating and managing this new industry, and the result is a soon-to-be-launched framework that will bring widespread benefits to Ontarians and establish Ontario as one of the biggest and most important regulated gaming markets in North America. We will be ready to launch theScore Bet in Ontario on April 4 and could not be more excited to finally offer our best-in-class mobile sports betting and iGaming experience to customers in our home province.”

TheScore Bet, which was acquired by Penn National Gaming last October for $2 billion (USD), is already taking wagers in Colorado, Indiana, and New Jersey, and has been positioning itself to become a major player in the Ontario market for years. Some trading news regarding Penn National and theScore also broke Thursday morning.

$PENN National expects theScore Bet will migrate to its own proprietary trading platform in Ontario in Q3 2022 and expects the Barstool Sportsbook app to complete migration in Q3 2023, the company announced today. Barstool is currently partnered with Kambi.

NorthStar Gaming Inc. and Kambi Group announced a partnership Tuesday, wherein Kambi will provide its online sportsbook to the Canadian operator ahead of its April 4 launch in Ontario.

“Kambi’s data-driven sportsbook and flexible technology, along with our proprietary UX approach, will give us access to the market’s most innovative and differentiated sportsbook experience,” said Michael Moskowitz, CEO and a founding partner of NorthStar Gaming. “With valued partners like Kambi, our best-in-class online casino and local sportsbook brand will provide consumers with an engaging and frictionless experience.”

Kambi has partnered with more than 35 operators around the world, including the sportsbooks 888 Sport, Rush Street Interactive, Penn National Gaming, and Unibet.

Last week, NorthStar Gaming also announced a partnership with Playtech, an online gaming software provider. This will allow NorthStar Gaming to launch Playtech’s IMS platform for casino, live casino, poker, iGaming, and sports betting upon regulatory approval from the province of Ontario. NorthStar is based in Toronto and launched as an online betting brand in March 2021 after partnering with Torstar Corp., a mass media company that owns Canada’s largest print newspaper, the Toronto Star.

PointsBet continues to ink strategic partners in Canada after announcing a deal with Alpine Canada on Wednesday.

With the Winter Olympics scheduled to officially begin Friday, Canada’s alpine ski teams will be in the spotlight in Beijing, China, throughout the month of February. Alpine Canada represents the national alpine, para-alpine, and ski cross race teams that compete in the Olympics, World Championships, World Cup, and X Games.

Headquartered in Toronto, PointsBet Canada has been busy this past fall and winter establishing partnerships with the Trailer Park Boys, Curling Canada, the NHL Alumni Association, and now Alpine Canada.

“It was important for ACA to partner with an operator that had a stellar track record as a safe, legal market operator,” said Vice-President Partnerships and Marketing at Alpine Canada Mags Doehler in the release. “As Alpine Canada was considering a sportsbook partnership, we made it a priority that they be Canadian-based and completely committed to safe, legal, responsible gaming, and PointsBet Canada checked all of the boxes.”

The sportsbook announced Thursday it has an approved license to operate in Ontario and expects to launch April 4, along with dozens of other private operators in the province.

In a news release, Chief Kelly La Rocca of the Mississaugas of Scucog Island First Nation condemned the launch and called it a “slap in the face” to First Nations groups in the province, adding that that the iGaming launch is “open to a constitutional challenge.”

This is covered in Section 35(1) of the 1982 Constitution Act under Aboriginal Rights to self-govern. It’s important to note La Rocca is a lawyer, in addition to her duties as chief.

First Nations groups in Ontario currently receive 1.7% of Ontario Lottery and Gaming Corporation’s annual gross revenue from lottery, casino, and sports betting platforms in the province. Once private operators soon flood the market, OLG’s revenue is expected to plummet as it loses a monopoly on the gaming market.

The government failed to uphold its constitutional duty to consult, again. https://t.co/08m9rQHuzC

Chief Adam Pawis of Shawanaga First Nation told Sports Handle in December that the Ontario government and OLG have been cutting out First Nations groups for a long time.

“Only 1.7% of revenue is shared amongst 131 First Nations. There is no concept, at this point, to include us in the iGaming model, sports betting model, in any of these new opportunities,” Pawis said. “By disallowing First Nations in Ontario and across the country to participate, it’s a form of economic genocide.”

“As you may be aware, Mohawk Online is licensed by the Kahnawake Gaming Commission. In fact, the entire gaming industry in Kahnawake operates on the strength of its Indigenous jurisdiction through Kahnawake’s own law and regulations — which have been in place, unchallenged, for over 25 years. Gaming activities in Kahnawake are all conducted/regulated/facilitated on the strength of Kahnawake’s Indigenous rights, which in Canadian law, are reflected in the Constitution Act, 1982, ss. 35(1).

“There are ongoing discussions between Kahnawake and Ontario representatives to have our respective jurisdictions recognized, with the goal to peacefully coexist in the iGaming space. That said, Mohawk Online’s site, Sports Interaction, has the legal authority to accept players from the Province of Ontario, without the necessity of it being registered with the AGCO or IGO. Mohawk Online will continue to accept players from Ontario, whether or not it is registered with the AGCO or IGO.”

AGCO and IGO, the two government entities tasked with developing the legal framework for the regulated market, will have to address whether Sports Interaction is considered an illegal or gray market sportsbook on April 4 when the market launches, or if an exception will be made under indigenous law.