It's another busy week filled with Canadian sports betting news 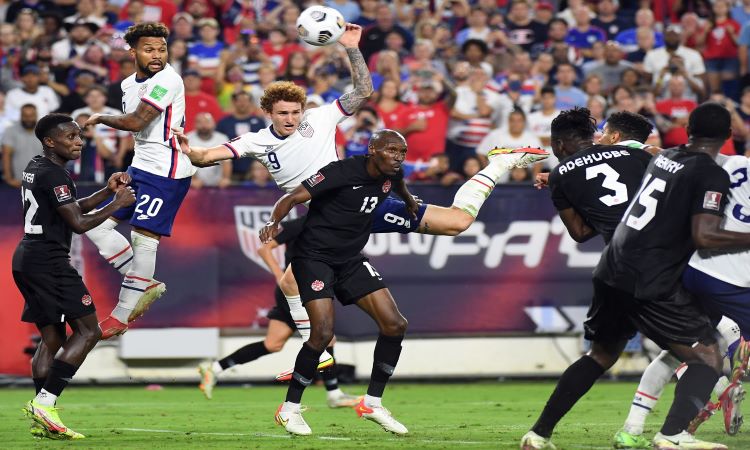 The Canadian men’s national soccer team continues its quest to qualify for the World Cup for the first time since 1986, with three matches in three countries scheduled across the next seven days. With six matches remaining, Canada tops the eight-team table with 16 points (4-0-4), ahead of the U.S. with 15 points (4-1-3). Mexico and Panama sit tied for third with 14 points apiece (both 4-2-2).

The top three countries in the table will qualify for the 2022 World Cup in Qatar, while the fourth-place team will enter an intercontinental playoff to battle for a spot in the event. The odds below come from PROLINE +.

Canada played to a 1-1 tie with Honduras in Toronto in early September and will look to avenge an ugly 8-1 humiliation it suffered during the 2014 World Cup qualifying campaign in Honduras.

Most troubling for Canada will be the absence of star fullback Alphonso Davies after he tested positive for COVID-19 and is now suffering from myocarditis. The 21-year-old from Edmonton, Alberta, has 10 goals and 15 assists in 30 caps for Canada and will be missed during this crucial stretch of games.

This highly-anticipated match against the Americans will be played at Tim Hortons Field in Hamilton, Ontario, but COVID-19 restrictions have put a damper on the event for Canada’s fans. Organizers sold 24,000 tickets for the match within a few hours, but health and safety restrictions have forced the venue to slash capacity by 50% to just 12,000.

Canada played to a 1-1 tie against the Americans in Nashville back in September. The conditions will be frigid this time around, with temperatures expected around 20 degrees Fahrenheit at kickoff.

Odds are not yet available for Canada’s third match in this session on Feb. 2 against El Salvador.

On Wednesday, Chantal Cipriano, vice president of legal, compliance, and people at PointsBet Canada, moderated a virtual three-person Gaming Americas panel that discussed the upcoming launch of Ontario’s regulated iGaming market. The big question on everyone’s mind in the industry is: When will this market launch?

The answer is we still don’t know. All of the panelists confirmed they still haven’t heard about a potential launch date for the regulated market from the Alcohol and Gaming Commission of Ontario and iGaming Ontario, the two government entities charged with establishing the legal framework for the market. However, the general consensus of the 45-minute discussion was that there has been open dialogue between the regulators and operators planning to launch in the province, and that a safe and proper launch is the highest priority.

“They are doing a lot at IGO, OLG (Ontario Lottery and Gaming Corporation), AGCO, we’re just coming out of an another lockdown in the casinos,” said Rich Roberts, president of digital gaming at Mohegan Gaming & Entertainment. “They’ve just been devastated up there. From a casino perspective, from a regulatory perspective, they’ve got a lot on their plate. This is really, really important to us, but they’ve got a lot of other important things to consider for the province of Ontario.”

The panel touched on the potential impact a provincial election in June could have on Ontario’s market launch. A change in government could drastically delay the timeline, so time is of the essence.

“The sooner the better to open. Certainly before an election would be great,” Roberts said.

Industry insiders have told Sports Handle a March launch date is realistic in the province, but noted that is a moving target.

Another Toronto-based operator has taken a significant step toward launching in the province, as theScore Bet became the first to receive RG Check iGaming Accreditation from the Responsible Gambling Council, one of the most comprehensive responsible gambling accreditation programs in the world.

“We elected to undergo RG Check Accreditation to ensure that we are positioned to deliver the best and safest possible experience for our players,” said Josh Sidsworth, general counsel and chief compliance officer, theScore Bet. “It was important to us that we completed this accreditation ahead of theScore Bet’s launch in our home market of Ontario. We’re also pleased to deepen our relationship with the Responsible Gambling Council as we further establish our responsible gaming thought leadership position in Canada.”

In December, theScore Bet announced that it was also the first prospective online gaming operator to receive Gaming Labs International certification for Ontario, satisfying one of the pre-launch requirements it must achieve before it may offer online sports betting and iGaming as a regulated operator in its home province.

Penn National Gaming acquired theScore in October for $2 billion with intent to be a major player in Ontario’s regulated market.

SIGA has not yet announced the winning vendor to carry out these sports betting services, but Sports Handle has learned an announcement will be made sometime in February.

Currently, sports bettors in Saskatchewan can only place legal wagers by purchasing a ticket at a retail store through Western Canada Lottery Corporation’s SPORT SELECT game. Bets have a $100 limit and the offerings are relatively limited.