Note to Pro Leagues: No One Wants to Pay You

by Jill R. Dorson
in Opinion 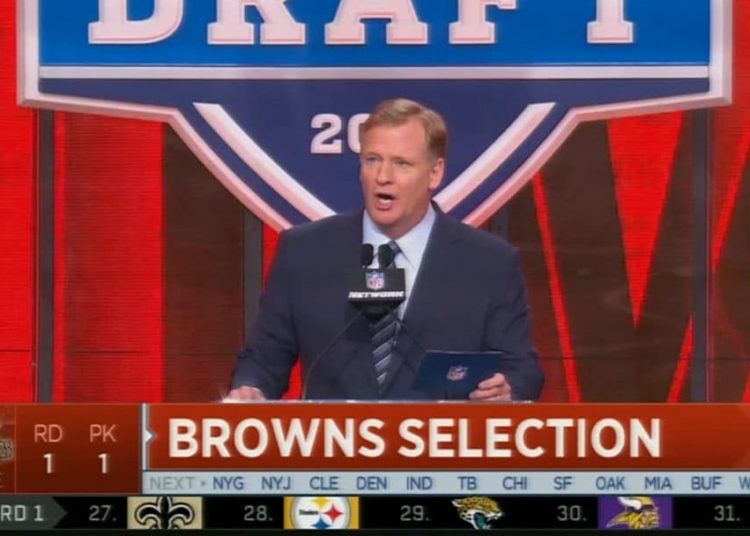 America’s pro leagues are so transparent. Over the last year, it’s been clear that the leagues are generally, at least publicly, not in favor of sports betting. They have claimed again and again that it could impair their games while simultaneously saying that legal, regulated betting is better for business, as opposed to an already-flourishing black market. But securing the benefit of a well-regulated legal market that they have identified is not enough.

The NBA and Major League Baseball have, for months, been lobbying individual states to include an “integrity fee,” which the leagues claim will be used to pay for oversight and investigations should sports betting become legal across the country. The payout, a whopping 1 percent off-the-top of all sports wagers, is nothing more than a payoff. That 1 percent would equate to billions for the leagues to divvy up.

The NFL has been mostly mum on the topic, but the owners are seeing green.

Pro Leagues Long Opposed to Sports Betting Will Continue to Lobby to ‘Protect the Integrity’ of the Game, But Really They Want a Direct Cut.

West Virginia balked at the fee when it passed a sports betting law in March. (Although Governor Jim Justice is attempting to undo this.) There is no such fee paid by sportsbooks in Nevada. And many states considering legislation aren’t enthusiastic about adding an additional tax on what could be their newest stream of revenue. But the leagues will press on.

On Monday, shortly after the Supreme Court sided with New Jersey in Murphy v NCAA, effectively paving the way for states to determine the legality of sports betting on their own, the pro leagues didn’t miss a beat. They are now embracing the idea that the U.S. Congress will help them to “protect the integrity” of their games.

“The NFL’s long-standing and unwavering commitment to protecting the integrity of our game remains absolute,” the league said in a statement Monday. “Congress has long recognized the potential harms posed by sports betting to the integrity of sporting contests and the public confidence in these events. Given that history, we intend to call on Congress again, this time to enact a core regulatory framework for legalized sports betting.”

Translation: We no longer have much leverage in the wake of the ruling. Forget the states, maybe Congress will funnel some money directly our way.

The leagues may be in luck. Utah Senator Orrin Hatch, one of the original authors of the Professional and Amateur Sports Protection Act, which the Supreme Court struck down, has already promised new legislation to “protect” sports. Hatch, who is 84 and will retire at the end of this term, lives in a state (Utah) that has banned gambling and belongs to a religious order (Mormon) that shuns it.

[Also See: The Leagues Vs. Delaware on Sports Betting: Goodwill, Goodell And The NFL’s Fury]

Hatch likely won’t be the only conservative congressman to call for sports betting legislation. And the leagues, apparently, are happy to work with whoever will champion their cause.

“We remain in favor of a federal framework that would provide a uniform approach to sports gambling in states that choose to permit it,” NBA commissioner Adam Silver said in a statement on Monday. “Regardless of the particulars of any future sports betting law, the integrity of our game remains our highest priority.”

Something Everyone Can Agree On

Said MLB in a statement: “As each state considers whether to allow sports betting, we will continue to seek the proper protections for our sport, in partnership with other professional sports. Our most important priority is protecting the integrity of our games.”

All three leagues, along with the NHL, have reportedly already carried their lobbying efforts to a federal level. They also  call the proposed “integrity” fee a “betting right,” or royalty. Which is it?

No one disputes that good, clean games are paramount. No fan or sportsbook or sports bettor will stomach a fix. And it is not good for anyone’s business. All sides can agree on this.

Now that the court has deemed the 1992 law unconstitutional, and New Jersey, Nevada, Delaware and (probably) West Virginia, among other states, will shun overtures for an “integrity fee.”

So maybe it’s time the pro leagues get the message: against your decades-long protests, sports betting is coming out of the shadows and only you believe that states or state-licensed operators should further finance your multibillion-dollar empires. Fans already buy tickets, TV packages, $10 beers, jackets, wastebaskets with team logos, “personal seat licenses,” ice cream helmet sundaes, autographs and memorabilia. I could go on.

The leagues will still make the case for a sports betting fee to Hatch and others in Washington. It’s already started.

And then win or lose, leagues and owners will go back to the states and ask for their taxpayers to help fund to the next new stadium.

[Also See: The NBA Has Zero Legal Claim to One Percent of Sports Bets]