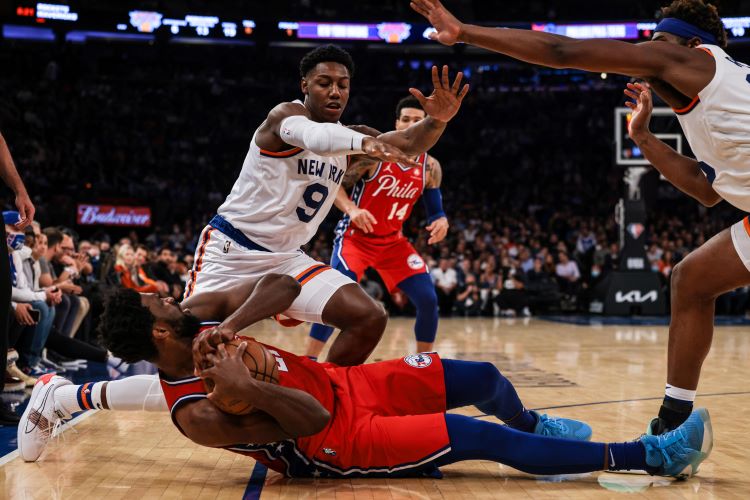 The New York Gaming Commission (NYGC) recommended the issuance of nine mobile sports wagering operator licenses on Monday, confirming that the industry’s largest names will likely gain entry into the market when the state intends to launch online sports betting early next year.

Industry stakeholders had a strong inkling about the winners of the hotly contested bidding process last week, when reports surfaced that the nine companies had emerged from the pack. The only suspense on Monday was if the commission would add a 10th bid recommendation. Rumors swirled last week that Fanatics, Penn Sports Interactive (Barstool Sportsbook), and Bet365 all remained in the running for the 10th recommended bid. In the end, none of the three were selected by the commission.

The commission is targeting a launch date early next year, before the kickoff of the Super Bowl.

“We’re pleased to share that BetMGM has been granted a license to operate mobile sports betting in New York, a state vital to ensuring nationwide leadership in sports betting and iGaming over time,” BetMGM CEO Adam Greenblatt said in a statement. “We would like to thank the New York Gaming Commission as well as congratulate them for keeping to their timetable.”

Other comments from top gaming executives:

“The evaluation committee conducted a fair, comprehensive, and impartial evaluation of all applications,” Williams said at Monday’s meeting.

The Kambi-led consortium, which submitted an initial preferred tax rate of 64%, received the highest total score from the committee, the commission disclosed Monday. With four platform providers and five operators, the committee satisfied the statutory mandate by awarding the first bid to the Kambi group.

The evaluation committee then proceeded to an additional phase of license evaluation, Williams explained. There, the committee had the option of recommending additional licenses to qualified applicants if it determined that their entry into the market would be in the “best interest of the state,” he added. In conducting the review, the committee determined that the addition of the FanDuel-led consortium would result in a higher aggregate revenue for the state on a long-term basis. At this stage, the committee eliminated Bet365 from the bidding process.

Under a final tax rate matrix established by the commission last month, the nine operators will be assessed a tax rate of 51% on the company’s online sports betting gross gaming revenues in the Empire State. Had the Kambi-led group received exclusivity on the market, the final rate would have remained at 64%.

New York published a Notice of Proposed Rulemaking in the state register on Sept. 1 regarding the state’s comprehensive proposed mobile sports wagering regulations. When a 60-day public comment expired on Nov. 1, the state received seven comments from industry stakeholders. An amended version of the proposed rule text, none of which received substantial changes from the first incarnation, was released to the public on Nov. 3, according to a memo from Edmund Burns, general counsel for the commission.

In total, the state received seven comments, including one from sports betting data provider Sportradar. The proposal from Swiss-based Sportradar urged the commission to modify the regulations to enable licensees to use an alternative data source, in lieu of official data, if the platform could pass certain suitability tests. In response, the NYGC modified the provision to allow operators to use alternative data sources, at the discretion of the commission (see below, amended parts in bold).

The commission unanimously approved the proposed rules that allow for mobile sports wagering through servers located at gaming facilities throughout the state.

Mobile sports betting is projected to generate $500 million in annual tax revenue for New York state at market maturity, according to estimates from former Gov. Andrew Cuomo’s administration. Its size alone should make New York one of the largest sports betting markets in the nation.

The proposed mobile sports betting rules will likely be published in the state register on Nov. 24, Williams indicated. Of the nine operators that received license approval on Monday, seven were granted additional conditional licenses as platform providers. Under New York state law, platform providers will be assessed a fee of $25 million for entry into the market.

“With New York moving closer to the goal line to witness its first mobile sports bet, we must remain focused on providing a premier product and giving New Yorkers the best mobile sports betting options in order to effectively compete with neighboring states like New Jersey,” New York State Sen. Joseph Addabbo Jr. said in a statement. “Of utmost importance remains the timeframe for the servers that validate the mobile bets to be up and running, ready to take New York’s first mobile sports bets in January and in time for the 2022 Super Bowl.”