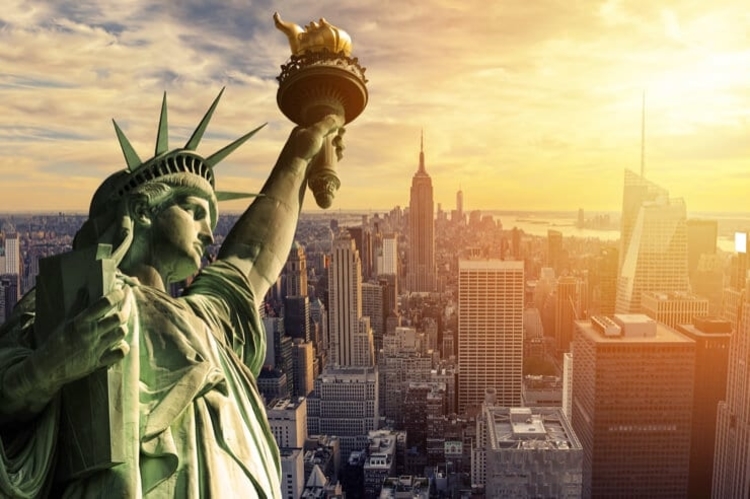 For weeks, speculation mounted that a slew of prominent sportsbooks could band together to form a so-called “super bid” in a determined attempt to land New York state’s lucrative contract for mobile sports betting.

On Monday night, when the New York Gaming Commission revealed a list of mobile sports wagering applicants for the hotly contested bidding process, the conjecture became reality. In total, the commission received six applications with 14 overall sports betting-related companies interested in gaining licensure. The list is highlighted by a super bid featuring industry heavyweights FanDuel, DraftKings, and BetMGM. A fourth company, Bally Bet, is also listed in the bid as a partner.

FanDuel is taking the lead as primary applicant, with DraftKings and BetMGM also listed as partners. Under New York law, the commission is tasked with awarding contracts to a minimum of two platform providers and a minimum of four sports betting operators. A platform provider will be responsible for running all the hardware, software, and data networks required to process a sports bet. The operators, under proposed New York regulations, will offer sports bets on wagering systems maintained by the platform providers. There is no ceiling on the number of mobile sports betting licenses the commission can award.

All of the bids were submitted Monday in time for the commission’s 4 p.m. ET deadline — one day before Gov. Andrew Cuomo announced his resignation, effective Aug. 24. Cuomo previously forecasted that New York could emerge as the nation’s largest sports betting market, with sports wagering generating as much as $500 million in annual tax revenue for the state. The intricate bidding process appears to set a tax floor of 50% for mobile sports betting participants.

The inclusion of the aforementioned triumvirate on a single application comes as little surprise. The consortium, as The Athletic reported, may add side deals with several professional sports teams, including MLB’s New York Yankees, the NFL’s Buffalo Bills, the NHL’s Buffalo Sabres, and New York City FC of MLS. A critical factor in the scoring process centers around a platform provider’s ability to generate long-term revenue for the state. By bringing the four teams aboard, the sportsbook operators may embark on a comprehensive customer acquisition strategy in marketing their products to bettors inside the respective venues. The facilities can also geofence key areas to give partnering sportsbooks exclusivity on all wagers placed via mobile app.

DraftKings, FanDuel and others team up with Yankees, Bills, Sabres in New York mobile betting bid – The Athletic https://t.co/k23CLybhN2

Also on Monday, DraftKings announced the proposed acquisition of Golden Nugget Online Gaming in an all-stock transaction valued at $1.56 billion. The deal, which would enable DraftKings to tap into the Golden Nugget/Landry’s customer database of 5.5 million users, is expected to result in over $300 million of EBITDA (earnings before interest, taxes, depreciation, and amortization) synergies at maturity, Macquarie analyst Chad Beynon wrote in a research note. During the scoring process, applicants will also be judged on their player acquisition models and player loyalty programs, according to the commission. Hence, a host of sports betting companies have engaged in a flurry of mergers and acquisition (M&A) activity over the last week as applicants scrambled to improve their bids.

“Ultimately, we want to have a whole series of products. We certainly have ambitions to one day be like an Amazon. They started selling books, now look at them. I think that’s where we we’d like to take the company long term,” DraftKings CEO Jason Robins said during an appearance on FOX Business Network’s Varney & Co.

There is also speculation, according to The Athletic, that the bid includes the Oneida Indian Nation, though the tribal entity is not listed by the commission as a partner. Any applicant that submits a revenue-sharing plan with a Native American tribe will receive five additional points, according to the commission.

New York State’s Take: Up to $100 million if all four companies are selected as platform providers.

Kambi, a European-based sports betting tech provider with a U.S. hub in Philadelphia, submitted two bids by Monday’s deadline. While Fanatics may appear to be a wild card at first glance, the sports e-commerce giant raised $325 million in a funding round that closed Monday. The additional funding is aimed at expanding the company into new lines of business, most notably sports betting.

Penn National, which operates its sports betting division under the Penn Sports Interactive banner, continues to make inroads with its sports betting operations. Last week, Penn National announced the proposed acquisition of Toronto-based theScore in a $2 billion cash and stock purchase. Penn National previously completed its acquisition of a 36% stake in Barstool Sports in February 2020. The addition of theScore provides Penn National with more optionality through integrated media offerings, along with the opportunity to operate its own tech stack, CEO Jay Snowden said during the company’s second quarter earnings conference call. In terms of Barstool, company founder Dave Portnoy took Cuomo to task last year for his temporary ban of indoor dining at New York City restaurants. Barstool could benefit from Cuomo’s departure.

New York State’s Take: Potentially up to $75 million, if all three companies are selected as platform providers, but more likely $50 million, assuming both Kambi and Penn National are chosen by the commission.

If Kambi’s first offer is not successful, the tech provider will try again through a super bid of its own. The bid features several household names, headlined by Caesars Entertainment. Last week, Caesars officially completed the rebrand of its sports betting properties with the launch of Caesars Sportsbook. Caesars intends on spending $1 billion over the next 30 months to expand its sports betting customer base, CEO Tom Reeg said during the company’s second quarter earnings conference call.

WynnBET increased its profile on Monday when it added NBA Hall of Fame center Shaquille O’Neal as a brand ambassador.

New York State’s Take: With the majority of companies running their own digital sportsbooks on this bid, the state could bring in at least $100 million in one-time fees if four or more are selected as platform providers.

FOX Bet, theScore, and bet365 all submitted primary applications without any partners. FOX Bet is embroiled in a nasty legal battle with Flutter Entertainment on Fox’s option to purchase a stake in FanDuel. The solo bid from FOX Bet gives the sportsbook operator a safety net if its sports betting partnership with Flutter deteriorates.

Similarly, theScore also has a separate pathway into the New York market on the off chance that its merger with Penn National doesn’t play out. During the early stages of the bidding process, there has been speculation that a solo bidder could propose a preferred tax rate in excess of 50% to sweeten its bid. At this stage of the bidding process, the gaming commission did not require applicants to disclose preferred tax rates to the public — and as of Tuesday, none have.

Following Monday’s deadline, the applicants may be required to make an informational introductory presentation before the commission, according to a 130-page Requests For Applications released by the state in July. The presentations will not be held earlier than Sept. 1, the commission wrote in the RFA.