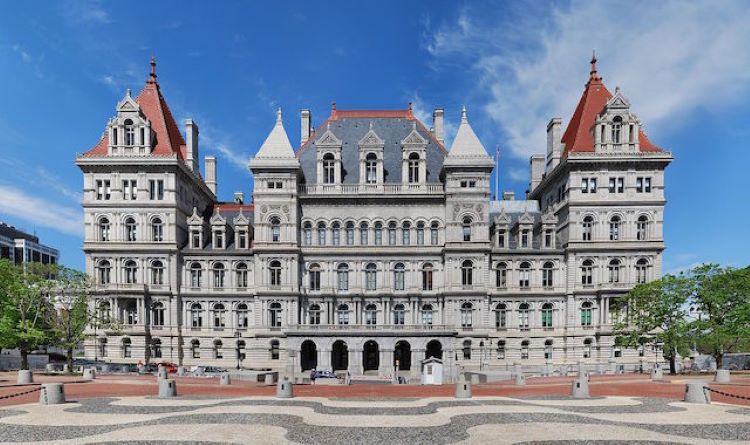 Members of the New York State Legislature returned home on Friday from state budget negotiations in Albany, as the odds of reaching a deal on mobile sports betting by the start of Easter weekend grew slimmer by the moment.

With the legislature off on Sunday for the Easter holiday, it became more apparent that discussions could drag into next week if a deal on legalizing online sports wagering cannot be hammered out by the completion of Saturday’s Final Four. Earlier this week, New York leaders failed to pass a timely budget for the second consecutive year when a midnight deadline passed without a deal.

Mobile sports betting entered the fray in this year’s budget negotiations after Gov. Andrew Cuomo unveiled a plan for bringing the activity to the Empire State in January. At the time, Cuomo emphasized that New York could eventually become the nation’s largest market for online sports betting.

A spokesperson from Gov. Cuomo’s office did not immediately respond to a request for comment on Friday afternoon.

A potential dispute involving the state’s tribal casinos, including properties owned by the Oneida Indian Nation, may complicate negotiations. Representatives from the Oneida Nation, which owns and operates the Turning Stone Resort Casino in Verona, were informed this week that language regarding tribal mobile sports wagering could be stripped from a proposed bill, a source told Sports Handle.

Under a 2013 agreement with the state, the tribe received exclusivity on all new online and retail casino games in a region that encompasses 10 counties in Central New York: Cayuga, Chenango, Cortland, Herkimer, Lewis, Madison, Oneida, Onondaga, Oswego and Otsego. Language in two current legislative bills, S 1183 in the Senate and A 1257, in the Assembly, allows the tribe to opt in to the state’s mobile sports betting scheme by positioning a tribal mobile server inside a New York commercial casino. A proposed bill in the Senate authored by Sen. Joseph Addabbo Jr. calls for the issuance of 14 mobile sports betting skins or platforms statewide as part of an inclusive model that is viewed as a favorable one for sportsbook operators.

In response to the idea that the tribes could be cut out, a bipartisan group of legislative leaders from Central New York, led by Sen. Joseph Griffo (R–Rome) issued a statement, warning that the exclusion of the Oneida Nation from an enacted compromise on mobile sports betting could result in the annual loss of $70 million in settlement payments per year. Griffo was joined by two members of the state Assembly, Marianne Buttenschon (D–Marcy) and Pamela Hunter (D–Syracuse).

As the debate continues over online sports betting in New York, I am calling on the legislature and Governor to not pass a mobile sports provision as part of the budget that would cut out major parts of Upstate New York by not including tribal nations in the final bill.

Furthermore, the tribal groups negotiated language with the legislature that the Oneida Nation would be willing to waive the exclusivity zone for mobile sports betting purposes if the tribe were allowed to offer online sports wagering in New York.

“Simply put, cutting out major parts of Upstate New York from participating in mobile betting and threatening millions of dollars to our counties is terrible public policy and could easily be avoided. New York State must not put our communities at financial risk by excluding Central New York from mobile gaming,” the bipartisan group wrote in the statement.

By excluding the Oneida Nation from mobile sports betting, New York could potentially put itself into a “breach of the settlement,” the Central New York lawmakers warned.

As of 5 p.m. ET on Friday, the state had passed only one of 10 bills comprising the budget, with no additional budget bills scheduled to be introduced on Friday evening, according to WMHT of New York. Due to COVID-19, reporters have been restricted from entering the New York Capitol Building during negotiations. As a result, there have been conflicting reports throughout the week on the state’s progress in completing the budget.

“With the restrictions in the building, I do think it lends itself more to secrecy in a place that already was pretty good at secrecy and no transparency to begin with,” New York Senate Minority Leader Robert Ott told reporters.

Addabbo’s bill contrasts starkly with Cuomo’s state-run model under which the New York State Gaming Commission would issue a request for proposals (RFP) to select an operator or operators to offer online sports wagering in the state. But since negotiations intensified this week, Addabbo’s staff proposed a so-called hybrid model that would allow for more operators to enter the market than Cuomo’s initial plan.

Multiple sources today have said today a meeting among negotiators last night re: mobile sports betting legalization in NYS did not go well. But, they will again today, remotely, in Albany.

On Thursday afternoon, the sides appeared to be nearing a deal on mobile sports betting, multiple sources told Sports Handle. Despite an apparent setback on Thursday night, Addabbo still indicated on Friday that there is a 50-50 chance of a completed deal on online sports wagering, per the Buffalo News.

.@SenJoeAddabbo, Senate sponsor of mobile sports betting measure, putting odds of its passage in looming NYS budget at 50-50. If not now, he says, it will be more than a year before idea could advance again this far (cuz of various politics around the issue).

“There is still a pulse,” Addabbo told The Capitol Pressroom, a WCNY blog on Friday, when asked on the status of mobile sports betting negotiations. 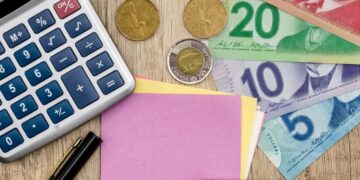 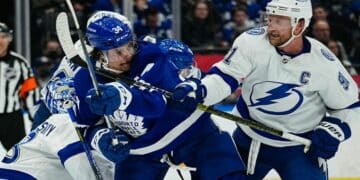 Canada’s Single-Event Wager-versary: A Look Back At The Past Year