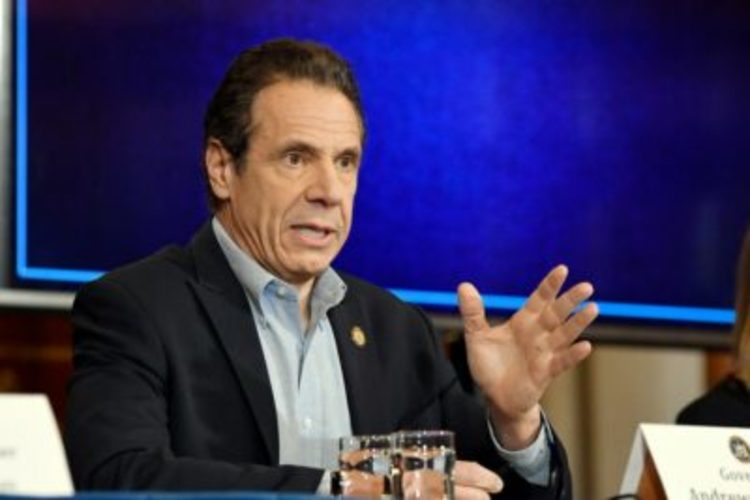 With several days of intense negotiations and the Easter holiday in the rear-view mirror, New York lawmakers appeared to inch closer Monday to a deal on mobile sports betting before another wrinkle in an ongoing tribal dispute provided a setback in the state’s attempt to legalize online sports wagering.

Five days after New York missed a deadline for passing a timely budget, Gov. Andrew Cuomo said Monday the state has reached a “conceptual agreement” on all of the outstanding issues related to enacting a Fiscal Year 2022 budget, one the three-term governor described as the most complicated of his tenure. Cuomo even spent several minutes during a Monday afternoon press conference articulating a plan to bring mobile sports betting to all 62 counties in the state. While there were some signs that the Cuomo and his negotiators may have bridged a gap in discussions with the Oneida Indian Nation, it became clear Monday evening that the administration has not yet done enough to reach an accord with the Central New York tribe.

As of 8 p.m. ET, it was still unclear if the state would finalize an agreement on mobile sports betting before the completion of Monday night’s national championship in college basketball between Gonzaga and Baylor.

The Oneida Nation, as part of a 2013 agreement with the state, gained exclusivity for all new online and retail casino games in a 10-county region in Central New York. The region includes Turning Stone Resort Casino, which is owned by the tribe, and Syracuse University, the 2003 national champion in men’s basketball. Two proposed legislative bills,  S 1183 in the Senate and A 1257, in the Assembly, enable the tribe to opt in to the state’s online sports wagering plan by placing a mobile server inside a New York commercial casino. However, the tribe was informed last week that language in the bills pertaining to tribal mobile sports betting could be stripped from an enacted compromise, a source told Sports Handle.

In response, two county executives from the region and a bipartisan group in the legislature warned that the state and various localities could lose up to $70 million in settlement payments from annual slot revenue if the Oneida Nation is left out of a mobile sports betting agreement. Hours before Cuomo’s Monday press conference, a legislative source characterized the ongoing sports betting discussions as “very positive,” while adding that Senate leaders appeared confident that a deal could be reached for the entire state, including Native American tribal zones, according to the Buffalo News.

Senate source: Sports betting "talks are very positive and the Senate feels very strongly that we're going to get a resolution that includes the entire state, including Native American exclusivity zones. That's our goal."

Robert Mujica, Cuomo’s budget director, later explained that the administration supports a deal that allows the Oneidas to participate in mobile sports betting, while honoring the terms of any existing compact with the tribe.

“We are actively working to draft legislation that would reflect all of those principles,” Mujica said.

Asked by a reporter Monday to explain why a group of legislators has personally blamed him for the potential loss of millions of dollars to Oneida County if the tribal dispute is not resolved, Cuomo replied with a sarcastic retort.

“Is that what the legislators said, that I want to cost Oneida County $20 million a year? Why, how arbitrary and capricious must that be of me,” Cuomo said with a laugh. “How unreasonable, that governor.”

A point of contention between the sides surrounds the competitive bidding process for mobile sports betting in New York. Under Cuomo’s proposal released in January, the New York State Gaming Commission would issue a request for proposals (RFP) to select one or more providers to offer mobile sports wagering across the state. Mujica disclosed on Monday that the state may contract with several “entities” on an online sports wagering agreement, rather than a single operator.

Cuomo’s model is similar to one in New Hampshire, where the state lottery awarded DraftKings an exclusive contract for online sports betting. Last week, a source with knowledge of the negotiations told Sports Handle that Cuomo has sought a revenue sharing agreement that could entitle the state to around 50% of an operator’s gross gaming revenue (GGR) from online sports betting. In New Hampshire, DraftKings pays New Hampshire 51% of its gross gaming revenue (GGR) from its mobile channel in exchange for exclusivity to the market.

Less than an hour after Cuomo’s press conference, the Oneida Nation issued a detailed statement in rebuttal. The tribe, according to another source familiar with the discussions, appears hesitant to waive the tribal exclusivity zone for mobile sports betting without a guarantee that it will not be cut out of an agreement on online sports wagering.

The Oneida Indian Nation offered a compromise on mobile sports betting that addressed all issues related to its exclusivity. This compromise was approved by the State Senate and Assembly, and supported by Indian and commercial casinos in New York. It appears that the State nevertheless is rejecting that compromise. We will review the final language, but we have serious legal doubts about this legislation and the impact it will have on Central New York. We regret that the State is  not trying to resolve these issues cooperatively, and we remain open to discussing an outcome that works for the State, the Nation and our entire region.
–Statement from the Oneida Nation in response to Gov. Cuomo’s press conference on April 5

On the legislative side, Sen. Joseph Addabbo Jr. has floated a proposal under which New York would do a trial run for mobile sports betting, beginning in September for the start of the NFL season. The trial period would last several months through next year’s Super Bowl. In several other states, the RFP process for selecting a commercial partner for a state-run sports betting scheme has been lengthy, taking upwards of six months.

“At the end of the day, it’s an RFP that the state is drafting,” Mujica said Monday. “We think that when that selection is finally done, it will result in a way that respects the sovereignty of the nation, respects the compacts and also enables the state to get a portion of the sports wagering that it will get from all of the other counties as well.”

When Cuomo outlined a state-run model on Monday, he mentioned DraftKings and FanDuel by name as the type of companies that could contract directly with a state in such a partnership. Cuomo, though, did not indicate that the state would consider awarding a contract to either company.

Wonder if the unknown of how the system will work is what held $DKNG and $PENN back today.

A fully mature market for mobile sports betting, as early as 2025, could bring the state up to $500 million in annual revenue, according to Cuomo’s projections. The projections have been met with skepticism by numerous fiscal experts in the sports betting industry given that sportsbooks in 18 states and Washington, D.C., collected less than $8 billion on a handle of $21.4 billion in 2020.

“We don’t need the casinos as a middleman,” Cuomo said at Monday’s press conference.