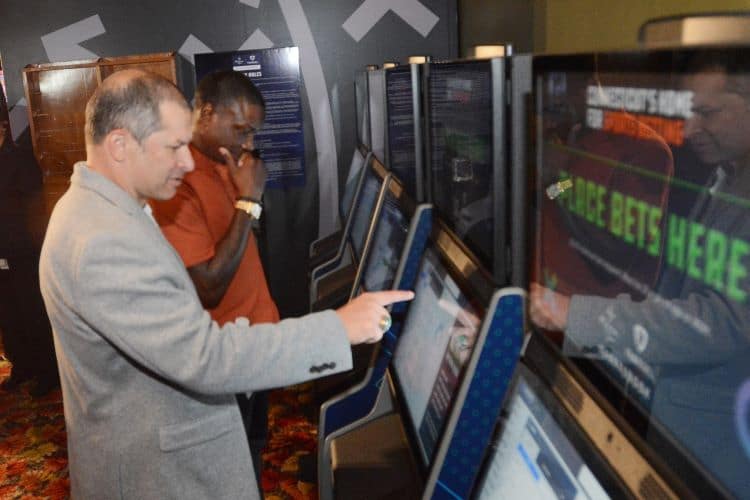 For the nine recommended bidders that received a conditional mobile sports betting license from the New York Gaming Commission earlier this month, the heavy lifting is already done.

Still, there is a considerable amount of work in front of the industry’s top players until sportsbooks can offer a mobile product to New York customers – possibly as soon as the run-up to the Super Bowl. From the vantage point of the commission, the ball is in their court.

“It would be in the control of the recommended bidders when they become operational and thus get to market,” New York Gaming Commission Executive Director Robert Williams said at a Nov. 8 commission meeting.

At the meeting, the commission awarded conditional licenses to nine mobile sports betting operators and eight platform providers. A platform provider is responsible for managing the hardware, software, and data networks that the operators will use to facilitate thousands of wagers per day.

Who's in (lot of usual suspects), who's out (Barstool, among others), and what's what for online sports betting in New York.@MattRybaltowski breaks it down. https://t.co/v7GsBdT5fn

Of immediate concern for the platform providers is securing an agreement with one of four, non-tribal upstate casinos to house the mobile servers needed to effectuate the wagers. While there are other statutory and regulatory obligations the platform providers must meet before going live, completing a deal for housing a server is widely viewed as their top priority. According to the commission, the platform providers are jointly responsible for making a cumulative annual payment of $20 million to the four commercial casinos ($5 million each) for hosting servers and other equipment.

At first glance, several potential partnerships appear to be a natural fit. The commission approved a set of regulations in June 2019 that allowed the casinos to open retail sports betting lounges inside the facilities. Weeks later, New York Assemblyman J. Gary Pretlow joined a contingent of politicians who placed the first legal sports bets statewide at a ribbon-cutting ceremony inside Rivers Casino in Schenectady. Pretlow, chairman of the Assembly’s Committee on Racing and Wagering, made a $20 wager on MLB’s Seattle Mariners to defeat the Oakland A’s.

It is important to note that a mobile sportsbook operator is not required to partner with the same casino with which it maintains a retail partnership. For instance, although FanDuel operates a brick-and-mortar sportsbook at Tioga Downs outside of Binghamton, FanDuel can select one of the three other upstate casinos as a location to house its mobile server.

To that end, here’s a list of the four casinos and their retail partners:

‘A lot’ of hoops to jump through

If a platform provider is unable to come to an agreement with a gaming facility on a mobile sports betting server, the commission has the authority to order a housing location, Williams said. With eight platform providers set to enter the market, the annual fee per company currently stands at a minimum of $2.5 million. The fee per provider will increase if fewer than eight become operational.

When the commission released a comprehensive 130-page Requests For Applications (RFA) in July on the process for selecting mobile sports wagering operators, it outlined a set of protocols for the housing of mobile servers. Pursuant to N.Y. Racing, Pari-Mutuel Wagering and Breeding Law § 1311(3) each commercial casino is required to house a server in exchange for an annual fee of $5 million, plus reasonable and actual costs determined by the commission. In addition, each platform provider is required to construct a server room under their licensing commitments.

A platform provider must also get its software tested and approved by an independent testing laboratory to ensure that it operates in accordance with commission standards, Williams noted. The gaming facilities will not conduct a bidding process for the server rooms.

Several platform providers declined comment this week when asked by Sports Handle whether their companies were close to reaching a deal for the housing of their mobile servers in New York.

"Of utmost importance remains the timeframe for the servers that validate the mobile bets to be up and running, ready to take New York’s first mobile sports bets in January and in time for the 2022 Super Bowl.”

The process is not easy. Bisect Hosting is a server-hosting company dedicated to providing servers for popular video games such as Minecraft and ARK. While there is not an apples-to-apples comparison between mobile sports betting and video game servers, there are some commonalities. Among the qualities a hosting company should look for in a first-class server, according to Bisect Hosting, are low latency, strong cybersecurity protections and reasonable backups. Additionally, the mobile sports wagering licensees must meet other regulatory duties ranging from “provision and approval of final internal controls” to assurances regarding “geofencing and state borders,” Williams explained.

Asked this week to describe the challenges of securing robust account verification technology in a timely manner, Spotlight Sports Group executive Rick Wolf responded that it is a “very complex question” without a simple answer. Wolf, senior vice president of B2B and fantasy sports at Spotlight, appeared on a SportTechie webinar that addressed emerging technologies for fantasy sports and sports betting publishers. Eliot Crist, who serves as chief operating and technology officer at the FTN Network, echoed Wolf’s sentiments.

“I don’t necessarily know all the hoops they have to jump through, but I would have to imagine that it’s a lot,” said Crist, of the challenges before the sportsbooks.

The selection of the Kambi-led consortium represents a positive development for the Oneida Indian Nation, owner of the Turning Stone Resort Casino in central New York. The Oneida Nation opened a retail sportsbook, The Lounge with Caesars Sports, in August 2019.

The Kambi consortium also partnered with the Oneida and St. Regis Mohawk tribes as part of its mobile sports betting application. Each tribe will receive a guaranteed revenue stream, plus a performance-based incentive bonus from the operators, according to Kambi’s proposal. Upon issuance of operator licenses to Caesars and Wynn, the Oneida Nation will waive certain rights, including a 10-county exclusivity zone that would allow the nation to launch mobile sports betting upon adoption by the state.

“We are pleased New York State followed through on its commitment to include central New York in its mobile sports betting program,” Joel Barkin, the Oneida Nation’s vice president for communications, told Sports Handle. “We look forward to working with our partners at Caesars Entertainment and Wynn Resorts to offer mobile sports betting to our guests early next year.”

In April, the Oneida Nation warned that it could withhold payments from a 2013 settlement with the state if the state carved out the central New York region from mobile sports betting opportunities.

New York’s legislative leaders are still hopeful that mobile sports betting will debut in the Empire State shortly before the Super Bowl. The commission has yet to clarify if it is targeting the start of the NFL playoffs or Super Bowl week for a potential go-live date. The state could leave millions of dollars on the table if it opts for the latter.

“Of utmost importance remains the time frame for the servers that validate the mobile bets to be up and running, ready to take New York’s first mobile sports bets in January and in time for the 2022 Super Bowl,” New York state Sen. Joseph Addabbo said on Nov. 8 after the commission awarded the conditional licenses.