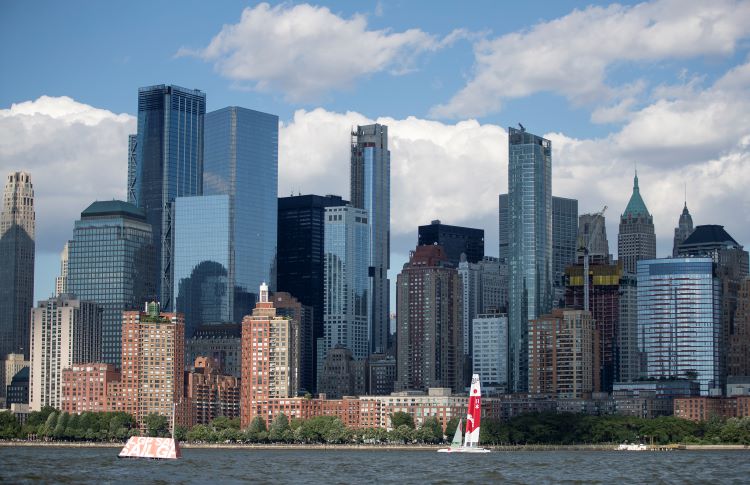 Though New York Gov. Andrew Cuomo signed the 2022 fiscal year budget into law last week, the rollout of mobile sports betting in the Empire State still remained shrouded in ambiguity despite the breakthrough.

Besieged by requests from stakeholders to clarify a number of pressing issues, the New York State Gaming Commission responded swiftly with a detailed Friday afternoon news dump. The commission, which has been tasked with running the competitive bidding process for awarding the state’s mobile sports wagering contracts, issued a 10-page memo April 23, shortly before the end of the work week. The memo contains 92 questions and answers posted by the commission in an attempt to assuage stakeholder concern on how the intense selection process will work.

Legislation passed in the budget earlier this month authorizes the commission to select a minimum of two platform providers and a minimum of four operators to run online sports wagering statewide through a Request for Applications (RFA). The primer shed light on issues related to the timing of selection, the inclusion of tribal gaming entities, and tax rate considerations.

The commission went to great lengths to convince the gaming industry that it will do its best to expedite the process in the coming months. During the current legislative session, Assemblyman J. Gary Pretlow has taken the commission to task for dragging its feet in the past when it drafted regulations for the launch of retail sports betting in 2019. Pretlow even suggested that the commission deliberately stalled in an effort to rankle the gaming community.

Under the law, the commission intends to release the RFA for the platform providers no later than July 1. In Friday’s memo, the commission noted that it will make every effort to “expedite the process,” but provided no specific timeframe on whether the RFA will be released earlier. The commission anticipates that the initial draft of its mobile sports betting regulations will be made public no later than the release date of the RFA in early July. Once issued, platform providers are required to submit their applications within 30 days.

From there, the law stipulates that the commission will select a minimum of two platform providers no later than 150 days after the final application is submitted. The commission noted that it may select the platform providers and the operators before the 150-day period ends, but did not provide a firm timeline in the memo. Furthermore, the commission did not indicate when New York intends to go live with mobile sports betting once the bids are awarded.

After the legislature passed the budget, Sen. Joseph Addabbo Jr. expressed optimism that online sports wagering will be available by the Super Bowl.

“With another Super Bowl gone, New York continues to lag behind other states — even states that have just legalized sports betting — when we should be leading the way,” Addabbo said in a statement.

Senator Addabbo on Mobile Sports Betting: “The Benchmark… Is the Super Bowl” https://t.co/8DhnxQsXYj

In addition, the commission emphasized that a company can enter the market as both a platform provider and an operator. As a pure-play, vertically integrated company with robust in-house technology, DraftKings has the back-end capabilities to serve as a platform provider for the state. Instead of surrendering market share to another competitor, DraftKings can list itself as one of the operators on its application. Flutter, meanwhile, could apply as a platform provider, while listing subsidiaries FanDuel and FOX Bet as operators in its submission. It should be noted that the above-mentioned sportsbooks, BetMGM, Barstool and Caesars, as well as PointsBet, BetRivers, and Bet365, all have the capability to serve in both capacities. Finally, a company can seek to become an operator on multiple platform provider applications, the commission indicated.

If a small operator is eager to enter the New York market, the company hypothetically could appear on every platform provider application the commission receives.

When the bidding process for New York's mobile sports wagering platforms begins in July, DraftKings and FanDuel will enter as the favorites.@MattRybaltowski previews the nebulous but important situation.https://t.co/ZRdZ4dIzGa

One item that went unsettled during the budgetary process centered around the role tribal gaming entities will play in the emerging market. The enacted budget does not contain language that guarantees tribal entities a coveted operator license. But the commission will award additional points to an applicant under the system it will use to score the bids, if the company partners with a tribal entity (see below).

Q: Must an operator partner with a Native American Nation or their operator simply reach
a revenue share agreement with a Nation to receive additional points?

A: An operator that has a revenue share agreement with compacted Nation(s) or Tribe(s)
will receive additional point consideration when its bid is scored.

A: The question confuses the tribal aspect of the statute. RFA scoring points will only be
awarded to an operator that has a revenue sharing agreement in relation to mobile
sports wagering. An agreement with a compacted nation or tribe to operate a brick
and mortar sportsbook is independent from the mobile sports wagering RFA.

One tribal group, the Oneida Indian Nation, has warned that the state may breach a 2013 settlement between the parties if mobile sports betting is offered within a 10-county tribal exclusivity zone established under the agreement. The tribe has also threatened to withhold $70 million in annual payments to the state, if it is cut out of the state’s mobile sports betting scheme. The commission, however, has a different interpretation of state law regarding the location of a mobile server, as it relates to tribal exclusivity zones throughout the state. The Oneida’s exclusivity zone covers a vast swath of counties in Central New York.

Q: Can mobile sports wagers be taken from inside a tribal exclusivity zone?

A: State law specifies that the wager occurs where the server is located. No servers will
be located on Indian lands therefore by operation of law no wagering activity will take
place on Indian land or within their exclusivity zones.

Although the commission did not indicate the exact timeline for when the state’s mobile sports wagering regulations will be made public, it did note that it has traditionally sought industry comment for major rule-making initiatives during the pre-publication period.