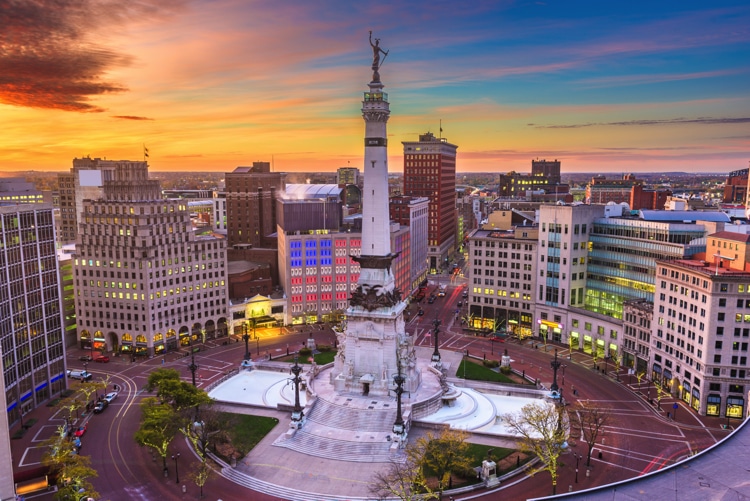 Sports wagering operators in Indiana showed few signs of letting up on the public in October, claiming nearly $47 million in revenue according to figures released by the state’s gaming commission.

The figure was the third-highest in 38 months of wagering in the Hoosier State, trailing only the $51.2 million in winnings in September and the $47.7 million last November. Those are also the only three months statewide revenue eclipsed $40 million.

Operators had a 10.5% win rate in October, extending the run of double-digit holds to four months. It was nearly three percentage points lower than the all-time mark of 13.4% established last month and marked the ninth time overall it cleared 10%.

The state received $4.5 million in tax receipts from operators, lifting the total for the year to $28.9 million. That is $6.8 million ahead of last year’s total through 10 months and $160,000 shy of what was collected in all of 2021. Indiana also cleared $75 million in total tax receipts since launch, becoming the eighth state to reach that benchmark in the post-PASPA era.

Another month, another FD revenue record

FanDuel may have ceded the Indiana handle crown back to DraftKings, but it continues to be without peer for revenue. The online titan set an all-time state record for revenue for the second consecutive month, this time recording $18.1 million on the strength of a 13.4% hold on $135.1 million in accepted wagers.

FanDuel also topped $100 million in revenue for the year, eclipsing its total for all of 2021 while clearing the $1 billion mark for handle in 2022. DraftKings also vaulted over $1 billion in 2022 handle, pacing all mobile operators for October for the third straight month and finishing with $149 million. But bettors improved against that book compared to September, holding the win rate to a more pedestrian 8.3% while giving back $12.4 million to the house.

BetMGM joined FanDuel as top-tier operators that have posted 10%-plus holds for four consecutive months, landing at 10.5% to claim $4.5 million in winnings from $42.8 million handle. Caesars Sportsbook was unable to follow up its 11.1% hold from September, slipping to 7.4% as revenue dipped 26.1% to $2.4 million despite a 10.7% increase in handle to $32.6 million.

Barstool Sportsbook‘s handle was up slightly to $14.7 million, but a win rate plunge of more than five percentage points contributed to a 42.7% decline in revenue to $940,000. BetRivers cracked eight figures in handle for the first time since May at $11.2 million, lifting its total above $100 million for the year.

The overall mobile hold nudged just over 10%, with operators claiming $41.3 million in revenue off $412.7 million in wagers.

Brick-and-mortar sportsbooks again had a solid month in terms of hold, reaching 15.6% while extending their streak of double-digit win rates to four months. In that span, retail operators have claimed $17.4 million in revenue from $97.7 million handle for a 17.8% win rate.

Hollywood in Lawrenceburg continued to be the Hoosier State bell cow, finishing at $2.1 million to top $2 million for the second straight month. It paced all in-person books with $11.9 million in accepted wagers while clearing $90 million for the year.

The state’s two horse racing tracks and three Winner’s Circle locations accomplished a first with back-to-back holds of more than 20%. The five venues combined for $1.7 million in revenue — paced by the Clarksville Winner’s Circle with $737,000 — from $8.4 million handle for a 20.4% hold. It was the third time the horse racing venues reported a win rate of 20% or better, with the record of just under 25% set in the launch month of September 2019, followed by the 22.4% from this September.