In Part II of this look at the major players in the highly contested race for dominance in the emerging business of legalized sports wagering, Sports Handle continues its examination of prospective operators as they try and plant their corporate flag in the various states legalizing sports betting. (Read Part I here.)

We continue to use our “futures book” format to handicap prospects and developments in the wake of the U.S. Supreme Court ruling in May, in which the high court overturned the federal law that had banned single-team sports betting in every state except Nevada. And we reconsider what we predicted in the beginning of March, and what we might expect in the immediate future.

Our future book odds have been adjusted accordingly.

With an Expansion of Legal U.S. Sports Betting as More Sports Betting Legislation Passes, Which Operators Will Reign Supreme? Handicapping the Field. 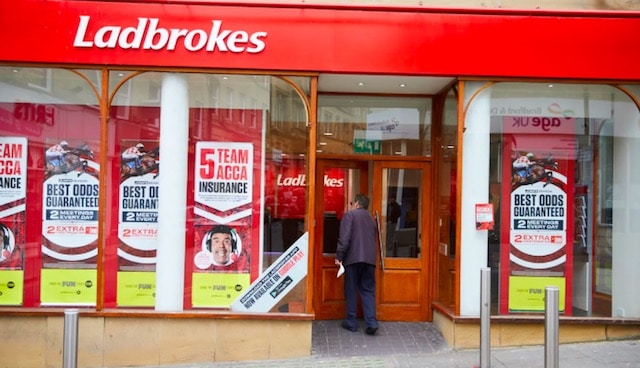 It’s hard to believe the combination of these major European brands, through recent mergers and acquisitions, has for the most part been non-factor in the emerging U.S. sports wagering marketplace. The exception is Scientific Games’ usage of its “Stadium” betting platform in Delaware.

As we pointed out in March, this conglomeration has the biggest share of the betting action in the UK, Germany and Italy. There’s been no announcement of their possible expansion, beyond Stadium, into the U.S., but it wouldn’t be surprising if they were negotiating behind the scenes in a major state where they might be able to set up shop. Many prospective states, including Connecticut, have quietly sent out RFP’s (requests for proposal).

As we said, GCV/Ladbrokes/Coral owns/controls Stadium Technology Group, software provider of the most widely-used betting platform in Nevada. Oddly in Delaware, Scientific Games, through its lottery division, manages the technical logistics of sports wagering but is using another company’s (GCV/Ladbrokes/Coral) betting platform with the “risk management” overseen by William Hill.

This strange alignment leads to the assumption that we could see more of this kind of arrangement in other states new to sports betting.

We pointed out in March that the company bought Presque Isle Downs, a racetrack with slot machines in Erie, Pennsylvania, in a move that may have been partially prompted by the desire to become a major national sports wagering brand name. That speculation was bolstered by the recent announcement that the Churchill has joined with Golden Nugget Atlantic City (GNAC) to offer legal sports betting and online gaming markets.

Churchill Downs said at the time it hopes to begin accepting legal wagers for sports betting and online gaming in New Jersey during first quarter 2019. The company and Golden Nugget owner Tilman Fertitta had to be holding their collective breath when New Jersey lawmakers initially wanted to exclude GNAC from sports betting because of billionaire Fertitta’s ownership of the NBA Houston Rockets. A last minute carve out in the New Jersey laws allows GNAC to operate a sports book, but without any NBA wagering.

Churchill, a Louisville, Kentucky-based, publicly traded company, also announced a partnership with SBTech to utilize its integrated technology platform for its new gaming operations. Churchill also said, as we surmised, that it would join the sports wagering market in Pennsylvania when legal and ready.

The odds have moved upwards because the Churchill/GNAC alliance has said it would wait until 2019 to begin operations. It’s unclear if that’s still the case. It will be difficult to pass on the upcoming start of the next NFL season and it will be hard because some competitors in Atlantic City are up and running. But, if the software isn’t ready and if Churchill is still determining how to access its significant horse racing online betting platform and those customers, waiting may be the best plan.

Nevada sports betting pioneer Vic Salerno controls both these endeavors, but has recently ended his physical US Fantasy operation at sportsbooks in Nevada. It still operates as a fantasy sports platform online where legal.

The US Fantasy website says that it operates in 24 states, but no longer in Nevada. US Bookmaking still runs a small, traditional sportsbook near Reno featuring a mobile app and highly favorable betting rules including less vigorish (-$1.08) than the -$1.10 that is traditional in Nevada.

Although it was poised for a national push for their pari-mutuel sports betting concept, it remains an excellent idea that, for many reasons, has yet to catch on. Because the amount of entry fees, in fantasy parlance, placed on an athlete determines the final prize payout, the operator, like a racetrack with pari-mutuel betting (except for a rare minus pool), has no risk. This excellent idea has lost what momentum it had when introduced a few years ago. Keep in mind that Salerno should never be underestimated when it comes to bookmaking and US Fantasy could gain traction once more.

The company is also competing nationally through its US Bookmaking arm as a traditional sportsbook boasting a veteran trading team led by Salerno and Nevada veteran Robert Walker. We’ve heard rumblings that US Fantasy/Bookmaking is making headway in forging alliances with tribal entities in more than one gaming state. If a vendor made a deal with all the tribal operators functioning as one entity, and that if mobile betting were established, such an operation would assuredly be a major sports betting force to be reckoned with. 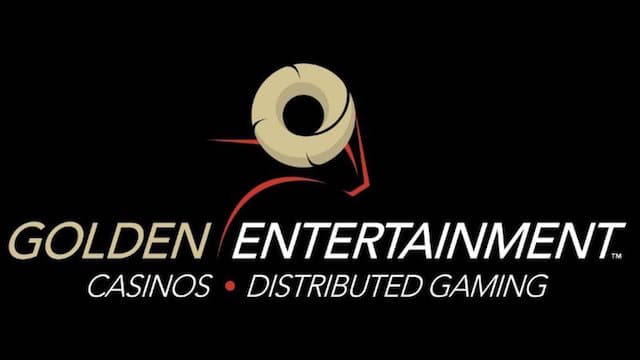 There’s been no public word so far as to what this up and coming Nevada-based casino, tavern and gaming distributor (slot route operator) has in mind for sports wagering beyond Nevada. Thus, we’ve lengthened the odds of the company achieving a greater national presence.

It still could happen, but not right away. The company seems to be concentrating on its recent purchase of four Nevada casinos including the Stratosphere on the north portion of the Las Vegas Strip, where the sports book is being upgraded and remodeled. As explained in our March projections, if other states allow taverns to offer sports wagering at a kiosk and online through a mobile app, Golden’s business model will take off.

The company owns nearly 60 taverns in Nevada featuring video gaming terminals. At some point, we’ll see a new mobile app and a push to have their tavern patrons log on and wager from these locations. Also expect to see a renewed legislative push in Nevada to allow betting kiosks that can accept cash for spur-of-the-moment sports bets at these locations.

The kiosks had a brief trial run a few years ago, but were removed when the major casino/resort companies objected on the grounds it would pull business away from their multi-million dollar operations. If one of the other states contemplating sports wagering allows these kiosks at taverns, look for Golden to move right in as a sports wagering operator or as a tavern owner. However, this remains a longshot, so the odds on them becoming a major player beyond their own properties have been lengthened.

It’s certainly foolish to underestimate Station Casinos, Las Vegas’ largest locals sports betting entity as operators of numerous major casino/resorts all with significant sports betting operations. Thus, they’ve been pulled out of our “field” bet from March and been given their own odds.

As pointed out then, Station’s sportsbook chief Art Manteris is a sharp and extremely successful bookmaker, but had been openly advocating a measured approach to national sports betting. In recent months, Manteris has increased his appearances on the numerous national panels at gaming conferences that are all now focusing on sports betting. He’s currently featured on an upcoming panel in Cleveland (July 13-15) conducted by the National Council of Legislators from Gaming States (NCLGS).

This might be interpreted to mean Stations will throw its hat in the ring and get involved in sports betting at out-of-state properties it does not own. The company has deep, deep pockets recently bulked up by its principals, the Fertitta brothers (Frank III and Lorenzo), selling their stake in the UFC for about $4 billion. Station Casinos has experience with tribal gaming management, so they might be a fit for a Indian gaming operation in another state.

If there’s money to be made, Stations will figure out how to make it. 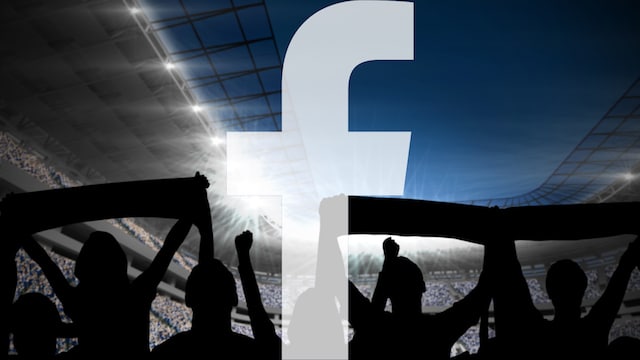 Last time our field players included the South Point, a Southern Nevada bookmaking powerhouse with an excellent reputation. It’s not known if they have responded to any new sports betting state’s RFP, but if it hasn’t, it might.

Wynn Resorts remains quiet, apparently concentrating on its new Massachusetts property near Boston, now named Encore Boston Harbor. We suspected this back in March. No word on out-of-state expansion from Westgate, either. That’s the popular Las Vegas book whose odds are most prominently featured on media outlets, especially ESPN.

We’ve also heard nothing yet from prospective companies like Facebook, Google and Amazon or any major communications company Verizon, T-Mobile or AT&T that we suspected might see new business opportunities in sports betting.

It’s still thought that any of these big, high-tech corporations have enough ready cash to get involved simply by buying up a smaller tech company developing a sports betting platform (we’ve been reading about many of them in recent days) and put their big tech expertise behind the move. As we believed back in March and still do that any of these companies could easily ally itself with one of the popular worldwide poker and online casino operators such as Canadian-based operator Amaya and its PokerStars brand, 888 or another to form a powerful new player in the sports betting business.

The sheer number of major entities involved in this new business has produced a fierce competition. Hopefully, it’s one that sports bettors, big and small, can benefit from.

Robert H. Mann, a 31-year resident of Las Vegas, is the industry writer and columnist for Gaming Today newspaper and GamingToday.com. His opinions are his own and may not reflect those of Sports Handle. 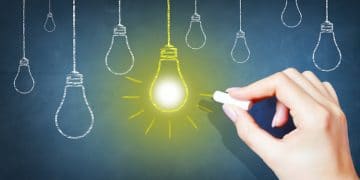 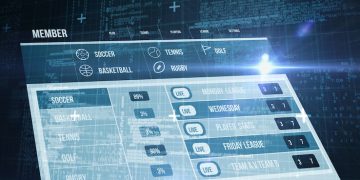