While leagues, sportsbooks move closer on numerous issues, pricing not one of them 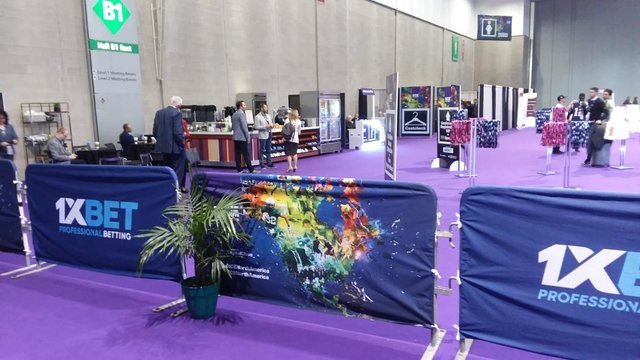 Industry observers who have attended a sports betting conference over the last year have come to expect that one subject will spark a fiery debate regardless of the participants involved.

At this week’s ICE North America global gaming conference in Boston, a thoughtful panel discussion quickly became heated when participants disagreed on the pricing conditions that dictate official data requirements in the legal U.S. market. With only a few weeks remaining in the legislative session for many states, the sides appear nowhere close to a unilateral solution for a long-term pricing model.

The central issue remains whether professional sports leagues should receive compensation for official data feeds that power in-game betting lines for single-game and prop bets alike. As of May 16, no state with legal sports betting mandates the purchase of official league data, but within weeks, Tennessee will. The state’s general assembly sent a sports betting bill to Governor Bill Lee, who said he won’t sign it, but it is set to become to law on May 24, 10 days after it hit his desk.

Data distributors in a tough spot

At present, the feeds are provided by third-party conduits such as Sportradar AG, Genius Sports, and Perform Group plc, all of which have struck agreements with the leagues to serve as their official betting distribution partners.

Sportradar has supplied a number of prominent Las Vegas sportsbooks with in-game packages for nearly a decade. That data is the fuel that powers the in-play engine. If the Golden State Warriors quickly race out to a 26-5 lead in the first quarter of Saturday’s game against the Portland Trail Blazers, the line will jump accordingly. Sportradar and their competitors supply the books with the raw probabilities that allow them to set in-play odds.

The data distributors are facing a difficult conundrum. The right to use official Major League Baseball data, for example, requires a direct license from the league, Forbes reported earlier this month. The data must also be supplied by an authorized league data distributor. While Sportradar has relationships with more than 600 bookmaker clients worldwide, the requirements appear to restrict the company from distributing data to those who are not partners of the league.

In many respects, the two sides are aligned on a wide array of issues related to sports gambling, according to Sara Slane, senior vice president of public affairs at the American Gaming Association. Both share the same view that the legalized market can curb the influence of offshore operators through the use of official data. Data supplied by the NBA, for instance, carries the league’s imprimatur or stamp of approval that in-game statistics are coming from the official source, not an unauthorized data spotter inside an arena.

A book that is using unofficial data may credit Kevin Durant for a steal, when in fact the play is ruled as a block. An unofficial data feed may also be up to 30 seconds behind its official counterpart, a key consideration for in-play betting. Thus, sportsbooks that value their relationships with their customers may opt to pay a premium for official data.

Value of data in dispute

The sides are still far apart, however, on how much that data is actually worth. Over the last month, Sports Handle has explored the relationship between Nevada sportsbooks, data distributors, and two leagues in an ongoing investigation. At least one book received notice in recent weeks that its feeds for NBA and MLB games would be turned off if the operator did not meet two deadlines for an additional royalty fee. At the moment, an impasse persists: The books have refused to pay a purported 0.25% fee on the handle for select contests. Although the signals apparently have yet to be cut off for those books, there are reportedly two new deadlines to meet the requests, according to Bloomberg. Some industry experts depict the move as an aggressive attempt to collect additional fees, while others view the efforts as nothing more than a commercial dispute.

During the two-day ICE conference, representatives from MLB, the NBA, and Sportradar did not address whether a hard deadline has been set.

Further complicating matters, some states have included language in proposed sports gambling bills that would compel sportsbook operators to purchase official league data for tier wagers involving in-game bets. Those type of statutory mandates do not make sense, Slane said during her panel discussion. Conversely, Daniel Wallach, an attorney who frequently speaks on sports gambling matters, said he has yet to see a compelling argument on why sportsbooks should not use official league data.

Wallach outlined three justifications for the royalty fee, one of which was that the leagues produce the events that make the wagering possible. The leagues will also take on increased investigative responsibilities to protect the integrity of their sports as the market expands, Wallach noted. Wallach is the founder of Wallach Legal LLC, and co-founding director of the University of New Hampshire School of Law’s Sports Wagering and Integrity Program.

Sportradar is partnering with the school in the five-course online certificate program that launched earlier this year.

Slane, meanwhile, questioned whether a prominent sportsbook would even consider using unofficial data if they could not ensure the reliability of the product, thereby placing a customer at greater risk for losing a bet. Slane seems to prefer official data over unofficial data, but is against mandates that require books to pay for it. By mandating sportsbooks to purchase data, the leagues and third-party distributors could gain the ability to control pricing power.

The panel also heard from Ohio State Senator William Coley, who serves as president of the National Council of Legislators From Gaming States (NCLGS). Coley, a Republican, likened sports betting to the wheat and soybeans trades on the futures market.

Each day, millions of dollars are traded on commodities markets throughout the Midwest, an amount that dwarfs the legal sports wagering handle in many states, he said. But when soybean quotes appear on the Chicago Board Of Trade (CBOT), the exchange relies on a multitude of factors for determining the price of the financial contracts. A Midwestern farmer is not the lone provider of data on wheat futures, Coley reasons, and therefore is not compensated with a royalty.

“The CBOT isn’t cutting checks to wheat farmers in Kansas and soybean farmers in Iowa,” Coley said. “It’s like the line in Caddyshack with Bill Murray saying ‘There will be no money, but when you lie on your bed there will be total consciousness.’”

An RFP for sports betting data

At first glance, demands for a 0.25% fee on a sportsbook’s handle for a given sport appear miniscule. But that 0.25% of handle works out to 5% or more of revenue for businesses that are already operating on a razor’s edge. In total, the sports betting handle for legal sports betting operators in Nevada last year eclipsed $5 billion. At that rate, licensed sportsbooks in the state would be required to remit $12.53 million to the leagues. The books, though, seem more concerned that a baseline could be established at a low rate before the asking price increases exponentially over an extended period. As the fee moves higher, the sportsbooks could struggle to meet their bottom line.

If there are signs of a monopoly pricing problem in the data market, there are other measures states can consider, Coley said — for example, they could put out a Request For Proposal (RFP) to establish an alternative data feed.

While it is unclear how an RFP would be structured, some considerations include the cost of data collection and if the data can be legally gathered under copyright law. States could also prohibit in-game wagering, a move that could hurt both the leagues and sportsbooks from a financial standpoint.

The positions of other pro leagues

The major U.S. professional sports leagues appear split on the topic of royalty fees. The NHL, for one, is not in favor of mandates that would require sportsbooks to purchase official league data.

“We are not in that fight, that’s not the strategy we are seeking moving forward,” NHL Chief Revenue Officer Keith Wachtel told Sports Handle. “We just don’t feel it’s necessary to make people buy something that they don’t want.”

Currently, the NHL has inked official sports betting partnerships with three sportsbooks: MGM Resorts International, William Hill, and FanDuel. The league is also in the midst of researching the betting implications of its “player-and-puck tracking system,” ahead of a limited rollout planned for the second half of the 2019-’20 season. The NHL experimented with the technology at this year’s All-Star Game.

Of the three operators, MGM Resorts International is the only one currently willing to pay extra for data. The technology enables the league to monitor conditions such as the power of a slap shot, the skating speed of a forward, and the distance traveled by a winger during the course of a game. Consequently, MGM could begin to offer props on whether Boston Bruin Zdeno Chara will top 105 miles per hour with a slapper during the Stanley Cup Finals.

The NHL, like the other major U.S. pro leagues, maintains a commercial relationship with Sportradar. The company has paid for the right to license the NHL’s data, Wachtel said, and the league does not want to limit the data to a few official betting partners.

Several representatives from the NFL also made appearances at the conference. At a separate session moderated by ESPN’s David Purdum, NFL Chief Strategy Officer Christopher Halpin said the league has never asked, nor lobbied for a royalty fee.

Ross MacEacharn, CEO of Perform Group, is unsure how the market dynamics will play out over the next year. Perform, MacEacharn said, will always strive to offer feeds with official data. The challenge, he said, is to build a product on top of the data that allows the company to monetize the feed.

“Listen, I am not Nostradamus, I don’t know what is going to happen legislatively,” MacEacharn said. “I know we will try to work with the leagues.”

While all parties seem to want to work together, a rift remains. The question is how far can the gap be closed.

As in-game betting becomes more prevalent, Slane believes the sports betting industry needs to ensure that data is as reliable as possible.