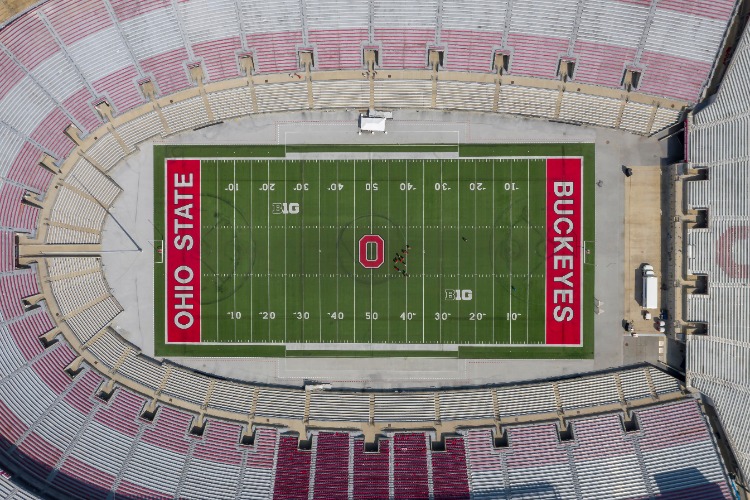 Whenever a state considers legalizing sports betting, the tax rate is usually a key issue. In Ohio, where lawmakers approved legal wagering with a 10% tax last week, it’s not the rate, but when and how taxes will be paid that is rising to the top of a list of concerns for operators.

After years of haggling, the state legislature in quick fashion approved HB 29, which will allow for statewide mobile and retail betting. The bill went from conference committee to the House to the Senate within hours on the same day and is now awaiting Gov. Mike DeWine’s signature.

But the bill that passed the legislature apparently needs some massaging. Even before the governor his given his OK, stakeholders are talking about a chaser bill in 2022 that will clarify some issues — and in the case of paying taxes, potentially might change things completely.

As HB 29 stands, it appears sportsbooks will be required to pay taxes daily in Ohio. Sources say this is a fairly usual circumstance in the casino industry, but for sportsbooks, paying monthly is the norm. Sports betting is, after all, a volatile and low-margin business. Should a sportsbook take a massive win on a single day, it would be forced to pay taxes on every penny of the win if there are no significant losses to balance it out. Conversely, if a sportsbook takes a big loss on a single day, it won’t be able to use that loss to balance out other winning days.

How effective tax rate would go up

According to one stakeholder, having to pay taxes daily could increase the effective tax rate for operators. In most states, if a law’s provisions adjust the effective tax rate at all, it is usually decreased through writing off promotional credits. That has been the case in states like Colorado, Michigan, Pennsylvania, and Virginia, all of which allow operators to write off promos.

Ohio will ultimately allow for promotional spending to be written off, but under the current wording in the bill, it won’t be a useful tool for operators. If a sportsbook takes a loss on any given day and promotional credits are used, there is nothing for them to be deducted against, rendering the deduction meaningless.

SPORTS BETTING: Governor Mike DeWine says his team is reviewing the bill and he plans to sign by the end of the week. @nbc4i pic.twitter.com/MfRhV4JFn5

The way HB 29 was written, sportsbooks must pay taxes daily, or on days that banks are open. Presumably, that means books will pay taxes Monday-Friday, and weekend receipts — when banks are not generally open — would be paid on Monday. In practical terms, sportsbooks would then be paying taxes for a 24-hour gaming window Tuesday-Friday, and a 72-hour gaming window that covers Saturday-Monday. The potential implications for a big-event weekend are major. The bill also does not allow for negative carryover.

One stakeholder offered an example:

In that case, promotional credits become useless, and the book does not pay any taxes for losses on game day, but it did pay taxes previously on bets made ahead of the game.

“The way it looks now,” the stakeholder said, “is that there would be a $25,000 in profit that came in ahead of the event on days when there was no offsetting payout, so it could be $2,500 in taxes.”

In addition, the -$20,000 loss on game day gets nullified because there is no negative carryover.

Bettors are the ones who will suffer

In that example, operators could be paying five times the actual tax rate with no relief. In most states, when a sportsbook has a losing day, it can use the negative carryover to offset wins on other days.

Conceptually, the issue could come into play any time there is a professional golf tournament — futures bets would be made up until Wednesday of any given week and payouts would be made on Sundays. The issue could also arise on any football weekend because taxes won’t be paid on Saturdays and Sundays. In some cases, the same would apply for multi-game playoffs in Major League Baseball, the NBA, and the NHL, depending on what days of the week that games occur and series are completed.

Stakeholders lobbied for a month-long tax window while legal sports betting details were being considered, but that didn’t make it into the final bill. Should the current language remain, operators will have to find a way to manage it — and that could directly affect consumers.

For example, in an effort to avoid having too much money come in ahead of an event, operators could choose not to take take futures bets until the day of an event, meaning bettors would not get to take advantage of changing odds. On the flip side, maybe operators in Ohio don’t make payouts immediately — instead holding the payouts on Super Bowl Sunday until, say, Tuesday or Wednesday, so they could use the losses to offset any money that comes in those days.

While the management of promotional credits and tax payments are critical issues for operators, the Ohio bill comes with other idiosyncrasies as well. On the day the bill passed, Sen. Bill Seitz said Ohioans could expect legal sports betting by Jan. 1, 2023. But the bill’s text says the Casino Control Commission can begin accepting applications for “sports gaming proprietors,” which is anyone applying for any of the three types of licenses, as soon as Jan. 1, 2022, and licenses can be issued as early as April 1.

“We’re thrilled to have it done, it was a pretty long, arduous process,” MGM Senior VP for Public Affairs Ayesha Molino said on an ICE365 webinar Wednesday morning. “In terms of 2023, we will remain ever optimistic that that timeline will move up, and we will work with the regulators to see if we can speed the process along. It’s taken us three years of very, very active work to get to this point, so we are going to take a moment and celebrate.”

"Will people be able to bet on the Ohio State Buckeyes? Yes, they will”: Ohio wagering regulator makes clear that college sports covered by new sports betting bill https://t.co/k8cjvkhySu

It’s highly unlikely that wagering will go live on or near April 1 of next year, in large part because the bill also calls for formation of an advisory committee that will be part of the regulatory process. In Maryland and Tennessee, both of which also have advisory committees, it took several months just to appoint the committees, and then at least a few weeks for the committee members to become familiar with the law and the landscape.

Ohio lawmakers followed a growing trend of allowing for professional sports teams or venues to be licensed to offer sports betting. And while the bill requires that digital platforms be tethered to existing businesses in Ohio, there appear to be a total of 21 existing casinos and pro sports franchises or venues. That leaves four digital licenses that could be connected to companies with a footprint in the state, but maybe not a gaming footprint. So, could this mean that supermarket chain like Kroger, which is headquartered in Ohio, could open a sportsbook? Stakeholders aren’t quite sure.

Here’s a quick look at the key elements of HB 29: