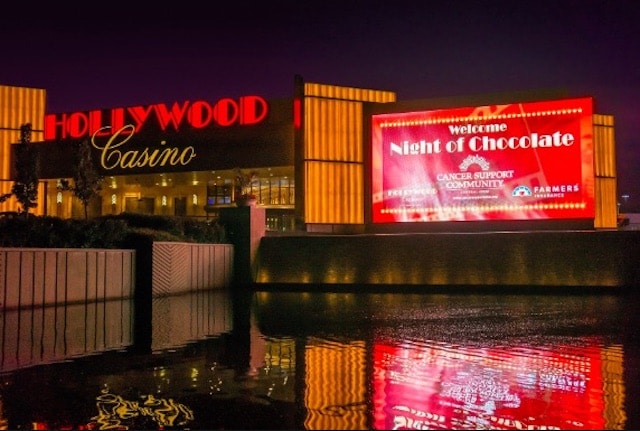 The Hollywood Casino in Columbus, OH

“We’re taking the information we gathered at these meetings and the sponsors will get together and see if we can put some meat on the bones,” he said. “We’ll draft a bill and then entertain comments and suggestions, and I’d hope we might have a substantive bill ready to go. If not, we might need some more meetings.”

Eklund is aiming to have an outline done in a couple of weeks and, with any luck, a bill drafted shortly after that. Both the Ohio Senate and House have up to six sessions on the calendar in November and up to seven each in December. The goal would be to pass legislation before the end of 2018, otherwise, a new bill would need to be introduced at the start of the 2019 session.

Tuesday’s first meeting included representatives from groups that oppose sports betting, several horseman’s groups, some business groups, local universities, and think tanks. Prior to the meeting, Eklund wasn’t sure if the opposition groups would bring up issues that could prevent the state from legalizing sports betting, but after the meeting, he said he felt that rather than trying to prevent sports betting in Ohio, the groups were more about being mindful of how to help and/or prevent issues from arising.

“I’m getting the impression that there are many, many different things that could be done that may not even be directly related to sports betting,” Eklund said. “There are some groups that would like to see no sports betting at all, but we crossed that rubicon some time ago. … There were some thoughtful suggestions for if we are going to do it, what kind of bumpers should be in place around the process.”

Among those at the meeting was a representative from iDEA Growth, which supports regulated sports betting and online gaming. iDEA Growth took the opportunity to promote the need for a well-regulated iGaming framework and how a solid framework would protect players. Prior to the meeting, founder Jeff Ifrah said the group hoped to “show how online and mobile gaming can benefit Ohio” as well as to help lawmakers set realistic revenue goals. iDEA’s media relations director said Ifrah will follow up with lawmakers to share results of a 2016 iGaming study in New Jersey, as well as model legislation.

At the second meeting, a lobbyist representing Major League Baseball, the NBA and the PGA, a think tank, several racetrack operators, casino operators, daily fantasy companies, bars, and veterans and fraternal organizations were among those sharing information. According to Eklund, lawmakers heard that there is an interest from bar owners in having gaming, and like the horseman’s groups, the state’s racetracks were interested in how they could receive revenue from sports betting. But the crux of the conversation centered around whether or not the Ohio legislature can legalize sports betting and what body would regulate it. Among the issues for lawmakers to consider is whether to have the Ohio Lottery or the Ohio Casino Control Commission be the regulatory body.

OH Lawmakers Must Hammer Out Framework and Then Determine Finer Points, Including Tax Rate and Whether or Not to Allow Mobile Sports Betting

Overall the meetings did exactly what Eklund had hoped — educated lawmakers, outlined solid issues to consider and work through and established open lines of communication between stakeholders on both sides of the sports betting issue.

There is still much work to be done. Once lawmakers define a framework for passable legislation, they must then hash out the finer points, including a tax rate, application fee, whether or not mobile and/or internet sports betting will be allowed, if an integrity fee will paid to the professional leagues, and myriad other issues. According to Eklund, the pro-league lobbyist in attendance “supported (the leagues’) role in providing data and an integrity fee.”

“I don’t feel like we need to be stampeded at this point,” he said. “But we don’t want (sports betting) to fester for an inordinate amount of time” before we act.

“I see this going to Senate leadership … and we’re going to put something together that is more of a substantive bill, so it can be offered as an amended bill either the next time we’re in session or even before that. My hope is to get something that is a product of all these meetings we’ve been having.”

Whether Eklund is overly optimistic with his timeline remains to be seen, but what does seem clear is that Ohio will be among the next group of states to move on sports betting.