Ohio Sports Betting Bill Moves Out Of Committee, But With Big Changes

Enter a third type of sports betting license, reserved for bars and restaurants 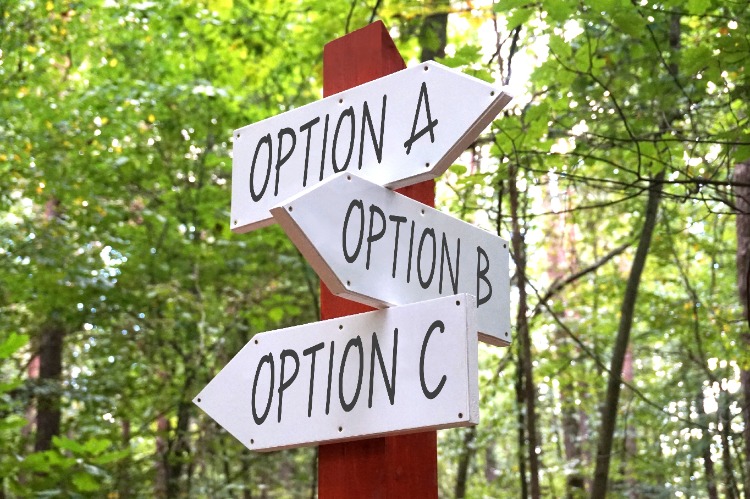 Would-be Ohio sports bettors on Tuesday took one giant leap closer to being able to legally wager in the state, as SB 176 finally made its way, after 16 laborious hearings, out of committee.

But even with the bill finally getting to the Senate floor — where a vote is expected to take place as early as Wednesday — hiccups abounded. Most notably the committee having to wade through 45 proposed amendments requested by various members of the Ohio Senate.

“We got 45 amendments,” Sen. Kirk Schuring, the chair of the Ohio Senate Select Committee on Gaming, told Pam Cook of 1480 WHBC Monday. “So Senate leadership and I worked over the weekend to try and craft an omnibus amendment.”

And that omnibus amendment was attached to the whopping 252-page bill, and it … well, and it served to somehow further muddy the waters.

The original bill called for two types of licenses — Type A, for mobile platforms, and Type B, for brick-and-mortar locations (more on those in a moment) — but the omnibus amendment has now added a third: Type C, which would allow for sports betting kiosks at Class D liquor license holders (think restaurants, bars, and nightclubs).

There are limits — a maximum of 20 kiosks will be allowed across the state, and no more than two in any one establishment. Additionally, only moneyline, spread, and over/under bets would be accepted at the kiosks. Anyone wagering would have a $200 per-day limit at the kiosks.

Furthermore, the number of Type A and Type B licenses were upped. Originally both were capped at 20; now, there could be up to 25 Type A licenses and 33 Type B licenses.

Under the latest version of the bill, the application window will open on Jan. 1, 2022, with the licenses starting to be awarded no later than April 1, 2022.

‘Preference’ for the sports leagues

Another big change for the bill: Sports leagues operating in Ohio will now have “preference” for both Type A and Type B licenses. This includes the NFL, MLB, NHL, NBA, MLS, the PGA, and NASCAR. It was not made clear what special treatment the leagues would get, but this is clearly a major win for the sports franchises in Ohio, and a big change from where things stood a month ago. As recently as May 20, the leagues were testifying in front of the committee and claiming they had no “pathway” to getting in the sportsbook game.

Ohio's professional sports teams, Memorial Tournament and NASCAR promoter in Ohio will have preference for Type A and B licenses.

This aspect of the bill probably explains why the number of licenses were upped, as there are 10 pro teams/leagues that will be getting the preferential treatment, and there are 11 casinos/racinos in the state, with all of them being a virtual lock to apply for and receive both Type A and Type B licenses.

Additional language in the bill now restricts the number of Type B licenses by county population. Counties under 100,000 in population cannot have a brick-and-mortar operation; counties between 100,000 and 500,000  can only have one Type B; counties between 500,000 and a million people can have two; and counties over a million — there are only two, Cuyahoga and Franklin — can have up to three.

Cleveland is located in Cuyahoga, Cincinnati is in Hamilton, and Columbus is in Franklin.

Also part of the omnibus bill is a change that was added via last week’s sub-bill, which itself had already made a handful of changes to the original bill, most notably a ban on wagering on any sporting event that includes participants under the age of 18.

As written, it would appear that betting would prohibited on most LPGA and women’s tennis tournaments — where numerous under-18’s play. Additionally, every so often a 17-year-old will find his way onto a college football team, which could curtail the ability of Ohio bettors being able to lay down some money onThe Ohio State Buckeyes.

The sub bill clarifies that gambling cannot occur if players in the event are under the age of 18, regardless of whether the players are affiliated with primary or secondary schools. #OhioGambling #SportsBetting #EBingo #AdvocateNow https://t.co/O2OPbOUFGV

But the omnibus bill has gone backwards on this, and will allow the Ohio Casino Control Commission to have discretion on an event-by-event basis when it comes to under-18 competitors.

Other changes to the original bill in last week’s sub-bill allow for wagering in-app on horse racing and eSports.

The hallmark of this bill, according to Schuring, is its “everyone in the pool” mentality.

“Free market approach, no exclusivity,” Schruing said on the radio show Monday. “Right now casinos and racinos have exclusivity, but we have a whole new market opening up and we want to make sure that market is free.”

And while “free market” and “preferential treatment for pro sports leagues” don’t seem to jive, it is, as they say, what it is.

To that end, while it’s a near certainty the 11 casinos and racinos in Ohio will seek sportsbook licenses of both the Type A and Type B varieties, it’s now equally clear the 10 pro sports leagues/teams will likely do the same. After that, it’s clearly going to be a free-for-all for the remaining 12 brick-and-mortar licenses.

The Type A licenses will be reserved for online operators, Type B for brick-and-mortar operations. Entities would be allowed to hold one of each, if desired. So for instance, an existing casino (or sports team) in Ohio could garner a Type B license for their brick-and-mortar operation, and then get a Type A license for online, where they could choose to partner with existing operators, such as DraftKings, FanDuel, BetMGM, etc. (Additionally, the sports teams would be allowed to farm out management of the retail sportsbook operation.)

In short, any entity that has the ability to “bank the bet,” in Schuring’s words, is welcome to apply.

As legislation moves forward, operators continue to position themselves for market access in Ohio. On Tuesday, WynnBet and the Cincinnati Reds announced a partnership. In a press release detailing the deal, it says the two entities will “collaborate on marketing efforts throughout the current 2021 season to introduce WynnBET to Reds fans in Indiana.”

More announcements like these — and replacing “Indiana” with “Ohio” — are sure to be coming down the pike as this bill winds its way to the desk of Gov. Mike DeWine.