Governor says, "There will be sports betting coming to Ohio, I suspect, this year" 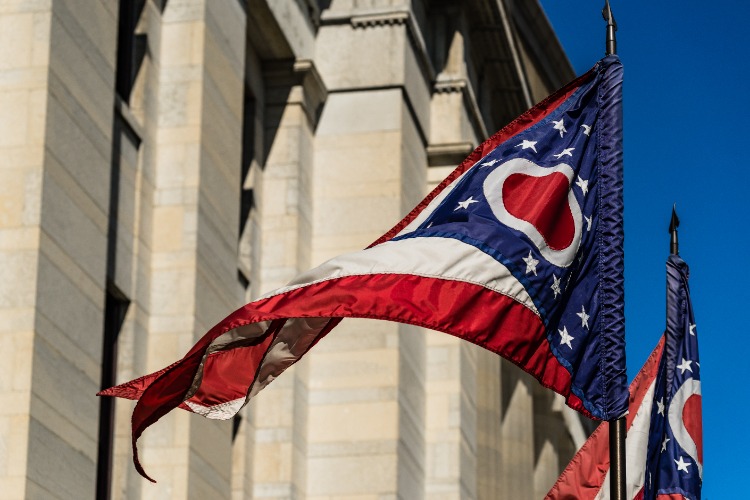 Last year, Ohio was one of two states that could have legalized sports betting right up until the end of the year. There was no real opposition — there are no tribes in the state and no anti-gambling groups made a kerfuffle — and yet lawmakers couldn’t get legal sports betting to a vote. Nearly a month into the new year, no Ohio sports betting bills have been filed, and three key bill sponsors did not return to the legislature.

But last week, Gov. Mike DeWine told a local TV station that he’s hopeful, and now Senate President Matt Huffman has announced the formation of a gambling committee to explore gambling regulation issues — regulation was among the key issues that kept sports betting from moving forward in 2020.

“We have people who are betting all the time in Ohio online and they’re going to do this and so allowing us to keep some of this money for education in the state seems to me to make sense,” DeWine told News5Cleveland. “There will be sports betting coming to Ohio I suspect this year.”

Operators are positioning themselves for legal wagering

Huffman’s seven-member Select Committee on Gaming will include five Republicans and two Democrats, and will  be chaired by Republican Sen. Kirk Schuring. The Republicans are the majority party in both chambers. The committee is expected to convene in May. It’s not clear whether the committee must make a recommendation before legislation can move forward.

“The growing gaming industry is something Ohio must be prepared to address,” Huffman said in a statement. “This committee will ask the tough questions ranging from best practices to oversight. I look forward to their recommendations.”

Some sports betting news in Ohio. Things already look very different from last session, in a good way. From the sound of things, legislation could be looking at introduction and movement sooner rather than later. CC @iDEA_Growth pic.twitter.com/Z1rpiURDQ6

Senators John Eklund and Sean O’Brien and Rep. Dave Greenspan were key sports betting advocates in the previous session, but none returned in 2021. Eklund term-limited out while O’Brien and Greenspan failed to win re-election. The three may have privately come to an agreement on sports betting, but they were unable to bring their chambers together on several key issues, mainly which agency would regulate sports betting. Last year’s bills both included statewide mobile sports betting and operator-friendly tax rates, but members of the House were pushing for the Ohio Lottery as the regulator, while the Senate favored the Casino Control Commission.

Whoever takes the torch will still have to sort out that key issue.

Due to the way that the Ohio legislature is structured, new bills will have to be crafted for the 2021 session. It seems a fair expectation that any new bill would include statewide mobile, low tax rates, reasonable application and license fees, and would allow for wagering on both college and professional sports. The bills circulating last year had the backing of key stakeholders, many of whom testified at a November Senate hearing.

Me over here in Ohio, without legal/live sports betting 🙃 pic.twitter.com/fAcaiwtrqS