There will be two types of licenses, including one for sportsbooks off casino properties 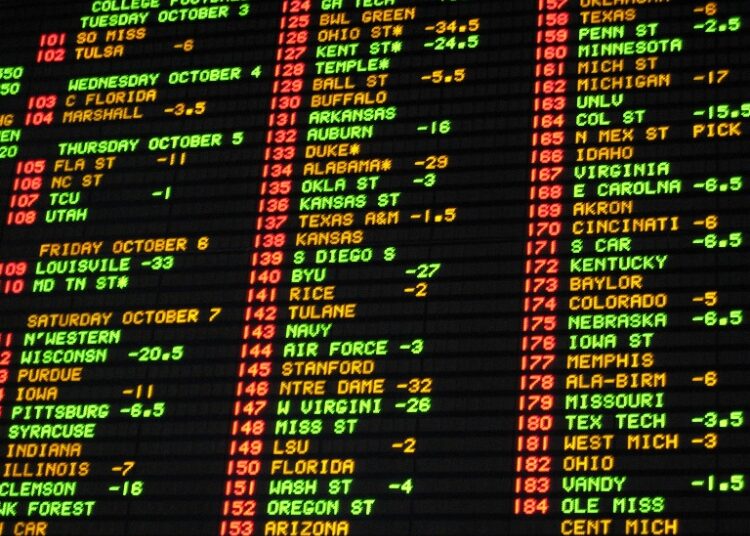 If you ever wanted to run your own sportsbook, now might be the time to move to Ohio, as details of the sports betting bill to be dropped later Thursday were announced at a 10 a.m. press conference.

First up: There will be up to 40 potential licenses issued, 20 each for what the bill’s sponsor Sen. Kirk Schuring is calling “Type A” and “Type B” licenses. Each license will cost $1 million, renewable every three years.

Type A licenses would be granted to existing facilities that can “bank the bet,” Schuring said, including the state’s 11 casinos and racinos. These licensees will be able to partner with operators who offer mobile apps.

“Type A license is a licensee who has a facility, many of them are already in existence, where they can bank the bet,” Schuring said. “Under the Type A license they can hire, as an operator, a mobile application. Now I’m not showing preference to anybody, but just to make sure what we’re talking about, it’s the FanDuels, DraftKings, Barstool, whatever. We’re going to let the free market decide that. And if they want to partner with a mobile application, those entities can do that. We have 11 racinos and casinos.”

But Schuring was quick to point out these Type A, “bank the bet” licenses are not limited to existing operators.

“We believe in the free market, so if there’s another entity out there right now, notwithstanding the 11 we’re talking about, that can come up with the money to bank the bet, come to Ohio,” Schuring said. “We want you to come to Ohio.”

While more information will be made available once the actual bill is released, it sounds like the 20 mobile skins could be untethered.

Type B for bets

Schuring then explained what the Type B licenses would look like.

Operators who are granted Class B licenses cannot host their sportsbooks inside the state’s casinos or racinos. Schruing believed these would be attractive to Ohio’s pro sports teams, who would theoretically own a sportsbook near its stadiums.

* The Ohio Casino Control Commission will be fully in charge of regulating the sportsbook industry.

* But the Ohio Lottery has not been completely boxed out; they will be allowed to offer $20 betting pools to select winners on a single game or a series of games. Winners will split 90% of the money collected.

* According to Schuring, the casino control commission will decide whether betting on collegiate sports will be allowed.

* Remote registration for mobile wagering will be allowed from the start.

* Revenue generated will go to education and gambling addiction programs.

“I think we have a good bill,” Schuring said. “We’re not done. We’ll have hearings starting again next week, and again, it’s all about process, so people will come in and testify and offer their suggestions. There will be other iterations of the bill, but we want to get this done by the end of June.”

Schuring reiterated Ohio would be rolling out sportsbooks and mobile apps on a free market basis.

“Everyone has an opportunity based on free market principles,” he said. “They have to compete and be approved by the regulatory agencies.”

This is the second go-around for Ohio, as the legislature couldn’t get over the “Casino commission or lottery?” question in 2020.

Ohio has long been seen as a natural fit for sports betting, both because Gov. Mike DeWine is on record as saying it’s going to happen, and also because four of the five states bordering Ohio (Pennsylvania, West Virginia, Indiana, and Michigan) have legalized sports betting

Despite not being able to get the bill across the finish line last year, the legislature came back swinging in 2021, holding nine sessions of the Ohio Senate Select Committee on Gaming to hear from interested parties and would-be stakeholders.

The committee will be reconvening to discuss the new bill, and there is hope it can sail through and reach a final vote by lawmakers before the Ohio legislature takes its summer break in June. 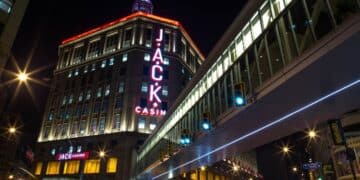