Ohio House Leader To Would-Be Sports Bettors: You’re Going To Have To Wait 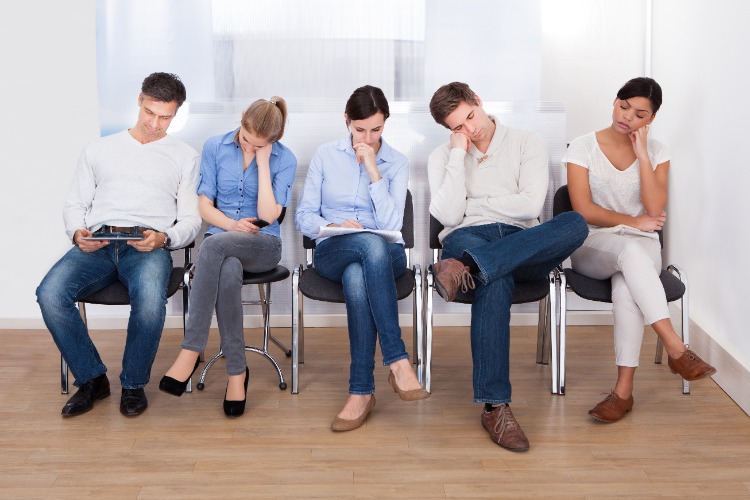 For months, the Ohio Senate Select Committee on Gaming — in-between hearing testimony on sports betting from bowling alley owners and grocery store trade groups — has been beating the same drum, over and over again. The beat was simple: June 30, June 30, June 30.

Sen. Kirk Schuring, the chairman of the committee, kept saying it was his goal to get Ohio sports betting through the entire legislative process by the end of the month.

Last week, the Senate did its part, passing the massive and objectively unwieldy bill by a 30-2 margin, handing it off to the House of Representatives with the June 30 deadline still firmly in play.

And now, according to the statehouse reporter for the Cincinnati Enquirer, that deadline is going to come and go with nary a yea or nay from the 99-member body.

Jessie Balmert, the reporter, asked House Speaker Bob Cupp about the deadline yesterday, and his answer was unequivocal: Fuggedaboutit, in so many words.

.@SpeakerCupp says it’s too late to pass the sports betting bill before June 30. That was the goal but it’s better to get it done right than by some arbitrary deadline.

And for anyone holding out hope that Cupp, a Republican (in a Republican-controlled legislature) is somehow playing politics with his message to Balmert, know this: State Rep. Brigid Kelly retweeted the above. She’s a Democrat.

And so now, for the third time in four years, the Ohio sports betting bill is stuck somewhere between limbo and no-go.

Cupp’s answer to Balmert’s question doesn’t come as a total surprise; a day after the Ohio Senate passed the bill, Chris Krafcik of EKG was tweeting out a rumor that he was hearing concerning Cupp, at the very least, not wanting to be rushed.

Rumor du jour: OH House speaker may issue a statement today or tomorrow that would put the brakes on the Senate-passed #sportsbetting bill, putting in doubt the prospect of final passage by June 30.

And while it would be easy to point fingers in just about any direction, it would appear a pair of late changes to the Senate bill are, at minimum, a major cause of concern for members of the House.

And this was not some oversight; this was the co-sponsor of the bill, Sen. Niraj Antani, declaring war on the casinos.

“The sports teams are longstanding Ohio businesses that have been around for decades, that have contributed greatly to the Ohio economy, have created tons of jobs, have huge economic impact,” Antani told Cleveland.com. “The casinos ran a constitutional amendment, came in with out-of-state money, forced their way into the state of Ohio. So, yes, there’s a preference in the bill for the businesses that operate in the free market. The casinos forced their way, they bought their way through a ballot initiative in 2009.”

Predictably, this did not sit well with Ohio’s casinos.

“We were shocked and dismayed to see the latest changes to the bill in the Senate,” Eric Schippers, the senior vice president for public affairs for Penn National Gaming, told Sports Handle in an emailed statement. “The Senate is inexplicably handicapping this for the teams, the PGA, and the promoter of a stock car race to get retail sports betting licenses.”

While the bill sailed through the Senate, those changes above did not go unnoticed by at least two members, both of whom expressed hope the House would go ahead and make the necessary changes.

“The very same people who brought us so much for Ohio, who shared all that money with 88 counties, who have done so much for our schools, we’re kind of saying that we can’t help you because … we’re going to have three sports teams to cater to Cleveland’s demands,” said Sen. Kenny Yuko, the minority leader. “We’re going to have three sports [sportsbooks] here in Columbus. Cincinnati will get two, the Reds and the Bengals — is that one-and-a-half or two? Sorry — but the bottom line is the very casinos who brought us to having this conversation we’re having today are kind of being forced out. And I’m kind of concerned about it. Can we fix it in the House? I hope so.”

While Cupp didn’t indicate just what, exactly, he wanted to make sure he and his fellow representatives get “right,” it’s probably safe to think the casinos being left out is going to be high on the list.

The Ohio Legislature, while technically in session throughout the year, traditionally takes a summer break. And while there are “if needed” dates scattered throughout the calendar, once things break this month, the next scheduled House session isn’t until Sept. 15, which would almost certainly torpedo any hopes of Ohioans being able to start wagering on April 1, 2022, as the Senate bill proposes.