Get A Grip: The Week In Sports Betting: Oklahoma, California, More 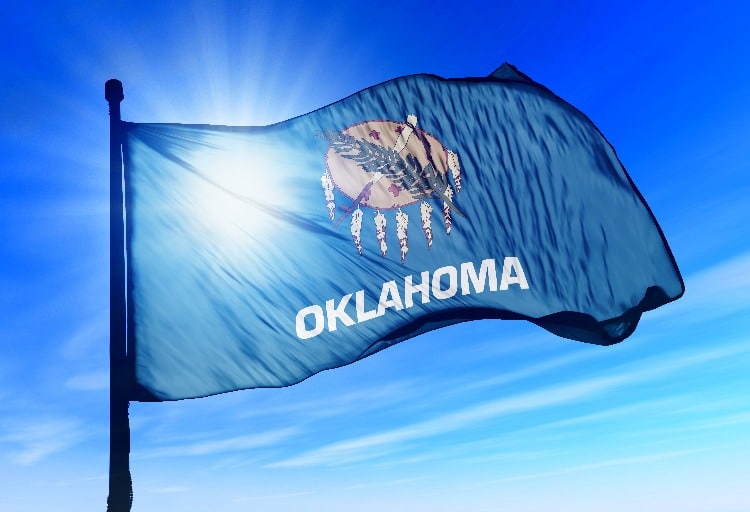 A  referee for the Oklahoma Supreme Court on Wednesday heard arguments from attorneys representing Gov. Kevin Stitt, the state attorney general and lawmakers in a case that could decide if legal sports betting may begin in Oklahoma under new compacts Stitt negotiated with two tribes earlier this year. According to the Tulsa World, the referee, Ann Hadrava, will now forward the arguments to the Supreme Court justices for a ruling. When a decision could come is open ended.

Stitt’s attorneys argued that the court does not have the power to void the pacts Stitt signed with the Comanche Nation and Otoe-Missouria Tribe in June. Attorneys for lawmakers and the state attorney general said the court does have authority and should void the compacts. From the day the pacts were made public, Attorney General Mike Hunter and top lawmakers called them illegal, alleging that Stitt overstepped his authority; in their view, the compacts he signed would allow gaming that Oklahoma law deems illegal.

Earlier this week, a California Superior Court judge extended the deadline to collect signatures for a tribal ballot initiative that would allow for on-site sports betting. The initiative would appear on the 2022 ballot. A coalition of federally recognized tribes had collected more than 971,000 signatures by the time COVID-19 restrictions were put in place, when the effort was halted. The group filed suit against California’s secretary of state for an extension and got 90 days along with the promise from the judge to revisit the timeline should coronavirus conditions worsen. The tribes were hoping to get the referendum on this year’s ballot, but it will have to wait until 2022. Read more here.

More of the most interesting, important sports betting and industry stories of the week

Manfred needs to shut up / Johnny Avello of Draft Kings fills us in on competitive eating venturing into the world of sports betting / We turn back the clock for a memorable DA Show moment.#thedashow #cbssportsradioHBG https://t.co/ZupownMEK2

GAME BACK ON: Musings and observations from the re-openings of Illinois casinos [US Bets]

DIAMOND NOTES: Tigers partner with PointsBet, becoming the first in MLB to team up with a sportsbook. [MI Bets]

ALL ABOARD: DraftKings to enter Illinois sports betting market via deal with Casino Queen. [Sports Handle]

MUSICAL CHAIRS: Jennifer Roberts out and Danielle Boyd in in Tennessee. [TN Bets]

With Edmonton and Toronto being chosen as the two NHL Hub cities, the question most often asked now is, which of the two will play host to the Stanley Cup final and Conference finals?

The answer, apparently, is Edmonton.

ROOM WITH A VIEW: Balconies over ballparks a hot commodity. [WSJ]

The NBA has begun setting the courts up in Orlando. 👀 pic.twitter.com/2AeYNw8wJj