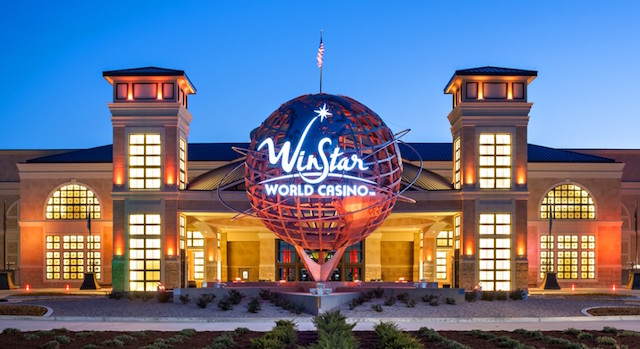 The Oklahoma House of Representatives Appropriations and Budget Committee on Monday voted 17-8 in favor of a bill that would bring legal sports betting to Oklahoma casinos operating under the State Tribal Gaming Act, the Tulsa World reported on Monday.

The Representative Kevin Wallace (R-Wellston)-sponsored bill would allow Oklahoma sports betting at the roughly 70 tribal casinos operating across the state. The bill would, in effect, alter the tribal-state compact to allow the establishments to offer sports pool wagering “on the outcome of sporting events or other events, other than horse or other animal races.”

The bill also would expand wagering at tribal casinos to include dice (craps) and ball (roulette games).

From the bill summary:

“HB3375  provides state approval for new game offerings under the State Tribal Gaming Act. Tribes may elect to begin offering non-house banked table games and sports pools by submitting a written supplement to an existing gaming compact with the state. The agreement requires a tribe to pay the state 10 percent of the monthly net wins from the operation of non-house banked table games and sports pools.”

That 10% rate would apply the exact amount as in West Virginia, where a sports betting bill is close to passage and only needs a full House vote and the governor’s signature.

Based on that 10% rate, here’s a look at the estimated economic impact in terms of tax revenue in Oklahoma:

“Last year, we ran several bills that would have brought in additional revenue for our budget problems in the state,” said Representative Leslie Osborn (R-Oklahoma City), who authored a sports betting bill in 2017 that died in committee. “One was a tribal gaming bill that would have expanded to roulette, and also to sports gambling or betting.”

Next up for HB3375 is a vote before the full house. As written, the bill says basically nothing about how sports wagering would be conducted on tribal casino premises, or on mobile, or according to what procedures or regulations.

There is nothing in this bill that the MLB and NBA are lobbying for, notably the “integrity fee” that would take about 25% of operator revenue off the top. And of course, this bill if passed it contingent upon the elimination of the federal ban on sports wagering.

It’s unclear at this time which body would govern and oversee sports wagering at the state’s tribal casinos. As this proceeds to the full House floor, I would expect we get some more clarity on that.