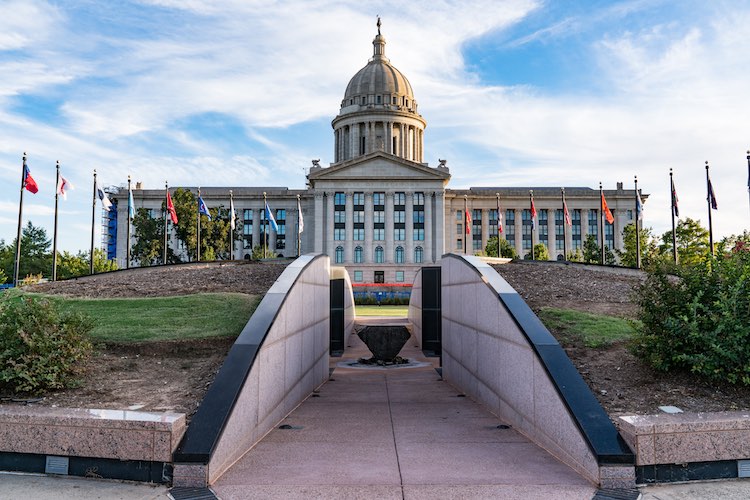 It’s information overload everywhere, and there’s not time enough to sleep and eat and stay fully apprised of what’s happening on this crazy blue dot of ours (two out of three ain’t bad). Here’s the weekend Sports Handle item, “Get a Grip,” recapping the week’s top sports betting stories, highlighting some fresh news and rounding up key stories.

Everything not OK in OK

❗️NEW: In a joint letter, House and Senate Republican leadership told Gov. Stitt they believe the gaming compacts he signed yesterday are not legal and "sow more division than unity."

They also asked him not to submit the compacts to the Dept. of the Interior.@koconews pic.twitter.com/vmlIHNgZug

Looks like just about every lawmaker in Oklahoma except Governor Kevin Stitt thinks Stitt doesn’t have the authority to legalize sports betting. A day after Stitt announced new pacts with two of Oklahoma’s tribes would bring sports betting to the state, Republican leadership in the state House and Senate shared their dismay in a letter.

“The inclusion of sports betting is one of a number of flaws found in our preliminary review of the documents signed yesterday. … We are disappointed Oklahoma’s Executive Branch made a promise it could not legally keep.”

The legislators weren’t the only ones bashing the governor — state Attorney General Mike Hunter also called out the governor, saying the pacts are “not authorized by the Tribal Gaming Act.” The upshot? Don’t expect sports betting, even at two tribal casinos, anytime soon.

The coronavirus continues to take its toll on the gaming industry Friday when Maverick Gaming announced that it won’t move forward with the purchase of the Eldorado-Shreveport and Montbleu-Lake Tahoe properties.

Maverick Gaming has been in the news of late for opposing the Washington State tribal-only sports betting bill. According to a press release sent out by the company, “At this time, it is more important for Maverick to nurture and protect their existing assets than it is to expand our asset base,” owner Eric Persson said.

Las Vegas Mayor offers city as "control group", "we offer to be a control group" to see how many people die without social distancing. pic.twitter.com/NESE2hActE

BACK ON TRACK: Virginia sports betting bill amendments approved, will go back to Gov. Ralph Northam for signature [SH]

RING THE BELL: Amid most unusual circumstances, DraftKings goes public on NASDAQ [SH]