Fresh off its third consecutive Top 10 win, Oklahoma faces another challenge Monday night against No. 10 Texas Tech. The Sooners held Alabama to 35% shooting from 3-point range in Saturday’s 66-61 win over the Crimson Tide. Oklahoma will again be without leading scorer Austin Reaves, who missed the win due to COVID-19 protocols. Texas Tech ended Saturday’s win over LSU on a 12-0 run to outlast the Tigers 76-71. The Red Raiders are 7-point favorites over the Sooners on Monday night.

Kruger: "Same guys we had on Saturday".

Stakeholders will begin to monitor developments in Alabama on a potential sports betting bill as the Alabama Legislature holds its first session of 2021. In December, a study group commissioned by Alabama Gov. Kay Ivey presented an 872-page report on gambling to state lawmakers. The legalization of sports betting could bring an estimated $10 million of annual tax revenue to the state, the report found. It comes as Alabama’s neighbors have moved swiftly to offer legalized sports betting in their respective states. Sports betting is now legal in Tennessee and Mississippi, while Georgia has taken steps in recent weeks to consider legislation. Proposals to legalize sports betting are now in both chambers of the Georgia legislature.

Ahead of Super Bowl LV, a bevy of top sports betting executives will take part in a panel hosted by EGR Global and Continent8 on Tuesday morning. The panel discussion entitled, “Leaders and Legends” will feature DraftKings President, North America Matt Kalish, FanDuel CEO Matt King, and 888 Holdings Senior VP, US Yaniv Sherman. Sportsbooks in more than a dozen states nationwide will offer lines on this year’s Super Bowl.

The Virginia Lottery will host its first monthly meeting since sports betting went live across the state last month. Several prominent operators — DraftKings, BetMGM, and BetRivers — opened shop in Virginia after FanDuel became the first sportsbook in the state to launch in January. Although the lottery received 25 sportsbook operator license applications, the Virginia Legislature initially capped the number of available licensees at 12. A pending bill in the legislature could potentially increase the cap. Sportsbooks may receive further indications on the timing of other licensing actions at Wednesday’s meeting.

The Vegas Golden Knights are set to return to game action Friday vs. the Los Angeles Kings, following a week off. The Golden Knights had three games postponed after defenseman Alex Pietrangelo and three coaches entered the NHL’s COVID 19 protocol. Vegas emerged as one of the league’s Stanley Cup favorites after a scintillating 5-1-1 start. Since the start of the regular season, 11 NHL games have been postponed due to circumstances involving the COVID 19 pandemic.

More postponements hitting the NHL next week with COVID-19 concerns among the Vegas Golden Knights. https://t.co/W6BXpiCQ4A

In the annals of Super Bowl history, only eight teams have won back-to-back championships in consecutive years. With a win over the Tampa Bay Buccaneers on Sunday night, the Kansas City Chiefs would become the ninth. Over the last week, there has been little movement with the Super Bowl line as the Chiefs remained 3-point favorites on Monday morning. Fireworks are expected in Tampa. The over/under for Sunday’s game is at 56.5 points, making it the third-highest total in Super Bowl history. Both quarterbacks are expected to attempt at least 35 passes in the matchup. Don’t be surprised if the teams combine for the most points in Super Bowl history. 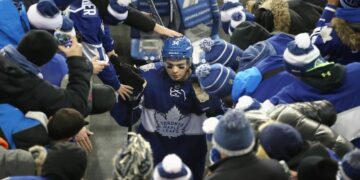