by Matt Rybaltowski
in Betting, Regulation 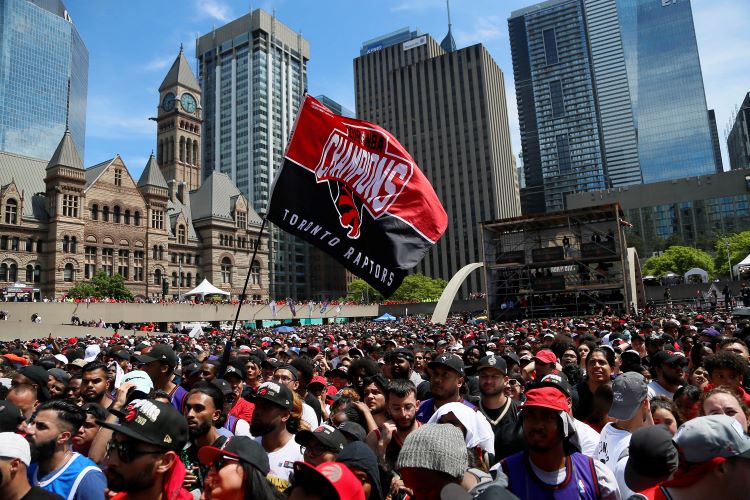 As expected, the Alcohol and Gaming Commission of Ontario (AGCO) issued final regulatory standards for internet-based sports and event betting on Sept. 9, setting the stage for its commercial rollout in Canada’s largest province in the coming months.

The lengthy set of regulatory guidelines, titled The Registrar Standards for Internet Gaming, is expected to come into force when the regulated iGaming market is launched in Ontario, possibly as soon as December. The updated standards include new guidance on appropriate advertising practices, reporting protocols on suspicious betting patterns, and the role of independent integrity monitoring for industry practices on risk management. The AGCO previously sought industry feedback on regulatory standards for sports and event betting in July after publishing a set of draft guidelines.

“In most cases, these standards are drafted at a high level of generality, with the aim being to capture the purpose behind the rule,” the AGCO wrote in its overview of the agency’s standards-based approach. “This offers greater flexibility for regulated entities to determine the most efficient and effective way of meeting the outcomes required, which in turn helps reduce regulatory burden and support market innovation.”

A section on best practices for advertising provides sports betting stakeholders with further guidance on how to tailor their marketing strategy when it comes to ads. In the rush to acquire and retain customers in the U.S., sportsbook operators have devoted large portions of their operating budgets to marketing. DraftKings has spent in excess of $150 million per quarter in sales and marketing expenses, and other prominent books have also spent nine-figure sums.

Within the section, there is more clarity on advertising standards regarding content for site credits and bonuses. Before last week’s opening to the NFL season, there was no shortage of promotions and boosted bet offers on legal sports betting websites throughout the U.S. One offer at Caesars Sportsbook rewarded customers with a free NFL jersey for placing $100 in NFL wagers. Heading into Week 2, a promotion at FanDuel offers boosted odds of 30/1 on primetime matchups on Thursday and Sunday nights for the upcoming week.

You have to look at the size of the prize – sport betting is going to be worth $40 billion annually. That's why @BenAffleck @realmartymar @iamjamiefoxx are headlining Sunday @nfl commercials & revenues are flowing: $300 million this season.
https://t.co/h5VRuY32Q1

Some of the stricter advertising standards could be softened as the market matures. Before the market goes live, however, responsible gaming is squarely on the mind of regulators.

“I think the agency was trying to find a balance,” Canadian Gaming Association CEO Paul Burns told Sports Handle. “I think they have taken a measured approach.”

The AGCO standards do not prohibit private sportsbooks from airing commercials on sports betting, without the aforementioned inducements. One nonprofit association, The Interactive Advertising Bureau of Canada, has set standards on television advertising for more than three decades. The broadcast standards are less robust than those from the AGCO, according to Burns, reflecting the agency’s commitment to establishing a responsible gaming framework.

Back in the U.S., a bevy of sportsbook operators — DraftKings, BetMGM, Caesars, and FanDuel — aired sports betting-related commercials on the top four U.S. broadcast networks during the first weekend of the NFL season. Over the course of the NFL regular season, sportsbooks are expected to spend roughly $1 billion on NFL commercials, Front Office Sports reported.

The operators can expect to be monitored for the volume and nature of their advertising. New Jersey Division of Gaming Enforcement Director David Rebuck said on a panel this week that sportsbooks need to avoid engaging in overaggressive marketing tactics through ad frenzies on various platforms. Through July, New Jersey customers wagered about $5.5 billion on the legal sports betting market, enough to make the Garden State the third-largest market in the world.

NJ chief regulator lays down the law to state sportsbooks – who might wind up going under the microscope if they don't listen re aggressive ads: “Don’t allow your marketing staff to operate unchecked. They can get you in a lot of trouble…" https://t.co/x2HSo4J8PH

According to the AGCO’s advertising standards, no operator will be able to advertise any inducements or bonuses except through its player database and website, said Amanda Brewer, who serves as an advisor for the Canadian Gaming Association.

There is also a need, she suggested, to bring together a disparate set of groups — such as the Canadian Marketing Association, Interactive Advertising Bureau of Canada, and thinkTV — to collectively agree on various standards for advertising. These would include allowing only licensed operators to purchase ads and uniform standards for an “acceptable volume” of advertising. South of the border, the NFL has set a cap that limits networks to selling a maximum of six advertising units per game broadcast.

“We hope that there is the opportunity to get all parties together sooner than later to begin the dialogue and get everyone on the same page,” Brewer told Sports Handle.

The AGCO seeks to promote a responsible gaming environment by addressing the following risks, according to the published standards:

Brianne Doura-Schawohl, vice president of U.S. Policy & Strategic Development at Epic Risk Managment, was impressed by how the AGCO articulated the importance that responsible gambling must play within the legalized market and the obligations shared by all stakeholders. When it comes to areas such as self-exclusion and marketing, as well as providing assistance to individuals who may be experiencing harm, Ontario’s regulatory plan is light years ahead of numerous U.S. states, she noted.

Doura-Schawohl is also hopeful that the standards will lead to each of the commercial sportsbooks designating a high-level executive who is solely in charge of responsible gaming. Upon launch, robust employee training can be a key differentiator in the early success of a new sportsbook.

“It’s not all that uncommon for responsible gaming to fall under compliance — or worse, security — so having a trained specialist handle all these matters is crucial for success,” she said.

In June, the Senate of Canada passed C-218, a bill decriminalizing single-event sports betting on the federal level. While several provincial lotteries have begun to offer wagers on single events (i.e. Sunday’s matchup between the Buffalo Bills and the Miami Dolphins), no province has yet opened the market to private sportsbook operators. Last month, the Ontario Lottery and Gaming Corporation (OLG) handled more than C$1 million over the first five days of legal single-event sports betting across the province.

It is unclear at the moment if the provincial lotteries will have to subscribe to the same rules covering advertising as the private sportsbooks, an industry source told Sports Handle.

The standards draw parallels to regulations in Colorado, where regulators require sportsbook licensees to submit detailed betting information to an approved independent integrity monitor to ensure that the state can properly monitor sports betting activity. As with Colorado, the Ontario standards require a sportsbook to establish internal controls to spot unusual or suspicious betting activity and report the activity to the independent monitor.

Prior to Colorado’s launch of sports betting in May 2020, several sportsbook industry stakeholders expressed concern that commercial data on betting trends could be unknowingly monetized by third-party companies under the guise of integrity monitoring. Although Genius Sports has been appointed as the official sports betting data provider for the British Columbia Lottery Corporation, the company has yet to tap into the Ontario market. In-game betting is permitted under the AGCO’s final regulatory standards.

The AGCO is aware of the potential conflict of interest between monitoring for match fixing and selling data, another industry source told Sports Handle.

By December, registered operators under contract with iGaming Ontario may start offering their products and services to customers across the province, the AGCO said. With roughly 14.8 million residents, Ontario would be considered a Top 10 market if it were located in the U.S., DraftKings CEO Jason Robins noted at the company’s investor day presentation in March.

Single Game Parlays Have Taken The Sportsbook World By Storm