Sportsbook operators have a few thoughts on the surprising early trend

by Greg Warren
in Features 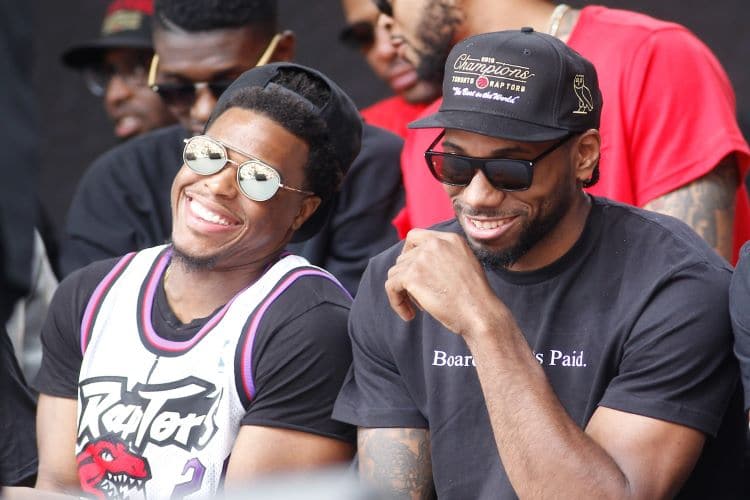 Everyone knows that hockey is Canada‘s national sport, but is that being reflected in the early days of Ontario‘s newly regulated sports betting market? The answer is yes, but maybe not to the extent as initially expected, thanks to the rising popularity of basketball in the country and, specifically, in Ontario.

Many sportsbooks are reporting basketball as the most popular sport with local bettors since the market launched on April 4, with hockey a close second. And Ontario bettors are wagering big on professional local teams in the province, like the Toronto Maple Leafs, Toronto Raptors, and Toronto Blue Jays.

There are 15 million Canadians who call Ontario home, with 6 million of them residing in the Greater Toronto Area. Ontario accounts for nearly 40% of the total population of Canada.

“There’s a ton of hometown love,” theScore Bet‘s vice president of content and marketing, Aubrey Levy, said recently during an online discussion regarding Ontario’s launch. “We’ve seen 80 percent-plus of our sportsbook users betting on Ontario teams, over 50 percent have bet on the Jays, it’s a lot of hometown love. I think it also helps that all the hometown teams, at least in the Toronto market, are competitive and good. So they’re fun teams to bet on.”

Toronto’s professional sports teams have been quite good this year, as Levy stated. The Raptors and Maple Leafs enjoyed strong regular seasons before bowing out in the first round of the playoffs in their respective sports, and the Blue Jays are currently holding a playoff spot in the American League and boast a roster with some of the most exciting young talent in baseball.

But still, basketball seems to be the preferred sport to bet on across the board, at least until the NFL regular season begins in September. There’s no doubt the Toronto Raptors winning the first NBA title in franchise history in 2019 skyrocketed the popularity of the sport in Ontario. In fact, social media was buzzing last week with posts reminiscing about the recent Raptors championship run led by Kyle Lowry and Kawhi Leonard.

Toronto hosted the 🐐 championship parade for the NBA Champion, your Toronto Raptors!

The rise of basketball

So why is basketball No. 1 out of the gate?

“Ultimately, what we’re seeing is that basketball is exceptionally popular. It’s that live in-play [driving the betting],” said PointsBet Canada Chief Commercial Officer Nic Sulsky during the same online discussion regarding Ontario’s launch. “Hockey is not as easy to gamble on as basketball. There’s less stats, there’s limited in-play betting right now, and there’s less scoring. It’s hard to do a 1.5-goals spread in hockey. That’s a harder bet than if the Warriors are favored by four-and-a-half [points] over the Mavericks. There’s a lot less variance in hockey than other sports. There’s less data points.”

PointsBet Canada isn’t the only sportsbook to report heavy action on basketball, either. Dale Hooper, general manager at FanDuel Canada, told Sports Handle that NBA, NHL, and MLB have been the most popular markets at his sportsbook, but there’s also rising popularity in global games like soccer and tennis.

“People love stars,” Hooper said. “The NBA is a star-driven league. And [bettors] love the prop bets around those stars. There’s so many lines and markets you can work across. People love the NBA whether the Raptors are playing or not.”

Hooper added that Ontarians are actively betting a number of different NBA teams and props, and that the action is definitely not limited to the Raptors.

BetRivers also released some early data that revealed basketball was a preferred market by Ontario bettors. Shockingly, hockey wasn’t even mentioned in the sportsbook’s release.

A few Ontario stats from @BetRivers this afternoon: pic.twitter.com/GtoLYEYO0o

Another sportsbook executive gave Sports Handle the following breakdown of betting volume in Ontario to this point: basketball (35%), hockey (22%), and baseball (20%), with soccer, tennis, and golf accounting for about 5% each.

Even Ontario’s provincial lottery, the Ontario Lottery and Gaming Corporation, is seeing healthy betting volumes at its PROLINE + sportsbook outside of the hockey realm.

“We’ve been ecstatic to see a lot of heavy action on basketball and baseball,” OLG’s chief digital and strategy officer, David Pridmore, told Sports Handle in late April. “In Ontario, there are fans of different teams all over the place in different cities and communities. Every time the [Canadian men’s soccer team was] getting closer to the World Cup, that was awesome for us — we got lots of action. Women’s hockey was also huge over the Olympics for us. That and curling were huge for us.”

Hockey bettors took a keen interest in wagering on events that involved the Maple Leafs, especially during their first-round playoff series in early May with the defending back-to-back Stanley Cup champion Tampa Bay Lightning.

An OLG spokesperson said an astounding 34.5% of all NHL hockey sales involved the Maple Leafs during a four-game stretch in their opening series. Support for Toronto was overwhelming in Game 7 against Tampa, even with the team’s awful recent track record in the playoffs.

PROLINE + reported that 66% of moneyline bets for the game were on the Leafs, but Tampa skated to a 2-1 victory in Game 7, handing the Maple Leafs a seventh straight opening-round playoff exit.

Surprisingly, the exciting first-round series was also a relative dud in the TV ratings compared to the year prior.

But not everyone is convinced hockey is secondary to basketball in the Ontario betting world.

“Hockey is getting a ton of action. I don’t think the popularity of basketball is at the diminishment of the popularity of hockey,” Levy told Sports Handle last week. “I think it speaks to how much of a hometown market Toronto is. … When we’ve got exciting teams performing well, with a lot of fan support, you’re going to see a lot of action. I’m not surprised by the amount of NBA and Raptors action that took place, but certainly it was not at the expense of NHL or Leafs action.”

With the NBA playoffs wrapping up Thursday night, and the Stanley Cup Finals now in progress, the betting landscape will be changing again as we enter the dog days of summer. Operators are predictably expecting betting volumes to increase drastically with baseball and Canadian Football League action in the summer months. After that, the focus will shift to the NFL, and the competition will be as fierce as ever for the sports betting consumer’s dollar in the province.