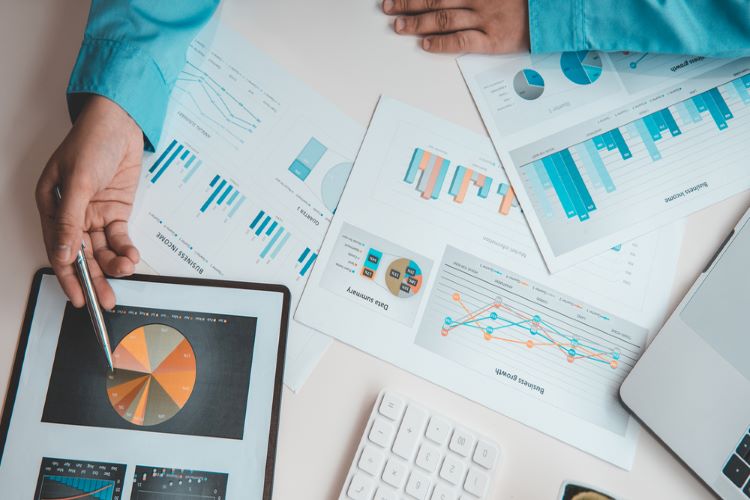 Ever since the launch of Ontario‘s regulated iGaming and sports betting market on April 4, every stakeholder has been awaiting public release of the first revenue numbers.

In the U.S., it’s common practice for state regulators to announce sports betting handle and revenue numbers on at least a monthly basis. Almost two months since the launch of the Ontario market, however, there’s still no indication of how it is performing overall or of which operators are dominating market share out of the gate.

Mitchell Davidson, the chief of staff for iGaming Ontario, explained during a webinar for prospective iGaming operators Tuesday that local politics have the government agency’s hands tied for the time being.

“Our provincial election — the province is the body that we report to — is on Thursday. So, we’re currently in what’s called the ‘caretaker mode,’ where we have to make sure that we are not making any news or headlines that affect the election in any way. For us, that interpretation includes reporting requirements.

“So, for now, we have to wait until at least Thursday. After that, I would say we want to be sharing some numbers shortly and we’re committed to open and transparent reporting when it comes to the market.”

Toronto is hosting two major gaming conferences during the week of June 6-10: SIGMA and the Canadian Gaming Summit. There could be significant pressure for iGaming Ontario to release revenue data prior to these high-profile industry events. If numbers aren’t released, it will surely be the burning question on everyone’s mind at both conferences.

A few weeks ago, an industry source suggested to Sports Handle that revenue numbers would be disclosed just prior to the June 2 election to help boost the profile of the Progressive Conservative Party of Ontario, but that has turned out not to be the case. Healthy early revenue numbers, and the establishment of a new constant revenue stream for the provincial government, would have potentially given the party some positive publicity right before voters hit the polls. Operators in the newly regulated market are being taxed 20% of their earnings by Premier Doug Ford’s provincial government.

The Canadian Broadcasting Corporation’s Poll Tracker, which is averaging out the numbers of every available public survey, has the Conservatives well out in front with nearly 38% of the popular vote. Additionally, the tracker is suggesting there’s an overwhelming 89% chance the Conservatives will secure a majority provincial government.

The Conservatives have backed the creation of the province’s new regulated online gaming market, and they are in discussions with industry stakeholders now about expanding sports betting into the retail space.

Ford hasn’t spoken publicly about the online gaming industry during his campaign, and his party doesn’t mention anything about future plans for the industry in its official party platform. This isn’t surprising, though, considering other priority issues such as pandemic recovery, housing affordability, the environment, and inflation.

On Feb. 25, 2020, Conservative Member of Parliament Kevin Waugh introduced Bill C-218, known as the Safe and Regulated Sports Betting Act, intended to legalize single-game wagering in Canada and give the provinces the authority to conduct and manage the regulation of the industry. Conservative Senator David Wells later sponsored the bill in the Senate, ultimately leading to the decriminalization of single-game wagering, effective Aug. 27, 2021.

It was estimated that black market bookmakers and offshore betting sites were generating roughly $14 billion per year in Canada prior to the legalization of single-event wagering. The Conservative government, with the support of other members of Parliament, wanted to begin regulating and taxing the industry, creating new jobs in the space, and instituting consumer protections.

Canada has had a long-existing gray market in the online gaming and sports betting space. Since the advent of the internet in the 1990s, foreign operators licensed in Costa Rica, Gibraltar, the Isle of Man and elsewhere have offered online casino and sports betting to Canadians. Provincial lotteries later jumped into the market, but they were able to offer only parlay-style wagering until last August’s federal action.

Although revenue numbers will be the true indication of how the industry is performing and which operators are preferred in Ontario’s market, a pair of studies have tracked app download data.

According to a report from Morgan Stanley analysts Ed Young and Thomas Allen, Toronto-based theScore Bet collected 35% of the app download share in April. It was followed by bet365, which had already been operating in the province as a gray operator for some time, at 27%, and FanDuel at 16%.

In a separate report obtained by Sports Handle from Barclays Equity Research, FanDuel had a 20% share of the sportsbook app downloads in Ontario in the first 10 days after launch. Only theScore Bet (24%) and bet365 (24%) had more downloads than FanDuel.

TheScore Bet, which had significant brand recognition from its early days as a Canadian cable TV station and later through its popular digital sports news app, appears from the data to be a preferred early choice for bettors. It may have been boosted a few days after launch by a timely exclusive partnership announcement with the Toronto Blue Jays, Canada’s only professional baseball team.

Aubrey Levy, senior vice president of content and marketing, said during a recent online discussion that theScore’s “seamless” launch converted users from its sports news app, which has over 4 million monthly users, to the betting app. TheScore is also ceasing betting operations in the U.S. to focus entirely on its Canadian, and specifically Ontario, operations.

Some interesting data was shared during Tuesday’s webinar with regulators and operators regarding the “State of Play” in Ontario:

The fact that more than 70 brands are seeking registration with the province’s regulator, the Alcohol and Gaming Commission of Ontario, indicates operators see massive potential in the market. It also means the competition is about to get more intense over the coming months. Some operators believe, though, that future consolidation in the marketplace is inevitable.