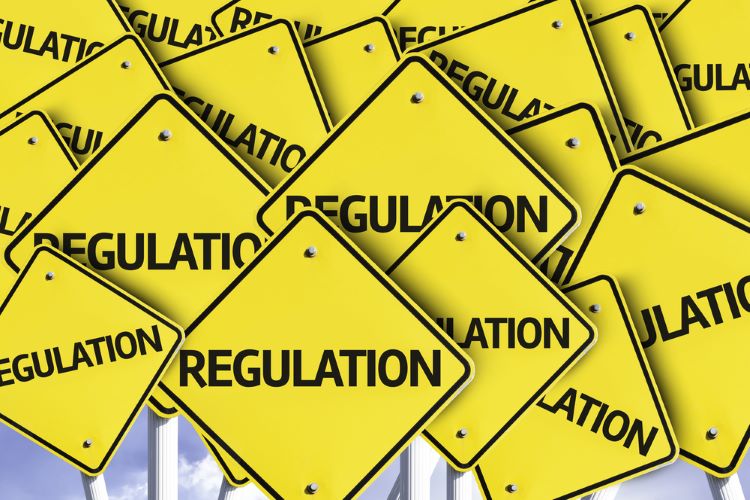 Ontario‘s provincial regulators are exhibiting leniency with operators currently transitioning from gray to white in the province, a stance that’s frustrating a handful of operators that went live there on April 4.

The Alcohol and Gaming Commission of Ontario and iGaming Ontario, the two government entities responsible for the legal framework and day-to-day management of Ontario’s regulated iGaming market, are still busy processing license applications for operators looking to enter the market. They have been criticized, however, for failing to focus of some aspects of operations since the launch two weeks ago.

There’s concern that regulators aren’t monitoring who is still accessing the market without a license and the operators that are taking too long to come into full compliance. Some operators are still conducting business as usual in Ontario while they wait for their applications and licenses to be processed.

“This is a black market now. If you do not have a license application in ahead of April 4, and you don’t have AGCO aware of that, then you are now in a black market. There’s no more gray market in Ontario anymore,” said Kindred Group’s Amanda Brewer, country manager, Canada, during a Twitter Spaces discussion on sports betting last Thursday by Parleh Media.

“Nobody has a clear understanding of how long the AGCO is going to let operators come into full compliance. AGCO had said it’s a 90-day turnaround [for the licensing process], so if that’s the case, and iGO is working alongside operators to get them ready to sign the operating agreement as soon as they get their registration, somewhere between 90-100 days should be the average timeline. But for big operators who aren’t yet licensed, that’s a lot of [taxable gross gaming revenue] not being paid,” continued Brewer, whose company launched Unibet in the province on April 4.

Hello Canada! 👋🏒🇨🇦 We are live! The Unibet Sportsbook and iGaming products are available to customers in Ontario via https://t.co/pZLHghqkvC and the mobile apps are available in Apple Store and soon in Google Play Store! https://t.co/M0JypiDBcO pic.twitter.com/5hYwIiLs9b

Thirteen operators that went live in Ontario on April 4 had to pay a $100,000 licensing fee and are subject to a 20% tax on their earnings upon entering the new regulated market. There are more operators that should be fully licensed during the week of April 25 and then another group of operators is expected to enter the market in May, according to industry sources.

Among the newly regulated operators is bet365, which previously operated in the province as a gray sportsbook for many years. It’s been estimated that bet365 already had 35% of the sports betting share of the Canadian market prior to launch. Under its regulated status, the operator had to settle in advance any futures bets that extended past April 3 with its customers in Ontario. It elected to void the original stake amount and return withdrawable funds to players on the site to comply with new regulations.

Coolbet Canada was in a similar position, as it’s licensed in Malta and was also previously operating as a gray sportsbook in Ontario. It elected to take a more customer-friendly approach to settling sports bets with its customers. Like bet365, Coolbet Canada became regulated on April 4, but there are other longtime operators that are still conducting business as usual without licenses. And this isn’t sitting well with operators that have been fully compliant.

One frustrated executive from a newly regulated Ontario sportsbook told Sports Handle in a message exchange, “Black market operators (there is no gray market any longer in Ontario in my opinion) still live in Ontario, are not paying any tax OR being held under the regulatory rules. Advertising is very frustrating for operators playing by the rules. And it’s not just that, it’s also the ‘.net’ advertising that is still allowed for operators that have NO license and national media companies promoting brands that are operating unregulated books outside of Ontario.”

One operator in this exact process of transitioning from a gray to white sportsbook is BetRegal, which holds a license in Malta and continues to operate in Ontario.

BetRegal is in the application process with the AGCO and iGO and plans to launch sometime in May to coincide with the start of the CFL season. BetRegal became the CFL’s official gaming partner last August, making the start of the 2022 season a natural launch time. The operator had hoped to launch on April 4, but the plan changed after some confusion with the new regulations.

“We’re still good to operate under our Malta license until that application process is finally confirmed,” said Aly Lalani, head of marketing for BetRegal. “[The regulators] walked back from that regulation, so now it’s not a requirement anymore. So as long as your documents were submitted before April 1, we’re fine to operate business as usual. We can’t advertise aggressively, but we’re fine to accept customers. We decided we’re going to hang on until the last second to submit our application because we want to continue to operate.”

By waiting to submit its application, BetRegal, like other operators in the application process with the AGCO and iGO, won’t be subject to the 20% tax on gaming revenue until officially receiving a iGaming license from the province. In the meantime, regulated operators that went live April 4 are paying the tax.

Lalani was previously the marketing director for Pinnacle, which is also in the process of obtaining a license from the AGCO, and he’s held various marketing positions with Bodog and BetWWTS. BetRegal launched a free-to-play .net site in Canada last July.

Super Group, the parent company of Betway, is another operator still doing business in Ontario while going through the application process with the AGCO and iGO. Some details were revealed during the company’s earnings call last week.

Canada, or Ontario specifically, was the recurring topic on todays Super Group earnings call. Below a few snippets worth noting… pic.twitter.com/Q3J18lGuDH

The AGCO deferred to iGaming Ontario when approached about the rules for operators currently in the licensing process, but it did give the following statement:

The iGO has not responded to questions Sports Handle sent Thursday about plans for transitioning operators into the regulated market.

Operators must go through a comprehensive seven-step process with both the AGCO and iGO before a license can be granted.