A formal announcement was made Friday afternoon 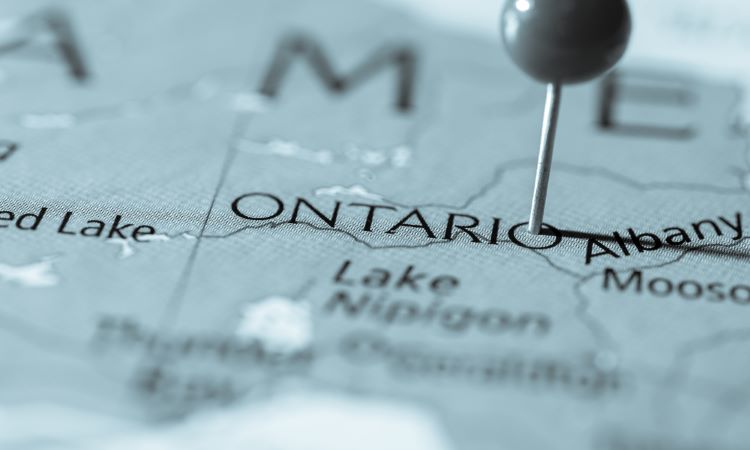 Private gaming operators that have registered with the Alcohol and Gaming Commission of Ontario and have executed an operating agreement with iGO can now begin planning to offer their games to users in the province as early as April 4. These companies will operate gaming sites in the market on behalf of the province in accordance with these agreements, iGO noted.

The AGCO, in conjunction with iGO, have been tasked with developing the legal framework for the province’s planned open gaming market and issuing licenses to private operators. While the tax rate for operators has not been settled upon, an industry source told Sports Handle that it’s expected to be “around 20%.”

Dozens of online gaming and sports betting operators — including DraftKings, FanDuel, BetMGM, Caesars, PointsBet, BetRivers, theScore Bet, NorthStar Gaming, and Rivalry —  are known to have interest in Ontario, which has a population of roughly 15 million and is predicted to generate gross revenues of nearly $1 billion (CAD) in its first year of operation. Once it launches, Ontario’s iGaming market is expected to be one of the most competitive and robust in North America.

Canada legalized single-game wagering with the passing of Bill C-218 last August. Currently, Ontario sports bettors can only legally wager with the provincially run PROLINE + platform, and online casino games can only be accessed through the Ontario Lottery and Gaming Corporation.

A collective sigh of relief across the gaming industry could be heard immediately following the announcement.

“This is another major milestone and achievement for Ontario’s gaming industry after sports betting,” said Paul Burns, president and CEO of the CGA, in a statement. “The move to establish a regulated iGaming market in this province will ensure that the people of Ontario have access to safe and legal gambling options online while encouraging investment and job creation in Ontario. We finally have the opportunity to safeguard the economic benefits that will start to flow to licensed gaming operators and the provincial government.”

PointsBet Canada, which opened a new operation in Toronto, Ontario, in anticipation of the market launch in the province, is just one of the many private operators elated with Friday’s news.

“I want to commend Premier Ford, Attorney General Downey, Minister Bethlenfalvy, and iGaming Ontario for their work in creating an openly competitive and regulated environment,” PointsBet Canada CEO Scott Vanderwel said in an email statement. “We will continue to work with our government partners to protect consumers and create a level playing field in a responsible and licensed gaming market as we introduce PointsBet Canada’s unmatched speed and ease of use, as well as the deepest slate of pre-game and in-game betting options in the world.”

Private industry leaders had been pushing the province for a launch date so they could plan accordingly. Initially, the hopes were that the launch would occur last month. Once that goal wasn’t reached, private operators were then hopeful that the market would be opened for marquee events in February, which include the Super Bowl and Winter Olympics.

An April 4 launch date won’t allow private operators to capitalize on those opportunities, but there will be no shortage of sporting events in the spring. The Masters, golf’s biggest yearly event, is scheduled to begin April 7 , while Major League Baseball will be in its first week of the regular season (as long as the lockout doesn’t push Opening Day back) and playoff pushes will be on in professional basketball and hockey. Furthermore, the CFL will begin preseason play a month later in May.

There are still many details to be ironed out, but online gaming companies can now officially begin implementing their respective strategies to compete in the market.

Many sportsbooks have been seeking out strategic partnerships in an attempt to connect with Canadian, and specifically Ontario, bettors. PointsBet has already made deals with Curling Canada, the NHL Alumni Association, and the Trailer Park Boys. Sports Interaction is now the official sports betting partner of the National Lacrosse League in Canada, and BetRegal is aligned with the CFL. Those are just a few of the partnerships already in place and there will be more following this announcement.

It all starts April 4th

PointsBet and FanDuel recently spoke about their respective strategies to conquer the Canadian sports betting market at a virtual conference held at Western University in London, Ontario. Both sportsbooks stressed the importance of identifying with the local market and spotlighting offerings that are dear to sports fans and bettors in the region.

PointsBet is betting on the curling market exploding, while FanDuel plans to target hockey fans with its marketing. Responsible gaming is also a top priority for any of the new sportsbooks looking to enter the Ontario sports betting market.

It will also be interesting to see how already established operators in the province react to the influx of international competition. Great Canadian Gaming, which owns many of the major casinos in the province, released a report earlier this month that stated opening the market up to private operators could cost the Ontario government roughly $2.8 billion in revenue over the next five years. The organization also issued a statement Friday condemning the pending launch of the regulated market.

NEW – One of Canada‘s largest casino operators is speaking out against the Ford governments rollout of a new online gaming market. It was announced today that privately owned gambling websites can legally start operating in Ontario on April 4. Great Canadian gaming taking issue. pic.twitter.com/z0VT90R680

And OLG, which has a monopoly on legal sports betting in the province, will now have to formulate a plan to prevent users from jumping to other well-known sportsbooks. PROLINE + is expanding its offerings and hopes to capitalize on the upcoming Super Bowl and Winter Olympics to solidify its standing with users.

Canada’s gaming industry leaders have been keeping an eye on the development of nearby New York‘s sports betting market, which is already being hailed as the sports betting capital of the U.S. after just launching on Jan. 8. New York bettors produced a whopping $603.1 million (USD) in handle over the first nine days of legal sports betting in the state, and it’s projected the state could break New Jersey‘s national record for monthly handle of $1.3 billion.