NFL-season rollout still planned, but date not yet set

Betting on college sports won’t be part of the Oregon Lottery’s new sports betting game, “Scoreboard,” according to a spokesperson for the Lottery. Though the state did not need to pass any new legislation in order to offer sports betting, the Lottery has chosen, at least initially, to limit its offerings to professional sports.

“As we’ve been looking to get back into the sports betting market — it’s been more than a decade since we’ve had any — we’re kind of easing into it,” Matthew Shelby, public information manager for the Oregon Lottery, told Sports Handle on Monday. “Professional sports is an easier sell to the broader audience. We may revisit (wagering on collegiate events) later on. It’s a business decision for it right now. There is concern on our commission about adding colleges, never say never, but we thought it best to shy away from colleges right now.”

The Lottery is targeting a start-of-NFL-season launch that will initially be digital only. Once the app and online offerings are up and running, the Lottery will begin the process of putting kiosks in approved locations throughout the state.

In-game, parlays to be among offerings

Since the Oregon Lottery partnered with SB Tech earlier this year, it has access to an “off-the-shelf” sportsbook, that will allow it to offer a range of sports betting options from picking winners outright or against the spread to in-play wagering, and even parlays. Shelby said that once the app is live, consumers will be able to bet not just on NFL games, but other professional sporting events, as well. Consumers must be 21 or old to participate.

Expect the online sportsbook and mobile app to look similar to what’s being offered by the Golden Nugget in New Jersey, which is also partnered with SB Tech.

In terms of a timeline, the goal is most certainly Sept. 8, when the first regular-season NFL game kicks off. Whether or not Oregon hits that date remains to be seen.

“We have not identified a specific launch date because we’re still integrating the product into our current systems,” Shelby said. “That is currently on schedule, but for us, the biggest competitive advantage we have over offshore sportsbooks is we have a trusted local brand in Oregon, so we don’t want to do anything to hurt that brand. Before we roll this out, we want to make sure it all works right.”

Lottery and SB Tech personnel are already testing the systems to ensure the systems are functional, and that testing will continue right up until and after launch, as Shelby said the fluidity of a mobile app or online sportsbook will allow the Lottery to continue to take customer feedback and integrate into the platform.

We are extremely pleased to announce that the @oregon_lottery has selected GeoComply as its geolocation compliance solution provider for their upcoming mobile sports betting app in the state. Read the full press release here: https://t.co/31sieYfIij #GeolocationYouCanBetOn

The Lottery took an additional step last week, when GeoComply announced that it has partnered with the Oregon Lottery for geofencing services.

Earlier this year, several lawmakers tried to prohibit the Lottery from offering sports betting, or at least restrict how sports betting would be offered, but neither initiative had any legs in the state legislature.

Oregon was one of four states grandfathered in under the Professional and Amateur Sports Protection Act, and it offered a limited form of sports betting on and off until 2007. Oregon’s lottery was the first to offer a “successful” sports wagering game, and “Sports Action” debuted in 1989. The Lottery began offering “Scoreboard” in 2003, but, according to the Lottery website, discontinued both offerings in 2007 at the request of the state legislature. 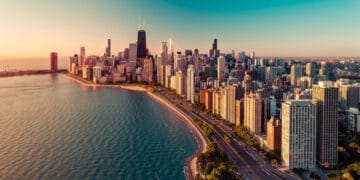 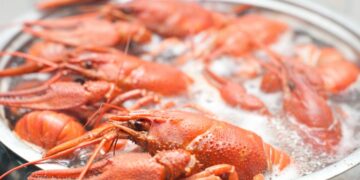