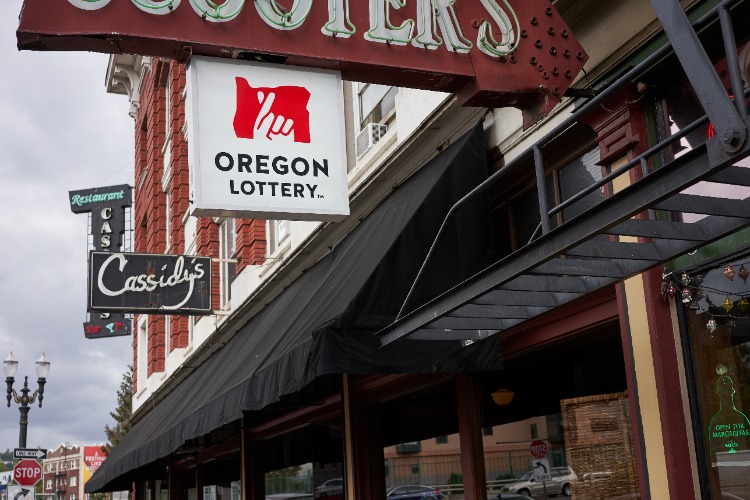 A bill that would make the Oregon Racing Commission the regulator and allow statewide mobile and retail sports betting was filed Monday. Sports betting in Oregon is currently only legal via the Oregon Lottery’s ScoreBoard digital app and in person at two tribal casinos so far.

The new bill does not explicitly say that the lottery’s ScoreBoard app would have to cease to exist, but it does name the racing commission — rather than the lottery — as the regulator.

HB 2127 was pre-filed at the request of Gov. Kate Brown for the racing commission. The bill would certainly create a more open, competitive marketplace, as it doesn’t appear to limit the number of operators that the commission could license, calls for a $50,000 license fee, and would allow for wagering on college and professional sports. ScoreBoard currently only offers betting on pro sports.

But operators would consider it a negative that HB 2127 requires the use of official league data — so far among legal sports betting states, only Illinois, Michigan, Tennessee, and Virginia have mandates requiring operators to purchase data packages from the pro leagues in order to grade certain types of wagers. Of those states, only Illinois and Tennessee are live online.

The bill would also allow sports governing bodies to request that certain bet types be prohibited. This is likely a nod to what some states have already done, bannin specific prop bets on college events in order to prevent wagers that could put individual college athletes on the hot seat.

Laws in both Iowa and Colorado prohibit certain college bets.

The bill appears to call for up to a 10% tax on gross gaming revenue, but it doesn’t use the word “tax.” Instead, it reads that “a fee not to exceed 10 percent” will be assessed. Under the bill, the legal age for wagering would be 18 and the act would become “operative” on Jan. 1, 2022. The current legal age for sports betting is 21.

The bill appears to apply to horse racetracks and language reflects that, meaning it could be an idea for additional sports betting rather than any kind of replacement.

What’s going on with ‘ScoreBoard?’

The Lottery launched its ScoreBoard app in October 2019, and it reportedly lost money in the first fiscal year, as well as being embroiled in several controversial situations. Nowhere in the new bill does language call for ScoreBoard to disappear, and the lottery has heavily invested (time and money) in the app, which was its first foray into digital commerce.

Several U.S. jurisdictions have or plan to have lottery offerings available alongside commercial options. The D.C. Lottery offers sports betting via its GamBetDC app alongside retail and digital commercial wagering in the city, and the New Hampshire Lottery has plans to launch “Sports 603.”

On the commercial side, DraftKings has a monopoly in N.H. In both D.C. and N.H., however, the lottery is the regulator.

Through November 2020, ScoreBoard showed a profit of $4.7 million, which is a reversal from its early months, when it showed a $5.3 million loss for FY 2020, due in part to startup expenses. According to a lottery spokesperson, ScoreBoard has turned a profit every month so far for FY 2021.

The latest available year-to-date report goes through November, and it showed ScoreBoard handle of about $218 million and gross gaming revenue of about $20 million. SBTech (DraftKings) runs ScoreBoard for the lottery, and the two have a revenue-sharing agreement that accounts for part of the ScoreBoard expenses.