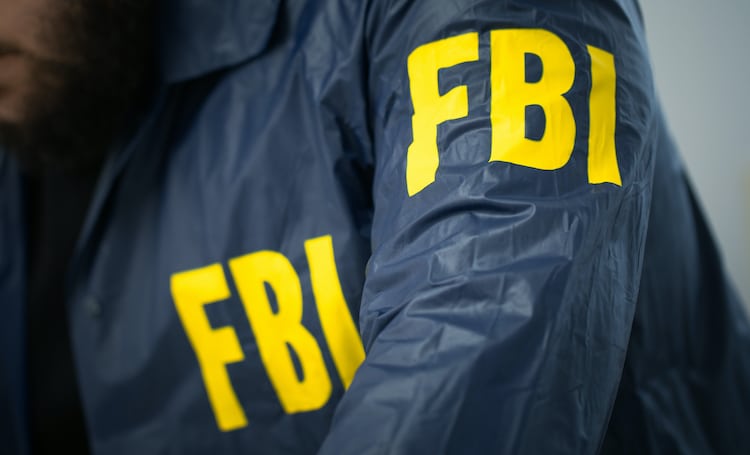 The United States Attorney’s Office in the Middle District of Florida announced Wednesday it has filed a criminal complaint accusing Benjamin Tucker “Parlay” Patz of transmitting threats in interstate and foreign commerce.

The 23-year-old Patz, who attained national media attention after purportedly winning $1 million through sports gambling in a six-week span last November to December, faces a maximum of five years in federal prison if convicted. The complaint references several news stories about Patz’s wagering activities, chief among them one by former ESPN and current Action Network reporter Darren Rovell titled “50 Days, $1.1 Million in Winnings and One Wild Ride: A Day Inside the ‘Parlay Patz’ Phenomenon.”

He won $1 million in parlays in 50 days. He chartered a plane to the Virgin Islands and hired a chef. And with it, came the haters. A fake version of him selling picks on Twitter and a guy who fabricates his losses. The story of “Parlay Patz” continues https://t.co/rg1Nya9Qfg

According to the 21-page complaint, Patz created anonymous Instagram accounts and used them to make “numerous threats to carry out violence against professional athletes and/or their family members” during the 2019 Major League Baseball season and earlier in 2019. Patz allegedly also sent menacing messages to student athletes at the University of Oregon and University of Arizona.

The complaint contains threats Patz allegedly made via Instagram direct messages to five players on the Tampa Bay Rays and Chicago White Sox on July 20. While the complaint only lists the players by initials, it appears the ones who received the messages were Rays pitchers Emiliano Pagan, Adam Kolarek, and Chaz Roe in addition to outfielder Tommy Pham as well as White Sox reliever Alex Colome. All five played in the game between the teams on July 20, won 2-1 by the White Sox in 11 innings.

Patz, whose Twitter account “@parlaypatz” was suspended, did have an Instagram account with the same handle, according to FBI Special Agent Daniel A. Nowak. Patz was also the subject of a feature story released Nov. 18 by Action Network’s Rovell. The complaint states Patz and Rovell exchanged messages Oct. 29 as Rovell sought to confirm Patz’s identity with William Hill.

Rovell declined Sports Handle‘s request for comment on the complaint against Patz.

Nowak, who submitted an affidavit for the complaint, noted the messages Patz allegedly sent to the five players on the Rays and White Sox from 8:47 pm ET to 9:54 pm ET on July 20, which was within the time frame of the game being played as it started at approximately 6:10 pm ET and ended at about 9:58 pm ET.

There were a series of Instagram direct messages from an account with the handle of @b82hs9 to Pagan, who blew a save when he allowed a game-tying homer in the ninth inning of the game played on that date, that included:

To Kolarek, who yielded the go-ahead run in the top of the 11th and took the loss for the Rays, Patz allegedly sent messages that read, “Your family’s necks will be severed open with a dull knife!” and “Your family will die!”

To Pham, he allegedly wrote, “Unfortunately 0-5 against the Chicago White Sox isn’t going to cut it. Because of your sins, I will have to behead you and your family,”

Using a different Instagram account, @jeanlucricharde, Patz allegedly directly messaged Roe: “Your family will be beheaded.” Roe recorded the final three outs for the Rays in the top of the 11th of Tampa Bay’s defeat to Chicago.

To Colome, who recorded a save for the White Sox by pitching the bottom of the 11th to preserve the 2-1 victory, Patz allegedly messaged, “I WILL BEHEAD YOUR FAMILY YOU DIRTY WETBACK.”

Other alleged threats to MLB and NFL players

Nowak detailed other instances in which Patz allegedly made threats via Instagram direct messages to Major League Baseball players, and in some cases, people whom the players had relationships with. There was a second instance on July 20 in which the account @b82hs9 sent direct messages to Washington Nationals players Adam Eaton and Trea Turner as well as Atlanta Braves slugger Josh Donaldson and his girlfriend that contained similar graphic and violent threats.

“His substantial and persistent online sports wagering suggests that Patz may have threatened athletes who played in games on which he had unsuccessfully wagered and lost money,” agent Nowak stated in his affidavit, “or that he may have tried to influence the outcome of upcoming sports events on which he had wagered.”

In addition to the alleged threats to MLB players, the complaint also details alleged threats sent via direct Instagram messages under a fake account to New England Patriots wide receiver Julian Edelman and tight end Rob Gronkowski — both listed by initials in the complaint — during Super Bowl LIII. Patz posted a screenshot Feb. 3 to his Instagram account that showed a $10,000 wager on the Los Angeles Rams to beat the Patriots, but New England won the game 13-3.

On that same day, both Edelman and Gronkowski allegedly received Instagram direct messages from the @b82hs9 account, with Edelman receiving a message that read, “ILL RAPE AND MURDER YOUR ENTIRE FAMILY.” The  messages to Gronkowski read, “I WILL BRUTALLY RAPE AND MURDER YOUR FAMILY,” and “I WILL ENTER YOUR HOME WHILE YOU SLEEP AND SEVER YOUR NECK OPEN WITH A DULL KNIFE.”

Reads a statement on the U.S. Justice Department website:

“This case was investigated by the Federal Bureau of Investigation and is part of the Bureau’s Integrity in Sport and Gaming Initiative, which is designed to tackle illegal sports gambling and combat threats of influence from criminal enterprises. It will be prosecuted by Assistant United States Attorney Patrick Scruggs.”