Historically, sportsbooks win about 30% on parlay bets, compared to 5% on all football wagers

by Gary Rotstein
in Sports 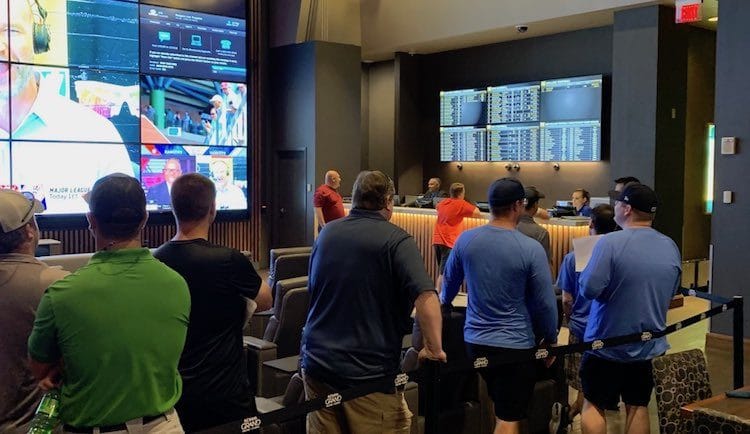 Their lines on football games were always even numbers, and ties were losses. House rules. Odds were skewed against the bettor so that, for example, favorites were -7 but underdogs were +6. Pick ‘em games were -3 on both sides.

“We never got caught, but if we had, we should have gotten into trouble for larceny, not bookmaking,” Andrews admits in his recently published memoir, “Then One Day … 40 Years of Bookmaking in Nevada.”

It’s a little bit better than that for modern-day adults across the U.S., gambling on sports legally for the first time. Considering the average fan tracks pro football more than other sports and figures he knows more about the various teams’ chances, some have waited for the new NFL season for a chance to make a parlay wager.  But parlays are still a bad bet, even if not as bad as for youngsters in Andrews’ old suburban Pittsburgh neighborhood.

The figures tracked by the UNLV Center for Gaming Research show that historically, the Nevada sportsbooks win 31% on parlay bets, compared to 5% on all football wagers.

And yet, thousands upon thousands of bettors parlay away undeterred, lured by that old gambling maxim of “trying to turn a toothpick into a lumberyard.” As with all sports betting, more people are wagering more money on parlays than they were a decade ago, with $95.1 million put into play on them in Nevada in 2018 compared to $64.6 million in 2008.

“We get a lot of guys who play 10 teams – if you can’t win one game, how can you beat 10? – but the payoff’s going to be awfully attractive,” Andrews, currently on medical leave from running the South Point Hotel Casino sportsbook in Las Vegas, explained in a recent interview. “When you play the Powerball or lottery, you know yourself the odds aren’t 2-to-1, it’s some astronomical number, but guys still play it.”

Wise bettors might stick to the smaller parlays where they see some definitive edge in the lines in one or two games. They can also cut into the house advantage, Andrews says, by finding out-of-date lines on the parlay cards distributed within casino sportsbooks during the week. An injury or suspension might shift a line a couple points on the board by the time of Sunday’s games, but a card’s numbers stand as printed. 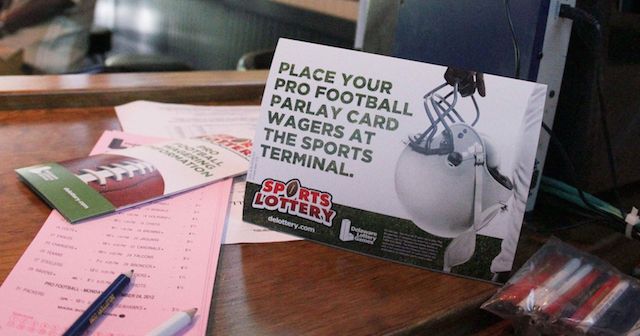 “What’s 2 points worth in the NFL? Quite a bit,” Andrews suggests. “If you can find a couple games like that and put together a parlay where the sportsbook takes that bet, that’s not a bad bet. But even having 2 points to the best of it, it’s a tough bet because you have to win all of them. Just because you have the best of the numbers, it doesn’t mean you’re going to win.”

Better payoffs may be available online

Online bettors can also find ways to gain an edge over traditional odds with long-shot wagers. At the FanDuel mobile site of Pennsylvania’s Valley Forge Casino Resort, for instance, we were able to put together a bet slip of five NFL point spread picks last week that showed a potential payoff of 25/1 vs. the traditional 20/1 (and closer to true odds of 31/1).

We didn’t play it. The Las Vegas Review-Journal reported last week on a bettor at Mississippi‘s MGM Resorts who was much more confident in his recent eight-teamer. He was rewarded handsomely, converting a $900 parlay on four NFL and four college games into a $131,000 payout.

“I wouldn’t say never bet them,” says Andrews, who has been a big sports bettor himself over the years. “I bet ‘em occasionally when I saw what I felt was an advantage on my end, but not very often.”

To his credit, Andrews redeemed himself for his early years of parlay larceny with more favorable terms running the sportsbook of Reno’s Cal Neva Resort & Casino starting in the early 1980s. By setting higher-than-customary payouts, putting all parlay point spreads on the half-point and offering 10% rebates to losers, he said the Cal Neva parlays became the most popular in the state and made up in volume whatever was lost from taking a smaller percentage win from parlay players.

Such features may be hard to find in Nevada or anywhere in the U.S. these days, but it won’t stop players from their dream of hitting big on the weekend.

“Psychologically, the average player says I can make a helluva score for a 10-teamer,” Andrews says, regardless of the odds of more than 1000/1 of doing so. 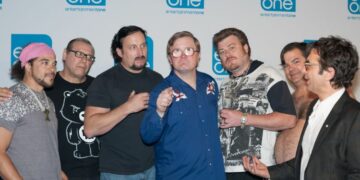