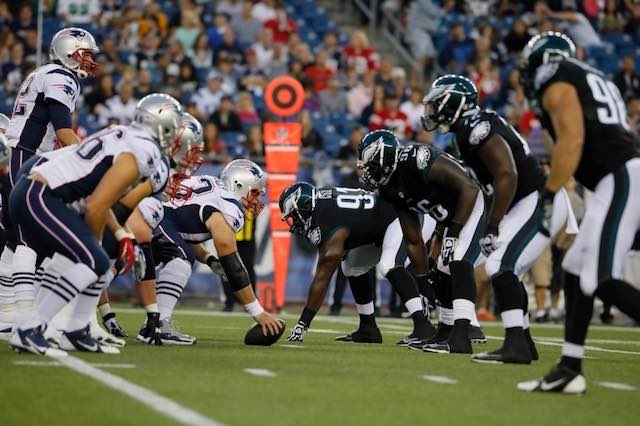 What a pair of AFC and NFC Championship games that absolutely nobody expected, culminating with Eagles fans climbing up greased-up street light poles and Patriots fans smiling and shrugging as New England makes their near-annual trip to the Super Bowl.

Let’s take a closer look at these championship games before turning to the Super Bowl betting matchup, for which the Patriots opened as 5.5-point favorites after we saw a lookahead of of 7 points in a possible Eagles-Patriots duel. Clearly the Eagles’ spirit-crushing dismantling of the Vikings impacted the 1.5 point difference.

Jaguars Handily Cover But Patriots Reward on the Money Line With Yet Another Comeback; Eagles Dismantle Vikings, Setting Up Super Bowl XXIX Rematch 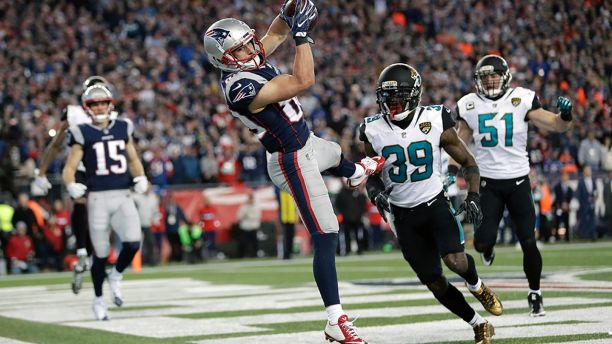 On the AFC side, the Jaguars (+7.5) appeared a near-lock to cover with a 14-3 lead late in the first half, but when New England drove 85 yards in just over a minute to close the half, there remained hope for a Pats cover. But the Jaguars drove for a field goal on their opening second half possession, forced two punts, then drove 11 plays before another field goal.

At this point, Jaguars money line bettors at roughly +320 probably were whetting their lips and Patriots backers watching in stunned silence, cursing Tom Coughlin internally. Could the Jaguars really come into their house and rip away the Patriots birthright?

As we know, Tom Brady pulled yet another Tom Brady, and despite the absence of Rob Gronkowski (knocked out by a Barry Church helmet-to-helmet hit), leaned heavily on Danny Amendola. They also went into the bag of tricks with a flea flicker for a long pass to Phillip Dorsett (his only catch of the game) on a drive that pulled them within 20-17 (still a pretty clear Jaguars cover) midway throubh the fourth quarter.

A field position punt-punt-punt battle followed as the Jaguars tightened and the Patriots got a short field, ending with another Brady-to-Amendola toe-tapping connection in the back of the end zone for the go-ahead touchdown with 2:48 left in the game. 24-20.

This was a familiar script as in Super Bowl LI: the Patriots simply wore down the opposing defense late and made adjustments to bring more pressure on Blake Bortles, who capably picked their zone defense apart in the first half. Nobody adjusts better. Heartbreaking loss for the Jaguars, but they will be a force to be reckoned for a few years to come. Jaguars managed a cover at least for the Jacksonville backers.

The Eagles Go Down Early But Answer Back With 38 (!) Unanswered Points

On the NFC side it looked early, for about 15 minute (real time), like the Vikings (-3) looked like they might be riding destiny back to Minnesota after a dominant drive on their opening position, culminating with a 25-yard touchdown strike from Case Keenum to Kyle Rudolph. That was the end of the the Vikings scoring — at 10:14 left in the opening quarter.

After an Eagles punt, Philly answered with a 50-yard interception return for a touchdown on a beautiful run back from cornerback Patrick Robinson, knotting the game at 7-7 and setting the Eagles fans into a frenzy. Jim Schwartz’s defense bullied the Vikings’ offense from that point forward, forcing three punts as Nick Foles led a balanced attack against a Vikings defense that unraveled and looked nothing like one of the league’s regular season bests. By halftime the Eagles mounted a 24-7 lead and Vikings sideline turned into a lifeless mess. 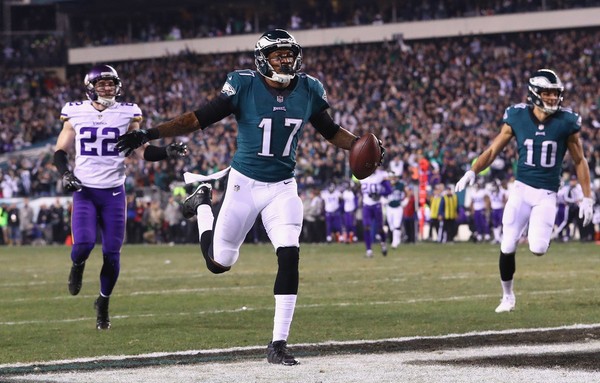 The Eagles rode the spirit of “nobody believes in us” all the way to a time-of-possession-dominating second half performance. The Vikings had no answer. It was about a sweat-free cover as they come for home dog backers. The Eagles almost single-covered the 38.5 game total and the Vikings added just enough to put it over. A defensive score (Eagles0 will do that.

Eagles-Patriots Still in No Man’s Land at 5.5

I think at some point a wave of Patriots money will come, moving the line to 6, possibly 6.5 for a few minutes. But the Super Bowl draws more recreational betting action on the money lines, which will keep the money lines a bit lower than their usual levels.

Typically a spread of 5.5 results in a favorite money line of -260 and +205 for the underdog. Currently at most Las Vegas books we’re looking at about -225 for the Pats and +185 for Philly. You’ll still see the same -110 on the spreads — and total currently at 48  — just keep in mind that so far most of the action has been on the Eagles (after such a thorough beat down) and you probably will be able to capture a better line of about 6 if you wait a bit.

We’ll have a boatload of more breakdowns and analysis on the game and prop bets to come, so stay tuned and check back. Giddy’up!!!

Vegas Icon Dave Cokin Joins ‘The Hedge: Why I Gamble With Jimmy Shapiro’ 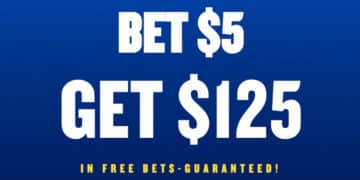