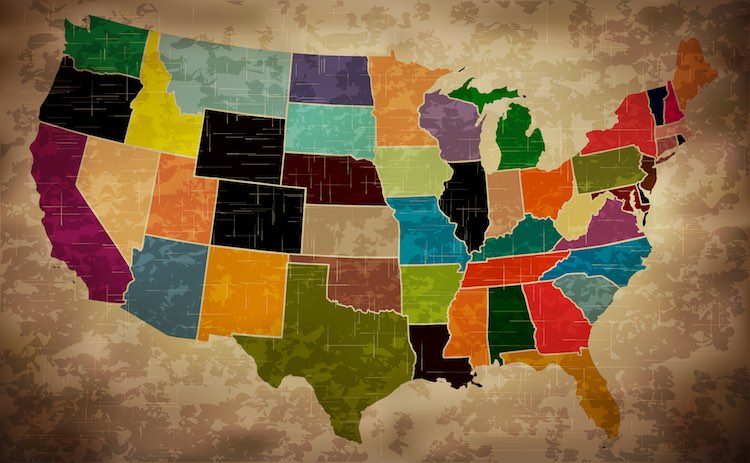 While some companies acted swiftly to form partnerships in the wake of the Supreme Court’s historic sports betting ruling, Penn National Gaming has taken a more thorough, judicious approach.

Nowhere was the strategy more evident than late last month when the company awarded 32 “skins” to four sportsbook operators as part of a historic market access agreement. The skin agreements enable the companies – DraftKings, PointsBet, theScore and The Stars Group – to (potentially) establish a presence across many of the 19 states where Penn National properties are located, while expanding their footprint to a host of untapped markets throughout the nation.

Despite handing out more than a dozen “first” skins under the agreement, the company has still retained its primary skins in the majority of the jurisdictions where it maintains a presence. To that end, Penn National Gaming (PNG) also announced a new partnership with Kambi Sports, which becomes the exclusive provider of sports wagering technology to PNG. “The skin deals which Penn National also announced are secondary and separate to our agreement with them,” Kambi’s Chief Commercial Officer Max Meltzer told Sports Handle.

“We believe by retaining control of that primary license, we control our future, today for sports betting, tomorrow for iCasino [offerings],” Penn National president and COO Jay Snowden said during an Aug. 1 conference call.

The importance of the first skin

With millions of dollars at stake, Penn National did not want to act impulsively. Hours after the landmark agreement, Snowden indicated that Penn National analyzed the first skin process exhaustively before deciding on how to divvy out the sublicenses.

For online sportsbooks unwilling to shell out millions for a sports betting license in a particular state, if that state does allow online-only sportsbooks to operate untethered to a brick-and-mortar property, another pathway exists. The online books can partner with a brick-and-mortar casino to gain entry through a so-called skin agreement. As part of the agreements, the skin partners can own, operate and brand real-money online sports betting offerings pursuant to a first, second or third skin, based on availability in each jurisdiction, Penn National said in a July 31 statement.

Some jurisdictions, most notably New Jersey, allow properties to offer multiple skins (up to three) under a consumer-friendly policy that ostensibly helps build a competitive marketplace for online sports wagering.

Others have taken the stance that while a multiple skin model creates additional options for bettors, it will ultimately lead to oversaturation of the market. DraftKings received Penn National’s first skin in Pennsylvania, a state which limits operators to a single online skin. But PNG has another key in the Keystone state, through its ownership of both Hollywood Casino at Penn National Race Course in Grantville, Penn., and The Meadows Racetrack and Casino, a harness racing track and slot machine casino in North Strabane Township, about 25 miles (40 km) southwest of Pittsburgh.

In the aftermath of the comprehensive agreement, the skin bidding process has received renewed focus. And Penn National may have even developed a blueprint for other casinos to emulate when awarding numerous skins through a multi-state deal.

Of the 32 skins awarded by Penn National seven went to DraftKings, which currently ranks among the top performing online sportsbooks in New Jersey. Under a 10-year agreement, DraftKings received first skins in five states: Pennsylvania, Missouri, Florida, Ohio and Texas.

In states such as Ohio where the company operates Hollywood Casino Columbus, Hollywood Gaming Dayton Raceway and Hollywood Gaming at Mahoning Valley, Penn National has the luxury of owning multiple first skins.

Although the terms of the DraftKings agreement were not disclosed, some details have emerged on the bidding process involving the four online sportsbooks. The books likely engaged with a commercial adviser, according to an industry source, who provided Penn National with a term sheet on several parameters fundamental to the deal. The term sheet typically includes four variables, the source said: a proposed upfront payment to the casino, a guaranteed annual revenue projection, terms of the revenue share and terms of the contract.

Snowden emphasized that the company will look to maximize the value of the skins by aggressively pursuing partnerships with third-party media and technology companies. Though Snowden did not mention FOX Sports during the call, the broadcast network formed an unprecedented sports wagering and media partnership with The Stars Group in May. The companies intend to launch FOX Bet sometime this fall.

Sara Slane, founder of Slane Advisory, is curious how Penn National will leverage their market access if they opt to pursue a media deal. By holding onto its primary skins in a number of large markets, and by keeping its first skin in Iowa in the pocket for example, the company holds several bargaining chips in potential negotiations with a media company. One option is to package some of its racing assets through the Hollywood Casino brand.

Over the short history of legalized sports betting since the PASPA decision, a number of states have expressed hesitancy to consider models that include a second skin.

There appears to numerous factors that explains their reluctance, but a recurring theme centers around the resistance exhibited by chain casinos that have historically opposed second skins. Many of these companies are large, multi-national casino that wield considerable lobbying heft. As other states consider legislation on multiple skins in sports betting, the major casinos could maintain a “home field advantage,” Slane said.

The sportsbooks in the Penn National deal gained market access in West Virginia, Indiana, Iowa, New Mexico and Ohio through second skin deals. The books will also gain entry to marketplaces in Kansas, Michigan, Massachusetts, Texas, Maine and Missouri, pending regulatory approval. None of the states in the latter category have legalized sports betting.

Jeff Ifrah is the founder of iDevelopment and Economic Association (iDEA) Growth, a leading industry trade association. Ifrah outlined a scenario which explains why a second skin model could be beneficial for sportsbook operators in various states. Take New York, for instance, where regulators have authorized four Upstate casinos to accept legal sports bets. By adding an additional skin, participating casinos have expressed concern that they could lose a considerable amount of business as the pie for sports betting revenue is divided into eight slices.

The argument, according to Ifrah, fails to take into account a key consideration. By introducing new entrants into the market, the size of the pie could grow exponentially. While a state with few operators may struggle with its marketing endeavors when it comes to online sports betting, the addition of several new companies could help a new product get off the ground.

Using the same pie example, instead of dividing a 12-inch pizza by four slices, operators could share the revenues from an extra-large, 50-inch pie if the market expands accordingly. In such a case, the operators have the opportunity to potentially double their revenues.

“It’s not that the same pie is now cut into eight slices, it’s that the pie is bigger,” Ifrah said. “It’s a much bigger pie because you now have four more people contributing to that marketing spend.”

DraftKings turned some heads by gaining market access in Texas and Florida, two states that are not expected to approve legal sports wagering anytime soon.

In Florida, questions remain on whether sports betting can be offered statewide unless a 2010 compact with the Seminole Tribe is rewritten. In Texas, meanwhile, the state legislature operates under the biennial system convening each January in odd-numbered years. Consequently, sports betting may not come to the Lone Star State until 2021 at the very earliest.

Still, the massive scope of the Penn National deal could trigger a wave of lobbying efforts in states that have yet to legalize sports betting.

“This deal is going to inspire a lot of companies that are part of it to engage pretty deeply to get value out of it by either it being one skin or multiple skins in any of these markets,” said John Pappas, founder and CEO of Corridor Consulting, a Washington D.C. based lobbying firm.

More immediately, Penn National intends on launching its first in-house retail sportsbooks in Iowa and Indiana in the coming weeks.

Even so, it is still unclear whether a number of other states will adopt the multiple skin model. While it has been very difficult to convince lawmakers in some states to offer second skins, Ifrah said he expects a few to eventually change their stance.

“It could be three to five years until we see second skins in most of these big states,” he said.