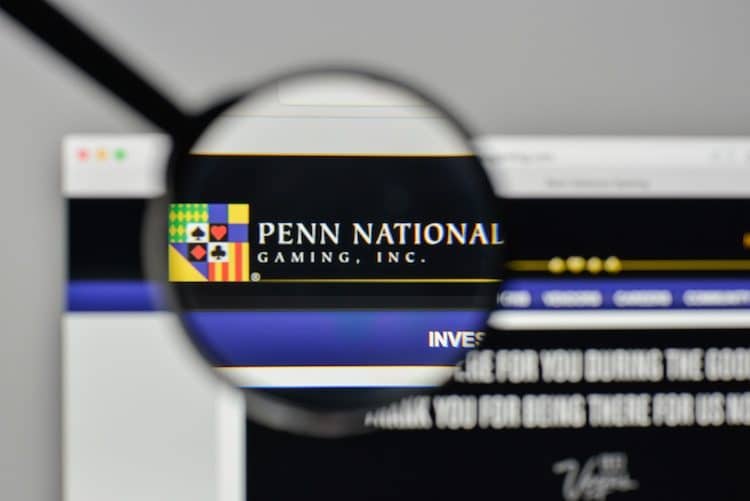 The exploding U.S. sports wagering marketplace, unfolding on a state-by-state basis, continues to ramp up with Wednesday’s announcement.

Penn Interactive Ventures (PVI), a wholly owned company subsidiary formed in 2015, will manage these new relationships with a divergent group of online sports betting companies, according to the media release revealing the deals. Here’s a glimpse of the parties’ newly-cast national footprints following the deal, from industry observer Alfonso Straffon:

Burned a little midnight oil looking at $PENN's distribution of properties by state and reported segment… to make our lives easier while also showing relative size of markets. I count 42 properties in 19 states. If someone spots a mistake in table below kindly point out. pic.twitter.com/1PkxT15Qj8

PVI retains control of the company’s iGaming operations. PVI also will also use Kambi as its national service provider for both its physical and online operations where other partnerships are not already now in place, according to the company. Some of the parties within this deal have pre-existing relationships, such as Kambi and DraftKings, with the former the tech supplier for the latter. Read the nuts and bolts of the mega deal right here.

Here’s a look at what appears to be a win-win-win for the dealmakers, the sports bettors and the industry as a whole:

Online operators: Those now partnering with the Wyomissing, Pennsylvania-headquartered Penn National – DraftKings, PointsBet, theScore and The Stars Group – all were facing a common difficulty. That is a lack of access to customers. All four did not desire the expense of a brick-and-mortar business, and the pressure to gain traction in each new state legalizing sports wagering was mounting. Especially as FanDuel Sportsbook‘s momentum has continued in New Jersey, with Pennsylvania just tapped. FanDuel also has its own market access deal in place with another large regional operator, Boyd Gaming Corp.

The Penn National deals allow each of them the online access they required in order to achieve (or maximize) profitability. All four required a path to open up their online betting shop. Skins function as additional online betting licenses for the various gambling companies in legal marketplaces. And in most newly-legal sports betting marketplaces in so-called “gaming states,” state laws and regulations are giving existing brick-and-mortar casinos the opportunity to obtain these licenses to operate sports wagering platforms in retail form and online. Obviously, Penn National is availing itself of the opportunity to both use the licenses/skins for in-house operations — and sell them at varying prices.

Acquiring the Penn National skins removes the roadblocks impeding the newly partnered sportsbooks that will primarily or exclusively operating online.

Penn National Gaming: In a June 2018 Sports Handle projection of the strength of the various players in the new sports betting industry the company’s business tendencies were duly noted:

“It (Penn National) has an industry reputation as a well-run enterprise and cost-conscious company.”

“It was the first major casino to spin off a Real Estate Investment Trust (REIT), a tax-saving maneuver quickly emulated by MGM and Caesars.”

“Penn will do due diligence and find the best way for sports betting to bolster the bottom line.”

The partnerships with these online companies all guarantee Penn National an undisclosed share of net gaming revenue. However, it’s easy to see Penn is crafting a plan through which it gains upfront money and/or takes a “strategic equity stake” in the online enterprise. Each relationship is distinct with only cursory details revealed and of course, access and actual licensure for each party is subject to state laws and regulations.

Many of the initial relationships between major casino companies and outside vendors have been short term. However, three of the partnerships here – PointsBet, theScore, and The Stars Group all have a 20-year terms. The DraftKings contract is for 10 years with an additional 10-year option built in. Everyone is apparently satisfied with the arrangements and in it for the long haul.

There are other changes ahead for the online sportsbooks, chief among them The Stars Group’s union  FOX Sports, a leading rightsholder for both regional and national NFL and MLB broadcasts. That deal will lead to the sunsetting of the BetStars brand in favor of the not-yet-introduced FOX Bet platform.

TheScore, a Canadian digital media company that launched in 2012 as a sports news and scores app, has amassed an expansive database of sports-minded users and over 10 million installs on Android systems alone. Its platform “theScore Bet” is readying a debut in New Jersey in time for football season.

.@theScore, which has a skin agreement through @MonmouthPark (NJ) and now much more access negotiated through the Penn Nat'l deal, is readying for a NJ launch for football season with an early access invite group for "theScore Bet." pic.twitter.com/nPXgz7UvfF

Sports betting public: Most casinos now offer a wide mix of dining choices run by outside vendors who pay rent and often part of the net revenue to the host casino. The casinos get guaranteed money and avoid the expense of running these dining operations themselves. These newly announced Penn National business deals should be viewed in the same way.

For the customers, in this case the sports bettors, it means more betting options and a major boost in the areas of price and product. Expect the online books to compete heavily with promotions, contests and improved service. Bettors in markets with lots of options may even see the cost of a straight bet drop, to five percent instead of ten on slow betting days. That’s been done in Las Vegas occasionally to increase betting action.

It’s unclear how divergent actual points spreads will become as sportsbook choices increase for players. Offshore bookies still take a significant amount of U.S. action and their opening lines have been heavily influencing Las Vegas’ opening point spreads for many years. This trend could diminish as legal, U.S. marketplaces open, but that could be a few years away.

Shopping for betting lines could be viewed as a chore for new players in new sports wagering states, and a venture that newer and recreational players may never explore. It means spreading money into different accounts with different companies. Tying up that much cash may be problematical for smaller players. For the bigger players, sought by some of the larger bookmaking companies and heavily restricted by others, more choices and capacity is helpful.

The key element of the Penn National online deals appears to be its ability to share in net gaming revenue. The company won’t be a bystander just collecting guaranteed rent for a physical book in its casino. This will help the sports bettors by allowing them to access rewards programs that track the bigger players and reward their gambling action. Many sports bettors receive few casino perks when sportsbooks are outsourced in Nevada, for instance.

The online companies have shown themselves to be highly aggressive in promoting themselves and their various betting options. The result has been substantial sportsbook promotions, match deposits, even refunds for some “bad beats” and other attention-getting promotions. These givebacks help the players, at least, in the short term.

Poker players, horse players and sports bettors have long been the underserved element of the betting world.  This is because they are far less profitable customers for gambling companies. The Penn National deal seems to say that the company is willing to make the sports betting experience more in step with the rest of the entire casino experience. Attract the bettor to the Penn National sports betting product and the bettor might try other games.

Mainstreaming sports bettors just might be the biggest step forward in this bustling new sports betting enterprise, yet.