‘Get a Grip’: The Week In Sports Betting And Sports: PA’s Parx To Launch, IN, OH Lawmakers To File, CFP, More 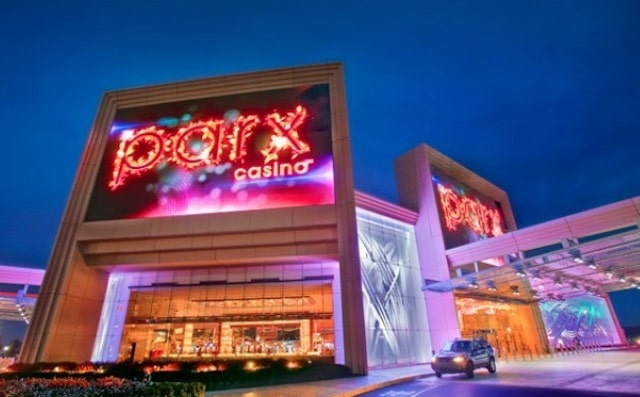 Parx Casino announced on Thursday that it’s set to open its Bensalem, Penn. sportsbook Tuesday. The first two days of sports betting will be a testing period, under the watchful eye of the Pennsylvania Gaming Control Board, before the sportsbook officially opens Thursday. Parx will become the fourth Pennsylvania sportsbook behind the Hollywood (Grantville), Rivers (Pennsylvania),  and SugarHouse (Philadelphia) casinos to launch sportsbooks.

Harrah’s (Philadelphia) has been approved for sports betting, but no launch date has been set. Valley Forge (King of Prussia) and Presque Isle Downs (Erie) have submitted applications and are awaiting hearing dates for approval.

Under its sports betting certificate, Parx Casino is planning to open two sportsbooks, the second at its South Philadelphia Turf Club location. That opening is expected later in January, according to Philly.com.

The Parx Casino sportsbook will feature seven teller windows and an additional 26 kiosks around the betting floor. The initial location, a renovated lounge area, is temporary, and the company plans to open its permanent sportsbook later this year.

On the Parx Casino website, patrons are promised the chance to bet on all the major professional and college sports as well as “plenty more.” Available bets will include against the spread, moneyline, total, props, parlays and teasers. The company is planning a mobile app, but that will launch after the retail sportsbook. Pennsylvania does allow for state-wide mobile sports betting, but the PGCB has not yet approved any casinos to launch mobile apps.

Representative Alan Morrison (R-District 42) was the first lawmaker to include a bill containing an “integrity fee” in a sports betting bill he introduced in January 2018.

Expect another bill from Morrison in 2019, according to the Indianapolis Star. Morrison and Senator Jon Ford (R-District 38) are both planning to continue to push for sports betting in the Hoosier State, but “absolutely this version does not include an integrity fee,” Morrison told Gambling Compliance in December.

Ford told the Star that the bills he and Morrison plan to file won’t be much different than the 2018 versions, though key to his bill will be state-wide mobile sports betting and a low tax rate.

State lawmakers continued to study sports betting, holding a hearing in October during with NBA executive Dan Spillane laid out what the league would like to get out of sports betting at the state level. Separate from Morrison’s recent remarks, the response at the hearing make it appear that any kind of fee and perhaps a clause mandating the purchase of data from to the professional leagues would not be on the table.

“To hear you say you want to be paid to ensure being ethical or to make sure you’re not committing fraud and deceit … that causes concern for me. You have to talk me out of that corner your words put me in,” Representative Jim Lucas said after Spillane said his league would want a royalty and to require that sportsbooks buy official league data.

Neither Morrison nor Ford has filed a bill yet, so we’ll have to wait and see on that front, but Indiana lawmakers must certainly be starting to feel regional pressure to legalize, as a bill has already been pre-filed in neighboring Kentucky, Illinois has also been seriously studying legal sports betting, and lawmakers in Ohio and Michigan are promising legislation. In Michigan, Representative Brandt Iden got his iGaming package, which included language that would set the table for sports betting, all the way to the governor’s desk before it was among 40 11th-hour vetoes.

Three Ohio lawmakers are preparing to draft sports betting legislation. And they have collectively filed two bills, each titled, “Express intent to enact sports wagering bill.” There is literally nothing else in the bills, but they are good-faith placeholders for lawmakers who have been studying sports betting, though no such legislation was introduced in 2018. Senators John Eklund (R-District 18) and Sean O’Brien (D-District 32), are co-sponsors on S 316 and Representative Dave Greenspan (R-District 16) introduced HB 714.

Eklund and O’Brien hosted a pair of meetings in October to study sports betting.

Approximately 100 entries in the Sports Betting National Championship with 1 week to go. 500 are needed to meet the guarantee. This was a VERY aggressive guarantee for a brand new event and is unlikely to be met. Should be a LOT of value out there. https://t.co/ixINU8RMku

INNOVATION: Caesars is pushing the envelope and pushing props to the next level. [Gaming Today]

TAKE THAT: An outgoing mayor and judge in support of Gulfside Casino Partnership to build and operate in Pope County, Arkansas.  [Arkansas Times]

OUT WEST: State of the states: sports betting in the western region [US Bets]

HOW TO GET TO SUPER BOWL: A look at how each of the 12 playoff teams can get to Atlanta [ESPN]

Have a great weekend!