St. Joe’s new policy is symbolic rather than a pragmatic, but it is significant 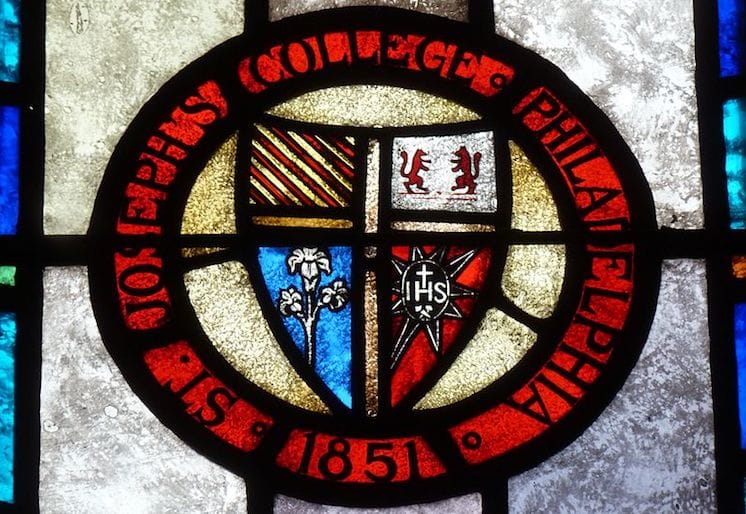 It may be legal, but it won’t be allowed.

That goes for students and faculty of St. Joe’s University, a private Jesuit school in Philadelphia and Lower Merion, Pennsylvania. The interim policy on sports wagering set forth in the updated student handbook forbids students, faculty, staff, contractors, and members of the Board of Trustees from placing “an otherwise legal sports wager on any team, contest or event, or individual affiliated with the Saint Joseph’s University Department of Athletics.”

Flagged this week by the student newspaper The Hawk, this is the first known policy of its kind in the U.S. — forbidding the university’s non-student athletes and larger body from participating in sports wagering in a state where it is expressly lawful and regulated. The NCAA has long prohibited student athletes and athletics employees from betting on any collegiate athletics events.

Since the Supreme Court struck down the federal ban on full-fledged wagering outside Nevada, in May 2018, some form of legal sports betting (tribal, lottery-run, mobile, land-based or otherwise) has launched in 13 states, Pennsylvania included. The Keystone State preemptively legalized in 2017 and the first legal bets were taken by a licensed operator in November 2018. Legal online sportsbooks later launched in the state in June 2019.

This new St. Joe’s policy is symbolic and moral, rather than a pragmatic one, but it is significant.

Here’s a couple relevant portions from the handbook on the policy’s sentiment and scope:

The purpose of this policy is to establish Saint Joseph’s University policy regarding sports wagering that reflects the values of the University and adheres to applicable National Collegiate Athletic Association (“NCAA”) bylaws and rules, Commonwealth of Pennsylvania law, and federal law.

However, as currently constituted, does the policy have any enforcement teeth? The handbook explains:

Any individual who violates this policy will be subject to disciplinary action in accordance with the applicable University procedures that implements sanctions for students, faculty, and staff. Independent contractors will be deemed to have committed material breach and any pending contract(s) will be terminated. In addition to University disciplinary action, individuals subject to NCAA rules will be subject to additional sanctions in accordance with NCAA rules

State law permits anyone over the age of 21 to legally bet on sports in the state, including on athletic events involving teams based in Pennsylvania, regardless of where the contest occurs.

The same is not permitted in New Jersey, per the state’s constitution, however it is allowed in Indiana, Mississippi and others states that have legalized sports gambling. Elsewhere, Iowa law allows sports betting on collegiate sports, but in-game prop bets are are not allowed on teams or players competing for or against an Iowa school.

Purdue University in Indiana, the state that’s home to the NCAA’s headquarters in Indianapolis, is weighing a policy the same as the kind implemented here by St. Joe’s.

When the Pennsylvania Gaming Control Board undertook the process of promulgating regulations for sports betting, officials for institutions including Penn State and the University of Pittsburgh submitted testimony objecting to legal wagering on teams located in the state. Writes Penn State President Eric J. Barron:

“We are concerned that implementation is likely to have a negative effect on the integrity of college athletics and on the health, safety, and welfare of Pitt’s students. Students may be more inclined to participate in gambling activities, possibly to their detriment. … Further, affected colleges and universities will have to confront issues they have not faced in the past. For example, there may now be obligations or pressures to disseminate information about student-athlete injuries or playing status, which would have to be balanced with student privacy expectations and interests.”

The NCAA itself has recently called for federal regulation of sports wagering, and generally opposes what more than a dozen states have now legalized.

The policy is very likely to be tested at some point. How effective are bans on consumption of alcohol on campus, for students of legal age or under?

Based on a strict textual interpretation of the policy, theoretically a student could place a wager on a St. Joe’s game through an illegal, unregulated bookmaker without breaking the school’s policy. That’s exactly the kind of wagering the legislature and gaming board aims to eliminate through legal, regulated wagering. (A student is free to make this argument at his own peril if called before a disciplinary panel.)

St. Joseph’s has a historically successful men’s basketball program, which most recently qualified for the NCAA Tournament in 2016 as a No. 8 seed, falling to No. 1 seed Oregon in the second round.

As far as legal rights that a student might have abridged, this is exceedingly minor, but it stands to have serious impact, perhaps in the form of a student’s suspension or expulsion from the university, or the termination of a contractor’s agreement. And perhaps it may inspire more schools in the U.S. to follow suit. Per the school’s Hawk newspaper, St. Joe’s student body is invited to participate in an open forum on sports betting on Oct. 22.