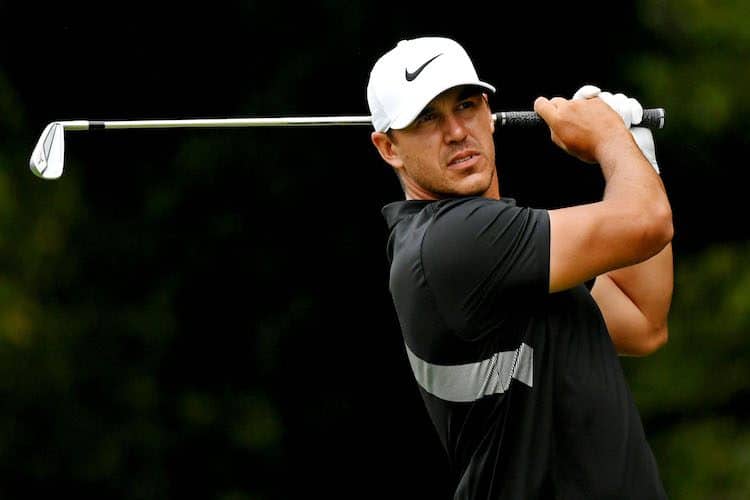 The PGA Tour is rolling out expanded prop betting for the 2020 season, providing bettors with ample opportunity to wager on their favorite golfers on a granular, shot-by-shot basis.

Shortly after New Year’s, bettors in legal markets will be able to wager on unique bet types not previously authorized by the Tour. The wagers could include live betting on the number of greens hit in regulation by a golfer during a single round, as well as individual props on whether a golfer will birdie a certain hole.

The launch comes on the heels of a September deal between the PGA Tour and IMG Arena that designated IMG Arena as the official data distributor for media and betting purposes across all events on the flagship PGA Tour schedule. Under the deal, IMG Arena will gain bettor-sector exclusivity for the delivery of live, shot-by-shot match and event data to global operators.

Through the partnership, the Tour will use its proprietary ShotLink system to create countless new markets for betting on golf, said Tour Senior Vice President for Tournament Administration Andy Levinson. While the Tour is encouraged by the added fan engagement that live shot-by-shot betting could generate, it remains concerned on the potential integrity risks that could arise — namely from pirated data.

One of the Tour’s key concerns is unlicensed data scouts transmitting betting data to sportsbook operators. The so-called practice of “scouting over the top,” typically violates ticketing procedures at the majority of professional sports events around the world.

“If an operator decides to use some form of pirated data, there is no way they will be as accurate as ShotLink,” Levinson told Sports Handle.

The @PGATOUR and IMG ARENA have expanded their multi-year agreement to allow for the distribution of The PGA TOUR’s official scoring data to betting operators within North America.

Data collection on the PGA Tour is not an easy proposition. During an average Tour event, ShotLink tracks thousands of data points. For each shot, ShotLink creates 25 data points, according to Levinson. Based on a tournament with 144 entrants at the start of a week (with an average score of 70 per round), ShotLink will track more than 30,000 shots.

“In theory, there will be thousands of betting opportunities based on the shot information,” Levinson said.

Levinson says the data collection system is extremely costly — for each event, Tour workers lay approximately three miles of fiber-optic cable across more than 100 acres, in addition to numerous lasers and a three-pronged high-speed camera system around each green to track a ball’s flight path.

As a result, Levinson expects data pricing for IMG Arena’s golf betting packages to be slightly more expensive than data packages for other sports. While a data collection system in an NBA or NHL arena only needs to be installed once at a venue, the PGA Tour must repeat the process dozens of times a season. Pricing will likely be based on a percentage of an operator’s gross gaming revenue (GGR).

Golf: With the news of our expanded relationship with the @PGATOUR, we are delighted to showcase our state-of-the-art Golf Event Centre.

Accurate tracking is critical to grading certain props. For instance, Brooks Koepka’s longest drive (over/under 340.5 yards) — just like a home run in baseball — can be decided by inches. A technology like ShotLink would be key to grading such bets. But some books offer props that don’t require such accuracy. For the operator, it has to pencil out, or in other words, there has to be enough interest in these discrete markets to make it worth posting and taking bets on them.

Sports betting and technology services provider Kambi supplied sportsbooks with live props from the 2018 Ryder Cup, as well as several 2019 Majors. Although Kambi did not supply books with length-of-drive bet types at the Ryder Cup, it did provide closest-to-the-pin wagers at the biennial event. In addition, when Tiger Woods captured last month’s ZOZO Championship in Japan, Kambi offered props on Woods’ birdie total in the first round and whether he would record an eagle. Unlike the closest-to-the-pin and longest drive wagers, the bets on birdie totals per round are as clear as the final score of a baseball game.

Within the industry, there is skepticism about whether “official league data” is needed. While Levinson believes that unofficial data in some cases can create unnecessary integrity risks, others have taken an opposing stance. After Levinson defended his position  at the Sports Betting USA Conference earlier this month, former Deputy President for Sportradar US and sports betting executive Dr. Laila Mintas pushed back, saying, “As far as integrity, I don’t think you have to have official data to ensure integrity.”

The PGA Tour does not have any plans to build on-site sportsbooks at individual Tour events. During horse racing’s Triple Crown, some venues set up betting windows inside VIP tents for high rollers. At the PGA’s Northern Trust in August, FanDuel hosted a sports-betting themed lounge at Liberty National GC in Jersey City, N.J. where bettors could wager via mobile. There were no teller windows.

There is a clear distinction between a lounge that allows mobile betting versus a physical sportsbook that must be licensed and pass strict regulatory requirements. At present, online sports betting is legal in more than a dozen states nationwide, but no Tour events on the remainder of the 2019-20 schedule are in jurisdictions where mobile is live. Next fall, however, the annual event at West Virginia’s The Greenbrier will be on the 2020-21 schedule. State-wide mobile is legal in West Virginia.

By the first half of 2020, mobile sports betting could go live in Illinois and Tennessee and could be legalized in several other states, including Michigan and Ohio — all of which host Tour events. Attractive prop bets could bolster handle for a sport that is looking for new ways to cater to Millennials.

Said Levinson: “Hopefully our fans will be able to engage with our sport in a way they have never been able to before.”