How PGA Tour Suspensions May Impact The Future Of Golf Betting

LIV Golf offers intrigue, but will bettors eagerly wager on the new league? 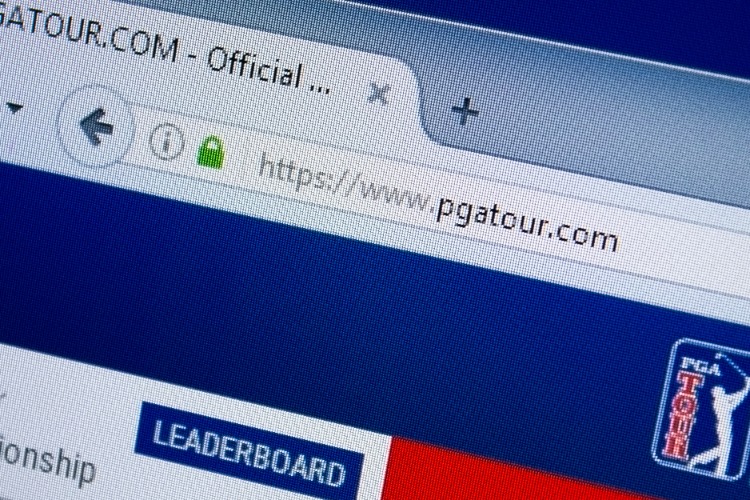 Soon after players teed off in the first LIV Golf event Thursday, PGA Tour Commissioner Jay Monahan shared a memo that ramped up the battle between LIV Golf and the PGA Tour. Monahan wrote that golfers who failed to receive proper event and media rights releases to compete in the controversial LIV Golf tournament would be suspended from the PGA Tour.

The golfers, including notable players like Dustin Johnson and Phil Mickelson, are now unable to compete in PGA Tour events. The memo didn’t specify how long the players would be suspended or if they could ever return to the PGA Tour.

The suspensions weren’t unexpected, as Monahan had previously made clear that he wouldn’t approve of players leaving the PGA Tour to compete in Saudi Arabia-backed LIV Golf events. Even if the suspensions weren’t a shock, the series of events has sent the professional golf world into a chaotic time. It also creates an odd quandary for sports betting operators, some of which (DraftKings and PointsBet) have existing relationships with the PGA Tour but are offering odds on LIV Golf events.

Other sportsbooks aren’t offering odds on LIV Golf events — at least not yet.

Benson says handle at his sportsbook was unaffected for this week’s PGA Tour event, the RBC Canadian Open, and that it will take more time before LIV Golf’s impact on PGA Tour betting is fully understood.

“I think it’s too early to tell, and I think where the talent goes will certainly factor into that,” Benson said.

Johnson and Mickelson aren’t the only star golfers bailing on the PGA Tour. Reports suggest Bryson DeChambeau, a major champion, plans to start playing in LIV Golf events in the near future. He’s reportedly been offered more than $100 million to join the league, a similar paycheck to what Johnson and Mickelson are said to have received.

Other players — like Rickie Fowler, Patrick Reed, Bubba Watson, and Matthew Wolff — have also been linked to LIV Golf and may officially join the new series in coming weeks. All told, some of the PGA Tour’s most recognizable golfers are jumping ship, even if some of those well-known players aren’t in great form in 2022.

Those names don’t make LIV Golf a dynamic league, though. LIV Golf’s first event was headlined by a few older standouts and some unknown younger players. Jay Kornegay, Westgate SuperBook’s vice president of race and sportsbook operations, watches golf regularly and believes fans were likely interested in the event, but not thrilled by the product.

“Exciting would be a reach,” Kornegay said. “I think the die-hard fans are intrigued by it. They just wanted to see what it would be like, and I was one of those this morning … But I wasn’t excited. I was just intrigued.”

Phil Mickelson tees off at the Saudi-backed inaugural LIV Golf Invitational in London.

The LIV series has paid hundreds of millions of dollars for PGA golf stars and stands accused of sports-washing the Saudis' alleged human rights abuses. pic.twitter.com/sET5gGvEjS

Benson compared LIV Golf to the USFL, which is trying to capture football fans outside of the traditional NFL season. While not entirely an apples to apples comparison, recreational bettors often show some interest in a new league before gradually losing interest, due largely to inferior play.

“I would imagine if there’s not a huge influx of talent and a lot more guys from the PGA don’t come over, I would think you would see that interest level wane and not be as popular as it was from Day 1,” Benson said. “I think we’re really, really early in that process. It’ll be interesting to see how things play out.”

“There’s a couple of things there that they are going to have to overcome to make an impact in the betting world,” Kornegay said. “I’m not saying that they can’t do it. I think that they’re going to figure out ways to correct some of these things to make it a viable option for golf bettors.”

How does LIV Golf impact the majors?

Most casual golf fans aren’t planning their Sunday afternoons around the finish of the RBC Canadian Open, but the majors are a different story. The Masters, PGA Championship, U.S. Open, and The Open all captivate fans and bettors more than any other events on the golf calendar.

It’s a common misconception among some fans that the PGA Tour runs the four men’s major championships. That’s not true, as Augusta National Golf Club runs The Masters, the PGA of America (yes, it’s different from the PGA Tour) runs the PGA Championship, the USGA runs the U.S. Open, and the R&A runs the The Open.

Considering the emphasis fans, players, and bettors place on major championships, upcoming decisions by those governing bodies could determine the future of professional golf. To that end, the USGA released a statement earlier this week saying it won’t ban LIV Golf players from competing in the U.S. Open this year, a win for the new league.

Phil Mickelson is going to play next week's US Open as a suspended member of the PGA TOUR.@MrRogers99 breaks down the news the PGA TOUR is suspending all golfers playing in the first LIV Golf event ⬇️ pic.twitter.com/jpr2oHoU5L

The PGA of America shared a non-committal statement with Sports Handle about the status of LIV Golf competitors hoping to play in future PGA Championships.

“There will no doubt be a lot that unfolds before May of next year,” the statement said. “It would be inappropriate and premature for the PGA of America to speculate at this time.”

A spokesperson for the R&A told Sports Handle that the organization won’t officially comment on the matter until after the conclusion of the U.S. Open later this month. Augusta National hasn’t released any official statement on banning LIV Golf competitors from The Masters, either.

If all four major tournaments allow LIV Golf competitors to play, the PGA Tour will almost certainly lose more players, which could make LIV Golf a force in the betting market. If a major or two opts to ban LIV Golf competitors, it changes how the athletes may view the new league — assuming they’re willing to associate with a league funded by the controversial Saudi Arabian government in the first place — and makes it harder for LIV Golf to be relevant.

LIV Golf shows promise as a potential competitor to the PGA Tour largely because of the money behind it, but the current absence of widespread star power and lack of a TV deal makes the league but a blip on the betting radar as it begins its existence.