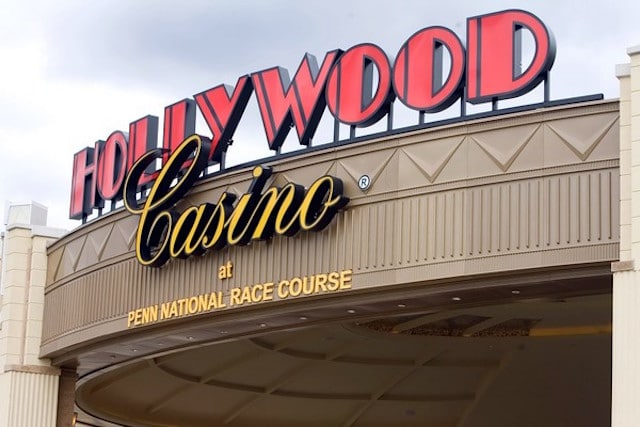 The Pennsylvania Gaming Control Board on Tuesday released its first monthly report for sports betting, with only one sportsbook open for the reporting period. The Hollywood Casino at Penn National Racetrack, near Hershey, posted a handle of $1.4 million, and the state took in $173,058 in tax revenue. The local jurisdiction took in $10,179 in tax revenue.

Pennsylvania has one of the highest tax rates on sports betting in the country — a 34 percent state and 2 percent local tax on adjusted gross revenue. The sportsbook generated about $509,000 in gross revenue. The report did not include a breakdown of which sporting events brought in the most revenue, though it’s a good bet that football was the leader.

The Hollywood Casino sportsbook opened Nov. 17 after two days of PGCB testing. The reporting period was Nov. 15-30. Since then, the Rivers Casino in Pittsburgh and SugarHouse Casino in Philadelphia launched their sportsbooks Dec. 15, and revenue figures from both will be included in the state’s December report.

Pennsylvania’s reported gross revenue is handle minus payouts on winning wagers made during the reporting month. The number includes futures bets, such as bets on the AFC or NFC Championships, the Super Bowl or even a regular-season NBA game that will be played after the reporting period. Because of this, it’s not possible to calculate the Hollywood Casino’s win percentage based on only two weeks of revenue numbers. That said, the numbers indicate a hold percentage of about 35 percent, which far surpasses industry norms of about five to seven percent.

Pennsylvania was the first state outside of Nevada to legalize sports betting when it did so in October 2017, about eight months before the Supreme Court struck down the Professional and Amateur Sports Protection Act in May. But it took another few months before any Pennsylvania casinos applied for a sports betting certificate, which comes at a cost of $10 million.

The state has made 13 sports betting certificates — one for each existing casino and one for a yet-to-be-built venue in Philadelphia — available. To date, five casinos have been approved and two more, Valley Forge in suburban Philadelphia and Presque Island Downs, near Erie in the northwest corner of the state, have applied.

Among the casinos that have been approved for sports betting,  Parx and Harrah’s, both in Philadelphia, have not yet launched, and no date has been released for testing. The Parx Casino will operate two sportsbooks, one at its casino location and a second at its South Philadelphia Turf Club.