I'd rather not get slapped if possible, but I love playing fantasy with serious-minded people 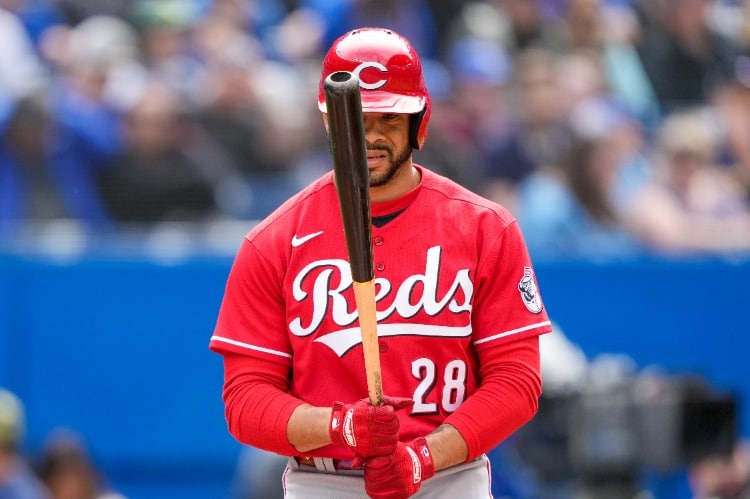 I desperately want to be in the Joc Pederson/Tommy Pham fantasy football league. I don’t care if Mike Trout is the worst sports commissioner since Larry O’Brien. I don’t care if there’s an ever-present threat of violence. I don’t care that the buy-in is reportedly $10,000.

You know why? Because I want to play fantasy football with anyone who is so fired up about fantasy football that, to them, it’s worth slapping a league-mate across his face — some six months later! — over a beef concerning injured reserve rules.

That, to me, is a mark of an awesome league. It’s people who take the game and their sports gambling seriously. And it’s the only type of league I ever want to be in.

I’ve been in countless fantasy football leagues over the years, and I’ve dropped out of every one of them except my main home league, which has been cooking since 1986, and no, that’s not a typo. Freshman year, Parsippany High School, that’s when we started. There were six of us, expanded to eight the next year, 12 the year after that, and we’ve been rolling ever since. Every single person in the league takes it seriously. There is never anyone who doesn’t set a lineup or put in their waiver moves. We are all serious. Serious as — dare I say — a slap across the face.

Other leagues I’ve been in? Well, come on, you know the drill: If there’s one person who doesn’t care, the whole league suffers. I cannot — will not — abide that. Hence, I’ve quit. Many times.

At this point in my fantasy career, I don’t want to join another league (except, of course, the Trout-led one). My league is perfect. We are serious men, and while we’ve never resorted to violence, I will admit I’ve been tempted over the years, especially in the early going, when rules were being made up on the fly.

"There was no real argument. He came up and said, 'you remember from last year?' I was like, 'fantasy football? He was like, 'yeah.' Then, yeah." https://t.co/345FsLRwcn

But those rules today? Hoo boy. They are all spelled out in our “constitution,” which consists of 2,455 words. To compare: The actual constitution — you know the one, “We the people,” etc. — consists of 4,440 words.

Now that I think about it, I would pay Joc Pederson to read our rules aloud. Guy’s got ace delivery.

Joc shares details of what happened in his fantasy football league that started his altercation with Tommy Pham today pic.twitter.com/d9NBTwPVoG

And as for the rules regarding who can and cannot be placed on injured reserve, which was the cause of the outfield slap between Pham and Pederson? That alone is 264 words in our constitution, including such lawyer-speak as “However, all IR moves will be assumed to be effective starting the current week unless the owner notifies the commissioner that the IR move is retroactive to the previous week.” (Oh, and by the way: We limit the IR to two players, except if they’re put on IR due to COVID.) (Yes, we added COVID rules at our summer meeting two years ago. Those come in at 327 words.) (Yes, we have an annual summer meeting for any and all proposed rules changes.)

Bottom line: It’s a serious league. We have a trophy and everything. It gets engraved each year. It’s the best league ever.

Anyway, the biggest baseball story of the year involves two mid-level players coming to blows over fantasy football, which pretty much tells you all you need to know about the popularity of the two forms of entertainment.

And while plenty of pundits have been wringing their hands over the violence, I am here to applaud it in theory, if not in practice. Sure, Pham should never have slapped Pederson, but to care that much about fantasy football? I get it.

So does anyone have Trout’s email? I want to see about an invite. I’m guessing Pham dropped out, right?