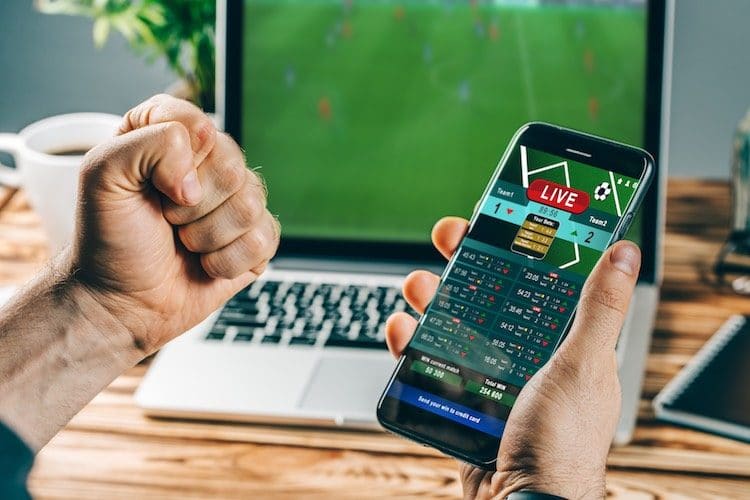 Robust interest in betting on the FIFA Women’s World Cup produced record betting handle on select matches at the month-long, quadrennial event as the United States repeated as world champions for the first time in national team history.

For fans viewing matches on the FOX Sports mobile app, users had to deal with a 90-second delay from the moment a play occurred on the pitch to when it appeared on the live-video stream, according to Jed Corenthal, chief marketing officer at Phenix Real Time Solutions, Inc., a Chicago-based streaming technology company. As major broadcast networks mull whether to dive headfirst into legalized sports betting, Phenix has conducted extensive research on latency issues throughout the industry.

In recent months, Phenix completed a rigorous load test for a prominent overseas company. The company, Corenthal said, owns the rights to various content that they provide to sports books so they can create the odds and take the bets. During the test, the company complied with requirements set forth by Phenix of 500,000 concurrent viewers over the course of a 60-second trial.

“Viewers were able to get a stream quickly and without any disruptions or quality degradation, while maintaining latency throughout the test of 300 milliseconds or less,” Corenthal said.

Earlier this month, we discussed some of the concerns that sportsbooks face with in-play betting as operators face heightened pressure to reduce the lag time from live sporting events.

Sports Handle (SH): How would you assess the technological advancements for live streaming in the current U.S. sports betting ecosystem?

Jed Corenthal (JC): There are a lot of different streaming providers and a lot of ways you can stream, but when you break it down they are all using much the same technology with the same backbone.

Therefore, they all are going to have the same issues that of course, aren’t necessarily discussed at the forefront — and that is latency and rebuffering, lag and what is known as time to first frame. Several of the issues that come with today’s streaming partners will not generate the types of sports betting revenues states either want or expect to generate… To change this, the technology must change so instead of just betting on game outcomes and over/under, for example, fans can bet on individual possessions in a football game or if the next pitch will be a strike. Will Aaron Rodgers throw a touchdown on this play?

Once those type of bets are common, you will get even more casual people to bet. But this cannot be done until the technology changes from what’s out there today because the delay or latency from what is happening on the field to what is being bet on is too long… That’s the biggest misconception or the biggest factor that probably isn’t discussed enough. What all the streaming providers are using today is not going to work.

SH: Can you explain the nuts and bolts of this technology and how it may improve, in particular for the benefit of in-game betting?

JC: Almost everyone is using a protocol that’s several years old, it’s called HLS. It stands for HTTP live streaming, it’s an Apple based product that was developed to let people stream to a large audience. Today’s companies are putting heavy stress on the platforms and thus, we see numerous issues with streaming from platform failures to significant latencies. Nonetheless, it does work and people are using HLS to stream large sporting events like the Super Bowl, March Madness and the World Cup.

Everyone is trying to reduce the latency. Some of them have been able to squeeze as much as they can out of each component of the workflow to get the stream down to six or eight seconds. What I’m talking about, however, what we do at Phenix is different. We use a protocol known as Web RTC (which stands for Web real-time communication). When you do a Skype call, or a web conference, you’re using some form of a Web RTC based product. It was designed for chats, Google hangouts, things of that nature.

But what it isn’t designed for is scale. So, you and I can talk on a Skype call and it will be fine. But once you start streaming to a thousand, 10,000 or 100,000 people, it breaks down. It’s not built for it, so you have to fall back to your HLS protocol for large scale events. We made a bet when we started Phenix five plus years ago that people would want to watch streaming content in real-time so we focused on Web RTC.

We figured out a way to rebuild the technology from the ground up so that is compliant with all of today’s browsers – no one needs to download anything or use a plug-in – but that is built to scale. So we’ve built the best of both worlds, if you will. We can deliver a stream in three or four hundred milliseconds of latency end to end, but also deliver to a million people watching at the same time regardless of where they are around the world and regardless of what device they watch it on.

That’s the difference. People are saying we have to wait for the right technology, the technology hasn’t caught up. Well, it has, we’ve built it, they just don’t know about us yet. The technology does exist, you can stream to somebody in less than half a second and reach a million people at the same quality level.

SH: About how many sports betting companies could begin to use the Web RTC technology over the next 24 months?

JC: It’s a bit of a Catch-22. The sports leagues, the television broadcast networks, everyone that’s involved in sports all see that betting is coming in a big way…They are all dipping their toes in and figuring out what they need to do to make this work for their business. From a technology standpoint, they are going to have to change somehow if they truly want to get into a) betting, especially in-game betting, and b) maximize what money they can make from betting.

The Catch-22 lies in the fact that all of these media companies – have invested a lot of money and time and manpower into building their current tech stacks. Changing that is not the easiest thing. You’re trying to say to someone, ‘your technology is not good enough to maximize the revenue, especially from sports betting that you could with different technology’. That’s not an easy pill to swallow after you’ve spent how much money and how many man hours.

SH: For major sportsbook operators that are looking to make the transition from an HLS to Web RTC product, how much of an investment will they need to make in terms of costs and time?

JC: It depends on how they transition, do they build or do they buy? If they decide that they want to build it themselves, they are looking at a minimum of 18 or more months, that’s assuming they have the right engineers and scientists that actually can build the right technology. Assuming they have that, I would say that it’s probably 18 months or more, and many millions of dollars. We have a lot of money invested in our platform, we have a lot of man hours, we’ve written a million and a half lines of code since we started almost five-and-a-half years ago. Just time and money is not enough.

You’re talking about a major investment in time and money to build it yourself. Now, you don’t necessarily have to build it yourselves, they can work with us or some of the other companies that may come out. We’re not blind to the fact that we’re going to be the only ones doing this. Coke and Pepsi have lived for 100 years. They’ll be able to license or buy or acquire the technology from one of us which will get them in the market almost immediately without the investment in time and money.

SH: In April, FanDuel announced a deal with Sportradar under which the company became the first U.S. operator to offer live odds alongside streaming broadcasts. Is FanDuel ahead of the curve in terms of implementing live streaming to their in-game offerings?

JC: I think what FanDuel is doing is brilliant. I believe they have a market advantage because they’ll really be the first company to allow a user to watch and bet or bet and watch on the same app. Ultimately, everyone will be able to do that, but we think this will take some time. Nobody else is able to do that on their app so that’s really exciting.

SH: Is there anything else on current trends on the streaming of live sporting events and how it relates to sports betting that you would like to add?

JC: We’ve done a lot of research over the last year or two on how users respond to issues of latency and picture quality. It’s very interesting to see how users are slowly but surely starting to get fed up with the core conditions that they’re seeing. They’re leaving streams and turning games off if it has too much rebuffering or if the latency is too long. For example, our research shows, “53% of consumers said they would abandon a poor-quality stream in 90 seconds or less.” I would say it’s getting interesting that fans are speaking up in the ways they can make it known and that’s with their wallet. They’re not buying it and they’re not streaming it because the quality is not good enough for them.

The Six Best Sports Scores And Odds Apps To Download