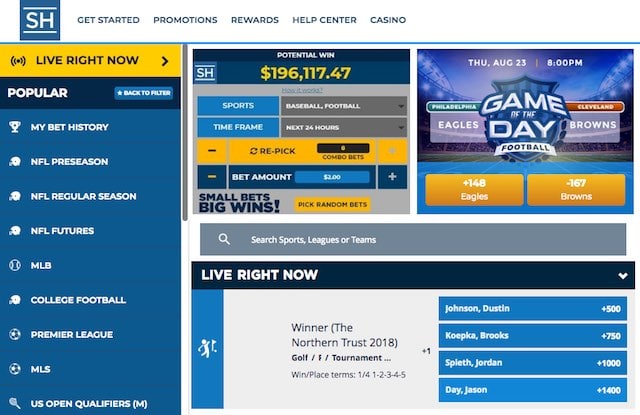 PlaySugarHouse.com has now launched an online sports betting platform for New Jersey sports bettors, significant in that it integrates the new sports wagering opportunity for state residents with its already operating online casino. This also makes the mobile/online sports betting platform the third available in New Jersey, on the heels of MGM’s Wednesday release of the Android version of its playMGM NJ Sports app through the MGM-owned Borgata in Atlantic City.

New Jersey gambling regulators had approved the site to go live Thursday morning and the company said it was taking sports wagers as of 6 a.m.

The SugarHouse Online Sportsbook & Casino is the first online sports betting site operated under the aegis of the Golden Nugget Atlantic City, which has an online and fully licensed affiliation with Philadelphia’s SugarHouse Casino. The site is operated by Rush Street Interactive (RSI), the SugarHouse parent company.  RSI is also partnered with the Malta-headquartered sports betting supplier Kambi, which previously helped launch the DraftKings Sportsbook, which on Aug. 6 was the first online sportsbook to go live in New Jersey.

SugarHouse Online Sportsbook & Casino is available both as a downloadable app and on its website, accessible via the web. A look at the mobile app screens with some observations:

Futures/props offered but not as robust as we saw on playMGM. pic.twitter.com/KgdtiAkUo3

According to a company press release, “great odds and advanced technology enables those In-Game bets at PlaySugarHouse.com to remain open longer and maximize betting opportunities during the game. Players have the opportunity to make a wide range of bets including who will win the game, upcoming plays, over/under for teams and players, partial game bet, parlays, and much more. An innovative feature allows players to cash-out an active bet before the outcome is determined, allowing them to secure part of their winnings or cut their losses as the odds change.”

Said Richard Schwartz, President of Rush Street Interactive: “In addition to creating a seamless integration between the Kambi and RSI platforms, RSI has gained valuable operating experience running a Kambi-powered sportsbook that will be helpful as we expand into future markets.”

New Jersey gambling outlets took in $40.6 million in sports wagers in July, the first full month sports betting was legal. That figure is expected to significantly increase in August with the beginning of the college football season on Saturday and a full slate of games  starting Aug. 30, and spanning the entire Labor Day Weekend, Aug. 31-Sept. 3.

The company, according to local media reports, has already paid its $10 million fee in order to apply for an online gaming license in Pennsylvania, when available. 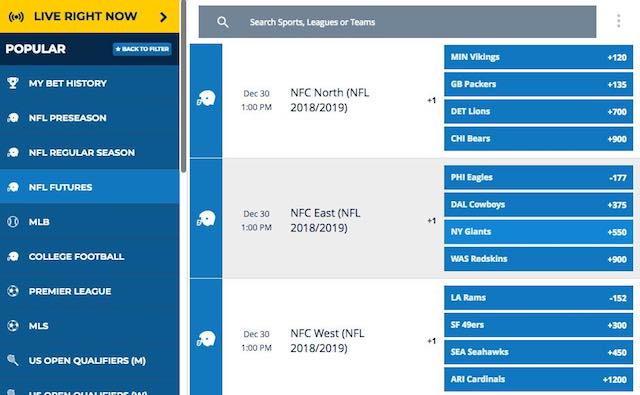 In June, RSI began operating a regulated online and mobile sportsbook in Colombia. On Aug.16th, Rush Street announced it would now offer what it calls a “live dealer casino” to online customers wishing to play “21,” roulette and Baccarat, in addition to live poker games called Three Card Poker and Ultimate Texas Hold’em Poker, which are launching for the first time in the U.S. online gaming market, according to the company.

“Being the first U.S.-based gaming operator to launch a regulated online sportsbook outside of the U.S. has been helpful in establishing the SugarHouse Online Sportsbook & Casino,” said Schwartz.