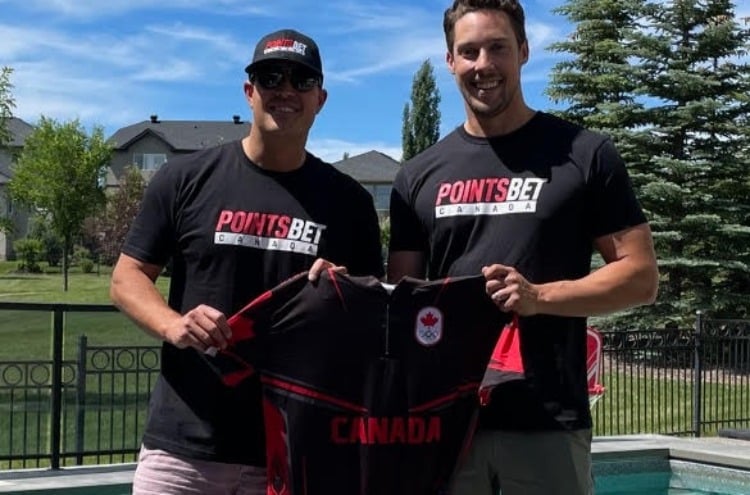 PointsBet Canada on Friday announced that it will partner with Canada‘s Bottcher curling team, further extending its presence in the country. The team of Ben Hebert, Marc Kennedy, Brett Gallant, and Brendan Bottcher brings together former national and Olympic champions ahead of the start of qualifying for the 2026 Milan and Cortina d’Ampezzo Games.

PointsBet, which opened a Toronto office earlier this year, was among a group of about 10 operators to go live online in Ontario on April 4, marking the start of legal single-game wagering in the country. Last October, PointsBet became the official sportsbook partner of Curling Canada. It is the lead sponsor of a new curling event, the PointsBet Invitational, set for Sept. 21-25 at Willie O’Ree Place in Fredericton, New Brunswick.

The event will feature 32 four-person teams (16 women’s and 16 men’s teams) vying for CDN $350,000 in prize money. Teams will be selected from the World Curling Team Ranking System, and will also include the reigning women’s and men’s Canadian Junior and Canadian Curling Club team champions, two host committee squads, and a men’s and women’s sponsor’s exemption entry, according to The Curling News.

Want to have a behind-the-scenes look at the inaugural PointsBet Invitational in Fredericton, New Brunswick? Join us as a volunteer! Click here for more information: https://t.co/l5LUmW4HKB pic.twitter.com/UMQPoZLGtz

“As one of the few locally based Canadian companies, we know how important it is for our industry to not only engage fans, but grow grassroots participants,” said Scott Vanderwel, CEO of PointsBet Canada, in a press release. “We are excited about our long-term partnership with Curling Canada and Team Bottcher, as it will help us to continue our pursuit of growing the game of curling.”

Olympic gold medalists Ben Hebert and Marc Kennedy, winners at the 2010 Vancouver Olympics, will headline the team. Hebert also won a World Championship in 2008 and is a four-time Brier Champion. Gallant has won multiple curling grand slams, while Bottcher won the Tim Hortons Brier in 2021 and was part of the Alberta team that finished second in that event this year.

Vanderwel says PointsBet is focusing its marketing dollars on digital, parternships and other avenues. pic.twitter.com/DNUfaUO9RU

“We’re thrilled to be partnering with PointsBet Canada,” team skip Bottcher said via press release. “Having a world-class operator like PointsBet Canada on our team will not only help us in our pursuit of championships, but also help us connect in innovative ways with our nation’s curling fans.”

PointsBet Canada also has deals with the CFL Ottawa Redblacks, Alpine Canada, and Maple Leaf Sports and Entertainment, and counts Canadian comedians The Trailer Park Boys and the NHL’s Alumni Association among its partners.