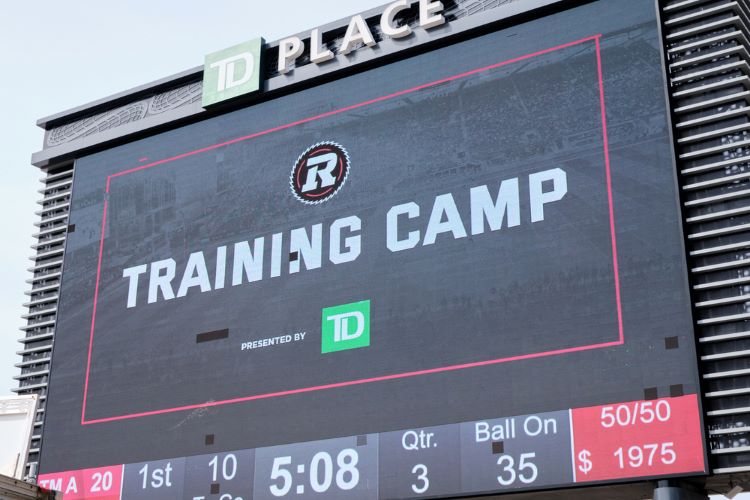 PointsBet Canada continues to add to its Canadian partnership portfolio ahead of the planned launch of Ontario‘s regulated iGaming and sports betting market on April 4.

The sportsbook announced Thursday morning that it will be the official sports betting partner of the Canadian Football League’s Ottawa Redblacks and their home venue, TD Place, beginning this season. There are no immediate plans to install sports betting kiosks at TD Place, according to a PointsBet spokesperson.

The multi-year agreement will include the rights to a PointsBet jersey patch on the team’s official uniform and naming rights to the TD Place PointsBet Sideline Club, which will be located on the field level.

“PointsBet Canada is committed to building an identity that acknowledges the little intricacies that make us all proud to be Canadian. Nothing says Canadian like three downs, a 55-yard line, and the rouge,” said Nic Sulsky, chief commercial officer for PointsBet Canada, in a press release. “We are excited to add a little bit more red and black to RNation for years to come!”

PointsBet will be the sole sports betting partner of the Redblacks, but the CFL already has a deal in place with BetRegal, a Canadian company that first launched in Europe and holds a license in Malta, to be its official sport gaming partner. BetRegal has applied for an Ontario iGaming license, but it may not have its application fully processed by April 4, according to a company spokesperson. It’s worth noting the Redblacks also have a preexisting partnership with Casino du Lac-Leamy in nearby Gatineau, Quebec.

The Redblacks, who entered the CFL as the league’s ninth team for the 2014 campaign, finished in a tie for last place with a 3-11 record last season. However, the team signed some significant players this offseason, bringing in veteran quarterback Jeremiah Masoli, running back William Powell, and wide receiver Jaelon Acklin, among others.

The Redblacks are the third CFL franchise to play in the city of Ottawa. Two franchises, the Rough Riders and Renegades, previously folded due to financial hardships and poor management of the teams.

Ottawa is one of three CFL franchises operating in the province of Ontario. The Argonauts play at BMO Field in Toronto, and the Tiger-Cats call Tim Hortons Field in Hamilton home.

PointsBet has inked a number of other Canadian partnerships ahead of the April 4 launch in Ontario. The Trailer Park Boys have signed on as company ambassadors, and the NHL Alumni Association, Curling Canada, and Alpine Canada are also new PointsBet partners.

April 4th is coming, and we’re excited to get going 👀

Australian-based PointsBet has created a Canadian division, PointsBet Canada, that operates out of Toronto. PointsBet has its North American headquarters in Colorado and is the official sports betting partner of NBC Sports.

PointsBet was one of the first operators to acquire an Ontario iGaming license and is ready to launch on April 4. The company is already registering bettors through its website and offering them a $25 free wager upon signup, as well as one full week of risk-free bets with any deposit.