Get A Grip: The Week In Sports Betting: Illinois, Michigan, More 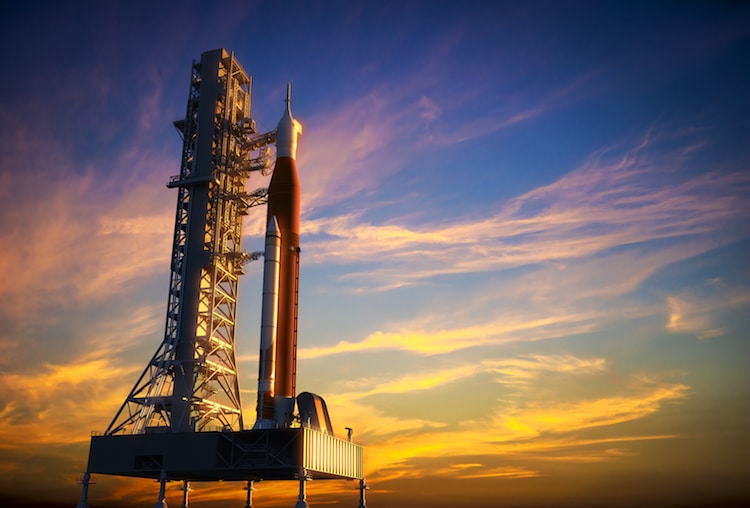 On the launch pad (Shutterstock)

GET THE APP NOW pic.twitter.com/Jzqsynr21Z

There had been rumblings for weeks, and then all week, that PointsBet Sportsbook
was set to join the ranks of Illinois online sportsbooks. The day arrived on Saturday morning. Our Chris Altruda covers the occasion fully here.

Friend of Sports Handle Joe Ostrowski had the honor (see above) of going first, backing the Chicago White Sox to claim the Commissioner’s “piece of metal” at the end of this strange MLB season. The ChiSox currently hold a 1-game lead over the Minnesota Twins in the AL Central.

On Thursday, FanDuel opened its retail sportsbook at the Par-A-Dice Casino in East Peoria, raising more questions about a second partnership with Fairmount Park. FanDuel went live online in a co-branding partnership with Par-A-Dice in late August despite having a deal with Fairmount Race Track. In fact, Fairmount renamed itself “FanDuel Sportsbook and Horse Racing,” earlier this year. But the track hasn’t been licensed yet, and FanDuel needed to get to market. The new book at Par-A-Dice was pulled together in six weeks after FanDuel decided to pivot.fo

And earlier in the week, Unibet announced that it will be part of the highly competitive Illinois market — where BetRivers and DraftKings preceded FanDuel in going live online — through a market-share agreement with Penn National and Kindred. Unibet will be tethered to the Argosy Casino Alton, which opened for retail sports betting days before COVID-19 shutdowns in March.

THE SHIELD: Betcris is now the official betting partner of the NFL in Latin America [Chalk]

WHAT IT ALL MEANS: A dive into the most compelling issues/questions around the Colorado University-PointsBet partnership [Sports Handle]

CRYPTIC: Popular offshore sportsbook 5Dimes is closing to U.S. customers, but the reason, and its future, is a mystery [Sports Handle]

PULLING UP A STOOL: Check out sneak preview images at Penn Bets and a feature about Penn National’s plans for Barstool Sportsbook [Sports Handle]

SPAC to buy Yahoo Fantasy Football and turn it into a standalone business.

For some of those 13% harm may result from their gambling.

50% of the states that legalized sports wagering did NOT allocate any additional funds or resources for #responsiblegambling and #problemgambling.

GOOD PLACE TO BE: ESPN’s Joe Fortenbaugh’s right in the thick of things [BSM]

BIG SPEND: Advertisers are only too happy to spend on the NFL. Here’s why. [NYT]

COMING SOON: Michigan iGaming could be live by Thanksgiving. [MiBets]

HE’S GOT IT ALL: What’s next for Zion Williamson? [Men’s Health]

"This is basically like our holiday season," says @DraftKings CEO Jason Robins on the start of the new @NFL season. He also weighs in on whether COVID-19 could cut the season short. $DKNG pic.twitter.com/T7ROTYsJPQ

This video from Arrowhead Stadium shows fans were not booing when players from the #Chiefs and #Texans gathered at midfield for a moment of unity before kickoff. #Texans HC Bill O’Brien also said after the game he didn’t hear boos.

Next frontier: Legal iGaming in Michigan

In this case, ignorance isn’t bliss.

During an iDEA Growth Power Lunch Summer webinar this week, one legislator and one sportsbook operator pointed to ignorance as the reason the iGaming hasn’t been legalized at the same pace as sports betting since the fall of PASPA in 2018.

“At the risk of insulting some of Senator (Jon) Ford’s and Rep. (Brandt) Iden’s colleagues … some are not comfortable with the internet,” said FanDuel’s Cory Fox. “We’ve brought Reps to see what our offices look like and I know that our friends at DraftKings have, too. We do it so they can see a tech-forward company.”

Indiana’s Ford, who was the architect of sports betting in that state, is planning to push for legal online casino in the upcoming session.

“We are arming ourselves and will educate our colleagues and the public to some extent,” said Indiana State Senator Jon Ford during the webinar. “People didn’t understand (while we were legalizing sports betting) the gray market — they didn’t understand that people could bet on their cell phones and that it was that easy. We still have some people in Indiana that don’t believe that there is a gray market out there at all.”

As has been shown in New Jersey, the bulk of the money in sports betting is being made online/mobile. So it would seem like a natural fit to add iGaming to the mix, especially with COVID-19 starved budgets across the country. But online casino comes with enough concerns that Iden, the author of Michigan’s comprehensive iGaming law, says it must be carefully navigated.

“The perception of gaming in general — and it doesn’t really matter what jersey they wear, red or blue — they are hesitant,” Iden said. “I think there is a lot of hesitation with iGaming when it comes to addiction.”

Iden also pointed to taxation as another concern.