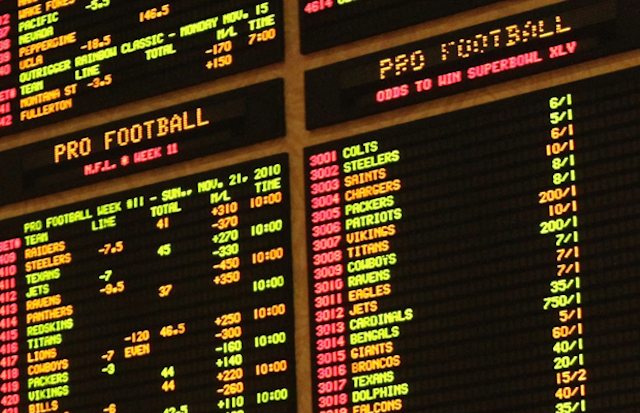 On Tuesday the Washington Post released results from a new poll showing that a majority of Americans support legalizing sports betting on professional sports. The Post conducted the poll in conjunction with the University of Massachusetts Lowell.

The Post reports that 55% of respondents approve of legalizing sports betting with only 33% disapproving, the highest level of support tracked by the Roper Center public opinion archive. The results represent a major flip from nearly 25 years ago when Gallup polling showed that 56% disapproved and 41% approved.

“According to the new poll, the increase in support is broad-based and cuts across most demographics, with support among men and women, young and old and those from lower- and higher-income households” write Rick Maese and Emily Guskin of the Post.

Here’s a snapshot of the findings, reflecting a national survey of 1,000 adults at random, via the Post: 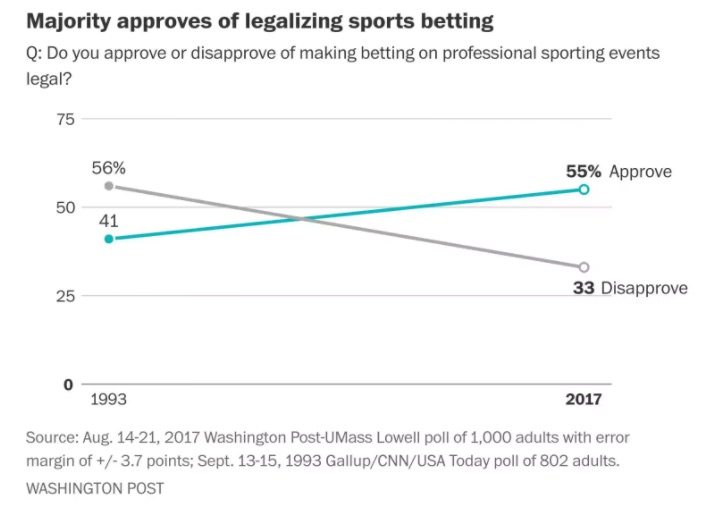 The highest level of support for legalizing sports betting comes from people who have placed a sports bet in the past five years (84%, probably most of them illegally) as well as fantasy sports players and avid sports fans. The broad-based supports also shows agreement across political affiliations with 52% of Republicans supporting sports betting legalization along with 57% of Democrats.

The Supreme Court of the United States will hear a case between New Jersey and the NCAA plus the major sports leagues  (Christie vs. NCAA) sometime in the coming months. The case centers on the constitutionality of the 1992 law known as PASPA (Professional and Amateur Sports Protection Act), which prohibits states from legalizing or licensing sports betting.

New Jersey has fought against the law for nearly a decade and reaching the Supreme Court represents the culmination of its efforts. Its chief arguments focus on the Tenth Amendment and federal overreach, i.e., the federal government may not force the states to enforce or upkeep laws dictated at the federal level, they argue.

Should the NCAA and major professional leagues prevail, arguing the law’s constitutionality and importance for the integrity of their games, there does at least appear to be support in red and blue states that might create a path in Congress to overcome PASPA. Also, opposition from the leagues has waned in recent years as NBA commissioner Adam Silver has publicly advocated for legal, regulated sports betting.

“But the NFL is still mind boggling how they’re trying to suggest that there’s no illegal betting going on and that sports betting would be bad,” Congressman Frank LoBiondo (NJ-2) told SportsHandle recently. “Hopefully we’ll be able to continue to try to convince people that they’re on the wrong side of it.”