While still bullish on sports betting, Fubo is considering a commercial partner to run its sportsbook division 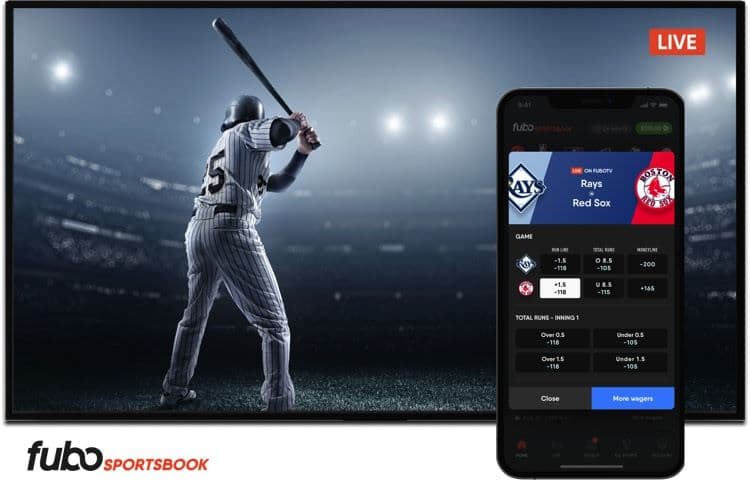 As recently as June, FuboTV appeared to be making strides with a variety of immersive betting experiences built into the company’s livestreaming product.

At the time, Fubo Sportsbook unveiled a new predictive product under which it became the first company to offer a free sports contest that could be directly integrated into a customer’s live TV streaming capabilities. But the harsh realities of a challenging macroeconomic environment have caused Fubo to pivot. While Fubo is not abandoning its sports betting unit altogether, CEO David Gandler emphasized last week that the streaming service can no longer conduct sports betting operations on its own.

Gandler’s candor touched on the company’s start of a comprehensive process seeking out a potential commercial partner for sports betting, as Fubo conducts a strategic review of its sportsbook division.

“I think it’s become apparent that we cannot go it alone, given the costs associated with driving that business to cash flow break-even,” Gandler said on the company’s 2022 second-quarter earnings call.  “I just want to remind everyone that the assumptions that we were under when we made this call, the cost of capital was pretty much free.”

In finance parlance, the cost of capital is defined as the minimum return that is needed to justify investment into a new project. For now, Fubo’s online sports betting division is just not cutting it. As of July 31, Fubo Gaming Inc. reported a 2022 online sports wagering handle of $2.15 million in Iowa, the lowest of 18 online sportsbooks in the Hawkeye State. The comparatively low handle translates to net receipts of around $169,500, again among the lowest in the market.

Fubo went live in Iowa last November, lagging far behind market leaders that had a two-year head start. Fubo also rolled out an app in Arizona last December after gaining market access through a partnership with the Ak-Chin Indian Community. Fubo handled volume of about $450,000 in Arizona in May, representing less than 0.1% of the state’s overall online handle. The figures are in line with Fubo’s performance in Iowa.

The struggles are indicative of the travails that many Tier 2 and Tier 3 operators have encountered when competing with larger companies, according to Will Hershey, co-founder and CEO of Roundhill Investments. The powerful triumvirate of FanDuel, BetMGM, and DraftKings maintains more than 70% of the U.S. market share for sports betting, according to numerous estimates.

“They can’t keep up with the big guys, even as the big guys rein in marketing spending a bit,” Hershey told Sports Handle.

For the quarter, Fubo had operating cash flow of negative $91.3 million, including a $7.7 million operating cash outflow associated with the wagering business, the company wrote in a letter to shareholders. It represented a sequential reduction of $35.3 million in operating cash flow, according to the company. As a result, Fubo is looking to de-risk its wagering business. Hershey indicated that the strategy could be a better option than burning through loads of cash in the sports betting division.

$FUBO was so bullish on this company late '20/early '21 but gets harder and harder to believe in @davidgandler Lost another $100M in the Q. Highlight their cash position, but won't last long when you're burning through it like that. And did not like the note on the sports betting

RoundHill offers an exchange-traded fund (ETF) that tracks the top sports betting and iGaming stocks in the online space. While the ETF (ticker BETZ) holds more than three dozen gaming stocks in a diversified basket, Fubo is not one of them.

Gandler maintains optimism about Fubo Sportsbook’s entry into other states even as the company explores an outside partnership. On the call, he noted that Fubo is on schedule to gain license approval in coming weeks in New Jersey, where the company plans to debut next month. Across the nation, Fubo has market access licensing agreements in place in nearly a dozen states, also including Louisiana, Indiana, Ohio, and Pennsylvania, among others.

Gandler fielded questions on the earnings call from Laura Martin, a longtime equities analyst from Needham & Company. Afterward, Martin outlined three scenarios that may impact Fubo’s upside potential. In the most bullish case, Fubo will be acquired by a larger company, then will subsequently add more subscriptions at a lower acquisition cost than previously anticipated. The bullish scenario also assumes that the allure of sports betting will lower the churn experienced by Fubo, or the rate at which customers discontinue subscriptions.

Market access, alone, could make Fubo an attractive option for a larger sports betting company. One name that instantly comes to mind is Fanatics, the prominent sports merchandising retailer, which is nearing its sports betting debut. If a ballot initiative backing mobile betting passes in California in November, the company could operate there only if it offers sports betting in at least 10 other states.

FuboTV said it will "no longer go down the wagering path independently" in a shareholder letter.

Instead, it's looking for strategic partnerships to run its Fubo Sportsbook moving forward. https://t.co/Ng7in0U1Ed

Fubo may also become an acquisition target for an established operator looking to add a livestreaming component. BetMGM has a connection with the streaming company, as Fubo Gaming President Scott Butera formerly served as president of interactive gaming at MGM Resorts. In 2019, FuboTV signed a partnership with FanDuel that made the company the exclusive sportsbook partner of the streaming service. For others such as DraftKings and Caesars, an acquisition of Fubo could add thousands of new customers.

Although Fubo celebrated a milestone in late 2021 by attaining 1 million subscribers, the streaming service experienced some attrition in the first half of the year. Fubo ended the quarter with 946,735 paid North American subscribers, a metric that is reflective of the decline in sports viewership in the summer, according to the company. Fubo still expects to end the third quarter with a record number of subscribers.

Fubo TV offers more than 100 channels, along with an add-on package that includes the NFL RedZone, NBATV, MLB Strike Zone, and the NHL Network.

“Irrespective of Fubo’s struggles, there will still be several bona fide attempts made at bringing single-screen experiences to the mass market by incorporating betting, social, and commerce opportunities as an interactive layer embedded into live or pre-recorded video,” said Lloyd Danzig, founder of Sharp Alpha Advisors, a venture capital firm that specializes in sports betting and online gaming. “It is unclear exactly what the level of consumer demand and adoption will be, but early indications suggest that single-screen experiences as currently engineered are better suited for mobile devices than big-screen TV.”

Besides offering all 380 matches in the 2022-23 English Premier League season, Fubo also has a collection of other top European soccer leagues from Italy’s Serie A to the German Bundesliga, as well as France’s Ligue 1 and the UEFA Champions League. Consequently, if Fubo prefers a more established partner in Europe, Flutter might make more sense than DraftKings, according to Jeffrey Kamys, chief investment strategist at Inherent Wealth Fund’s iBET Sports Betting & Gaming ETF (IBET).

In outlining a bearish case against Fubo, Martin noted that sports content owners such as ESPN could raise their content licensing fees so aggressively that it will be challenging for the streaming service to turn a profit. On Wednesday’s quarterly earnings call, The Walt Disney Company (the parent company of ESPN) explained that increased programming costs have led to lower operating results among streaming services such as ESPN+ and Hulu.

It comes as the Big Ten reportedly is on the verge of securing a deal that will make it the first conference ever to top $1 billion in annual broadcast rights fees. If the deal is consummated with CBS, NBC, and FOX Sports, ESPN will end its four-decade association with the conference. On the streaming side, Apple TV and Amazon are among the favorites to land a direct-to-consumer package, The Athletic reported.

One alternative for Fubo is to pursue a commercial partnership with a large media company that is looking to enter the sports betting space, rather than seeking one with an established sportsbook. Disney CEO Bob Chapek reiterated Wednesday that it has held discussions with multiple platforms about utilizing sports betting. The corporation hopes to strike a partnership to “access that revenue stream” at some point in the future, he added.

Meanwhile, NFL Commissioner Roger Goodell indicated last month that the league will likely select a streaming service when it awards the new Sunday Ticket partnership to a bidder in the fall. Three industry heavyweights — ESPN, Apple, and Amazon — are among the companies that have submitted bids for the lucrative contract, CNBC reported.

Fubo shares intially surged more than 19% Thursday morning, primarily on Disney’s comments. Although Fubo traded around $4.50 a share in Thursday’s session, the streaming service reached as high as $35 last November.

Fubo will provide an outlook of its wagering division at its Aug. 16 Investor Day presentation, a company spokesperson told Sports Handle. Fubo is still targeting a long-term goal of attaining positive free cash flow by 2025. This will occur when it generates more cash than the amount that is needed to operate the business and reinvest to grow the company further.