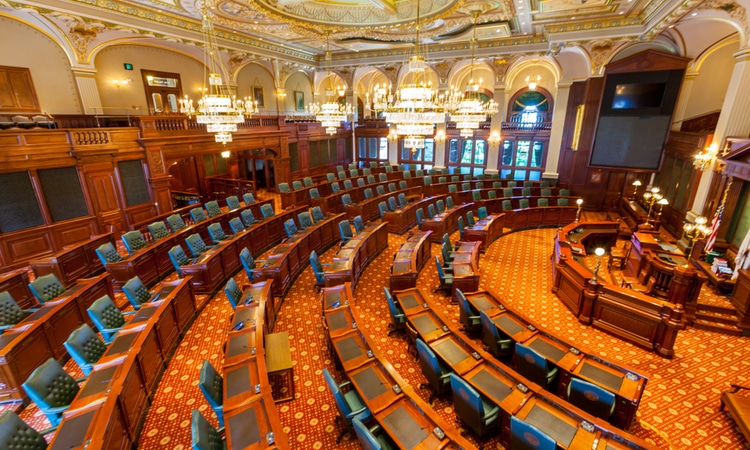 If remote registration for mobile sports betting in Illinois is to continue, it will require Gov. J.B. Pritzker to extend Executive Order 2020-41 for a fifth time, as his most recent extension of executive orders expires Saturday.

There was a possibility that the provision requiring in-person registration to open a mobile sports wagering account — part of the gaming expansion bill Pritzker signed into law June 2019 — would be addressed during either of the two state legislature veto sessions originally scheduled Nov. 17-19 and Dec. 1-3. That, however, fell by the wayside Tuesday when Illinois House Speaker Mike Madigan canceled both sessions, citing a sharp increase of COVID-19 cases in both the state capital in Springfield and Illinois as a whole.

Remote registration through Pritzker’s executive order has been a lifeline for sports betting operators in the summer and fall, as the still-young Illinois market tries to establish a foundation. Four casinos and one horse racing track — Rivers in Des Plaines (BetRivers), Casino Queen in East St. Louis (DraftKings), Par-A-Dice in East Peoria (FanDuel), Grand Victoria in Elgin (William Hill) and Hawthorne Race Course in Stickney (PointsBet) — now have live sportsbooks with mobile components.

The Prairie State was instantly elevated into “sleeping giant” status when Pritzker legalized sports betting. After its launch in March just prior to the COVID-19 outbreak and restrictions, some of that potential flashed in August’s sports betting revenue report in which BetRivers – the lone mobile sportsbook in operation in Illinois that month – generated $106.3 million in online handle, according to the Illinois Gaming Board.

The IGB has yet to release September’s report, but the expectation is the handle will be substantially higher than the $139.6 million overall figure from August. Both DraftKings and FanDuel were available online the entire month, while PointsBet launched mobile operations Sept. 12 and William Hill followed suit three days later.

Additionally, multiple states posted record monthly sports betting handles in September with the combination of mobile sports betting and a jam-packed sport schedule in which all four U.S. professional sports overlapped. Those two factors offer the possibility Illinois may have generated a handle for September that could rank fourth nationally behind New Jersey ($748.5 million), Nevada ($575M), and Pennsylvania ($462.8M) among legal jurisdictions.

The other three retail sportsbooks — located at Argosy Casino Alton and Hollywood Casinos in Joliet and Aurora — are currently at venues operating under advanced COVID-19 mitigation measures that include reduced operating hours and operating at 25% capacity. All 10 casinos in Illinois have been operating under those measures since Oct. 28.

Capacity limits hinder the potential of in-person signups to obtain mobile sports wagering accounts should bettors choose that route, but they also have the knock-on effect of less casino revenue overall. The IGB reported the state’s 10 casinos generated $79.1 million in revenue from slots and table games in October, a 25.9% drop year-over-year from the $106.8 million in October 2019.

The COVID-19-related mitigation measures contributed to a 35.1% drop in casino admissions in October compared to the same period 12 months ago, as 556,382 patrons frequented Illinois casinos versus 857,498 in 2019.