Timing questionable, operators caught off guard, and some will have to rejigger launch plans 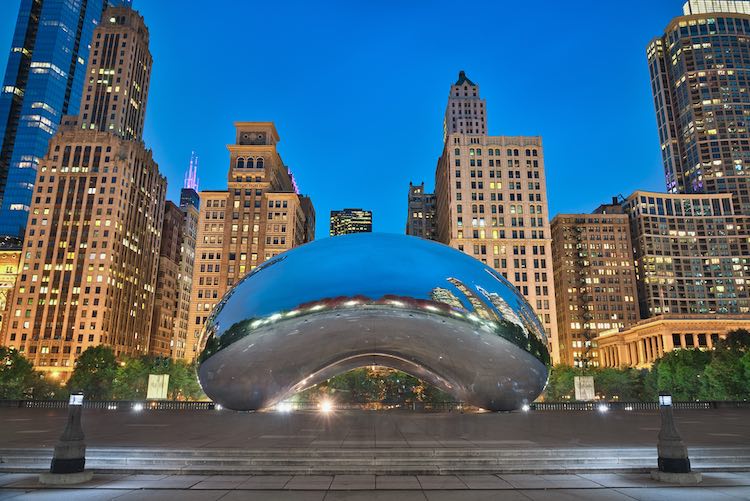 Reaction from Illinois stakeholders to Gov. J.B. Pritzker’s decision to end the period of remote registration for legal sports wagering accounts, less than two months after he initially allowed it to begin, was swift and harsh on Sunday. Operators told Sports Handle they were caught off guard by the decision, a consultant called the move part of an ongoing “tug of war,” and a local radio personality on Twitter called the move “terrible” and a series of words we, ahem, can’t print here (but check the tweet down below).

All this comes just days after Major League Baseball started its 60-game sprint, days before NBA and NHL are about to start their playoffs, and on the eve of daily fantasy and sports betting giants DraftKings and FanDuel preparing to go live in the state.

The move came Friday when Pritzker issued a new Executive Order (No. 48) that renews or extends some of the previous orders. No. 41, which lifted the the requirement that persons sign up in person to establish a betting account, wasn’t on the list. And by midday Sunday, seemingly anyone with an interest in sports betting was chiming in.

This ‘stinks out loud’

Here’s a peek at some of the comments you’ll find if you search “Illinois sports betting” on Twitter:

Excuse my language on a beautiful Sunday morning, but this is FUCKING BULLSHIT.

Perfect timing, Illinois. NBA and NHL are about to return. DraftKings, FanDuel, PointsBet, WillHill are about to enter the market. We can’t get out of our own way.

Are any of my followers in Illinois? Today's the last day to sign up for a sportsbook ONLINE (for who the hell knows what reason). All in-person after today.

And, you can’t bet on these sports now

On the heels of Pritzker’s latest order, the Illinois Gaming Board apparently also pulled back on what sports it is legal to bet on in Illinois. According to BetRivers — which tweeted out early in the day that the remote registration was being rolled back — it had to pull offerings on PGA Tour events, NASCAR, Korean Baseball, and some lower-tier soccer leagues.

Unlike in some other states, the IGB does not list what events are part of its sports betting menu, and while there could be a valid argument for why lower-tier soccer or even Korean Baseball was pulled, it’s curious why the agency would suddenly disallow wagering on big-time mainstream sports like golf and auto racing.

And you thought sports betting in Illinois was already a shitshow….

The obvious question about the rollback of remote registration is why Pritzker opted not to extend Executive Order No. 41, which states:

Section 1. During the duration of the Gubernatorial Disaster Proclamations, the provisions in the Sports Wagering Act, 230 ILCS 45/25-30(f), 25-35(f), and 25-40(i), requiring in-person creation of a sports wagering account at a facility authorized pursuant to the Act in order to participate in sports wagering offered over the internet or through a mobile application, are suspended.”

Meanwhile, Pritzker extended a bevy of other proclamations.

Now this is speculation, but it appears the governor’s goal all along has been to protect Rush Street Interactive, the Illinois-based gaming company that owns Rivers Casino-Des Plaines and the BetRivers mobile sports betting app. For now, its app is the only game in town for digital sports betting.

When the original law was written, it gave RSI and other brick-and-mortar casinos a more than 18-month runway to establish a foothold in the online/mobile market before DraftKings and FanDuel could go live. The delay, which is really more like 21 months, including a three-month application period, was a compromise after RSI, through some forceful lobbying, asked lawmakers for a three-year delay. The basis of the request is part of an ongoing disagreement with DraftKings and FanDuel, which RSI maintains were operating daily fantasy platforms illegally in the state and should not be allowed to leverage their databases for sports betting.

According to a 2015 Illinois attorney general’s opinion, the companies were both operating illegally in Illinois before — and continued to do so after.

From a purely practical standpoint, the U.S. is fighting a pandemic, and citizens are encouraged to stay at home, social distance or otherwise keep away from their fellow man. Though Illinois casinos got the go-ahead to re-open on July 1 after a three-month shut down, why encourage sports bettors to risk their health to go register at a casino?

But recently, both DraftKings and FanDuel have been exploring ways around the delay. This month, DraftKings announced a partnership and rebranding plan with the Casino Queen in East St. Louis. If DraftKings can negotiate the ever-changing branding landscape (see story here), the deal would allow it to go live with sports betting as soon as the IGB extends “provisional” wagering status to the Casino Queen.

DraftKings and FanDuel were awarded Temporary Operating Permits in Illinois on July 17 and competitor PointsBet got approval on July 14. Of the three, only DraftKings is partnered with a gaming venue that has been licensed.

Chatter around the industry pointed to DraftKings and FanDuel planning July launches. PointsBet hasn’t publicly shared a potential live date, but no doubt they’ll be in the mix. The trick for all of them will be figuring out how.

An industry source said his company had already spent considerable time — and presumably money — to make a plan under the June 4 Executive Order. And another said his company is “excited” to go live, but that its hands are effectively tied until the IGB makes a move on licensing. Suffice to say, anyone preparing to launch in Illinois is currently struggling to understand what the rules are, and when that might be.

The IGB’s next regularly scheduled meeting is set for Thursday.

From legal to live and beyond

Illinois lawmakers legalized sports betting in early June 2019, and Pritzker made the bill law on June 28, 2019. For an idea of how crazy the ride has been since then, here’s a look at some key dates: